By Nazgul Zhenis in Business on 18 October 2015

ASTANA – The first rollout of domestic rail products in Kazakhstan took place Oct. 16 at the Aktobe Rail and Section Works (ARBZ), reported the press service of Kazakhstan Temir Zholy (KTZ), the national railway company. Beginning domestic rail production is a significant event in the history of the country’s industrial development, it noted. 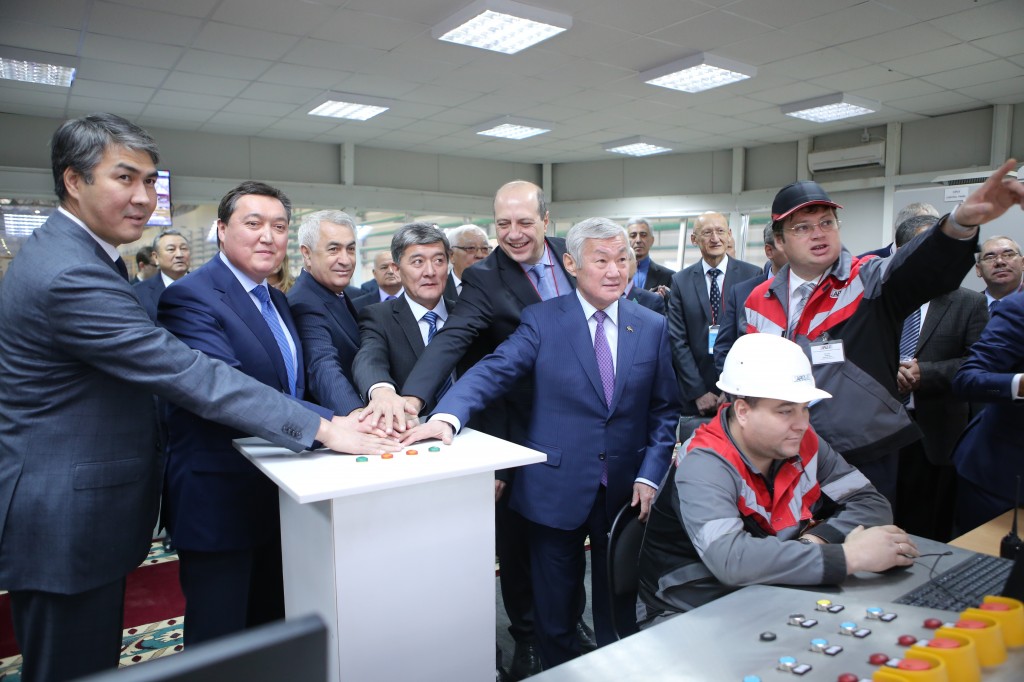 The enterprise is the first of its kind within the Commonwealth of Independent States (CIS), the press release explained. During December’s national teleconference “New industrialisation of Kazakhstan: results of 2014 and of the first five-year plan” with the participation of President Nursultan Nazarbayev, the green light was given to launch the first phase of rail production.

Construction of the plant and the process of running the assembly line were completed in the shortest possible time and the company has initiated production of finished products, stated the release. 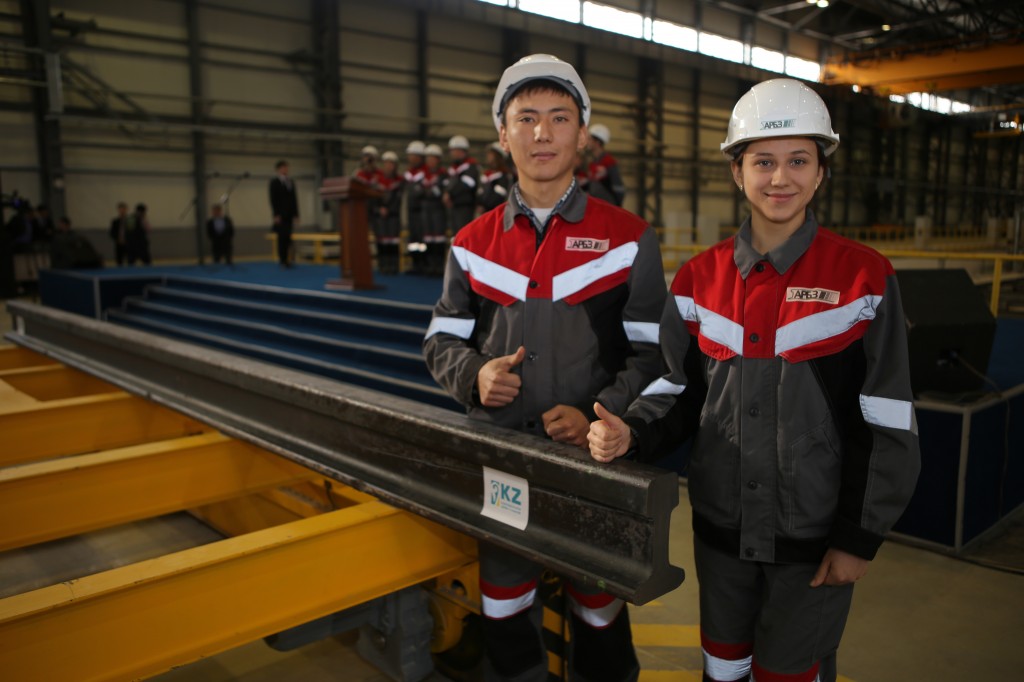 Mamin noted the project was completed through the partnership with leading companies such as Alstom, General Electric, Siemens and Talgo.

“On request of the President in the framework of the industrialisation programme, a new branch of railway engineering was created in a short time period in Kazakhstan. Moreover, new factories for the production of freight and passenger locomotives, electric locomotives, railcars, railcar castings and engineering tools infrastructure [were built],” he said.

ARBZ design capacity is 430,000 tonnes of steel per year. The company began producing hardened 120-metre, R65 mark rails created for high-speed railways and will produce 230,000 tonnes of rolled steel beams, angles and channels. The production will satisfy the need of Kazakhstan and neighbouring countries in rail and structural steel products.

The same day, ARBZ hosted a roundtable on the development of railway engineering in Kazakhstan and prospects for international cooperation, reported the press service.

According to the participants, a fruitful dialogue was conducted between the producers of railway-related goods and services in the Eurasian region and the financial institutions.

In particular, those involved became acquainted with the DBK programme supporting Kazakh exports.

“The Development Bank of Kazakhstan took part in financing the construction of ARBZ and is now ready to provide financial leverage to expand the supply of plant products to foreign  consumers,” said Chairman of ARBZ Bolat Zhamishev.

In addition, memorandums of cooperation for delivery of finished goods were signed between ARBZ and the railway administrations of Azerbaijan, Belarus, Georgia, Kyrgyzstan, Tajikistan and Uzbekistan.