ASTANA – For four decades, Kurchatov, a town in East Kazakhstan, was the secret centre of operations for the Semipalatinsk Nuclear Test Site. Due to the surprisingly large number of scientists per square kilometre living there and engaged in peaceful research, the area is known as Science City. 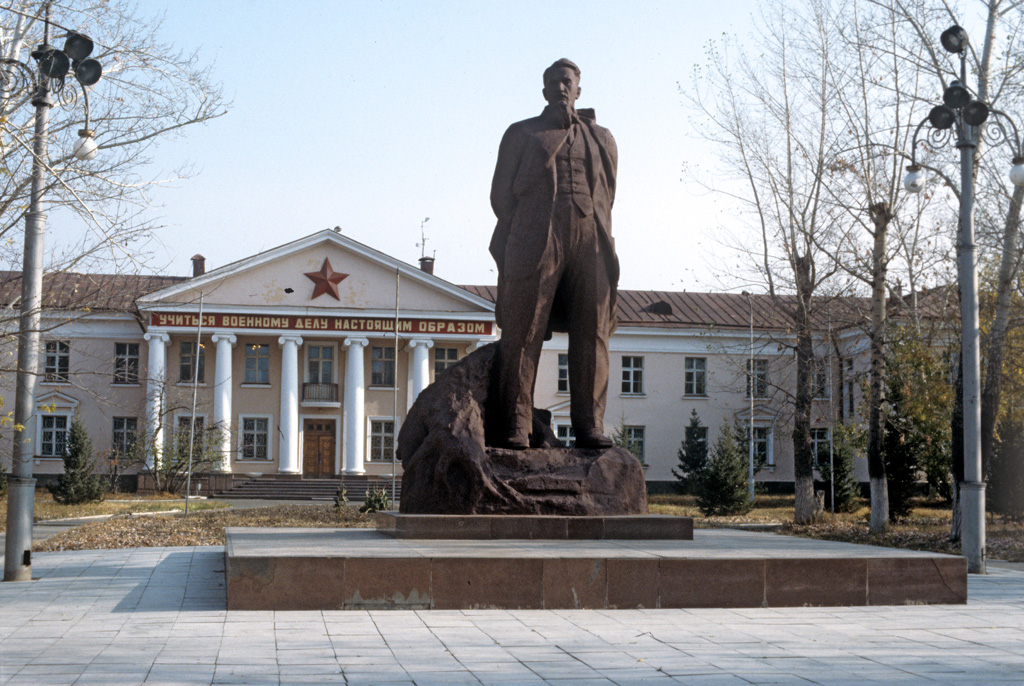 “Life in the town is very interesting. Besides, I usually use the word ‘very’ often when I describe Kurchatov, because it is really very interesting, very far, very cold there. I can’t speak for everybody, but when I lived in the city, I experienced pride in my involvement in science [and my] cooperation with very talented people, people of action. I experienced a very strong sense of interest and love for my work,” said former National Nuclear Centre scientist Natalya Bryantseva.

The town was named for the great Soviet nuclear physicist Igor Kurchatov. In its heyday, Kurchatov, then called Semipalatinsk 21 or Konechnaya (“The Last Stop”) was a closed city, one of the most secretive and restricted places in the Soviet Union, not shown on any public map. Kazakhstan’s National Nuclear Centre, a town-forming, state-owned company, currently manages the peaceful nuclear facilities and research work here. The municipality’s population has fallen from approximately 20,000 to around 8,000 due to the cessation of nuclear testing and the decommissioning of the test site. The population is now growing again and the town is booming in expectation of the coming construction of a nuclear power station in the area.

Bryantseva moved to Ust-Kamenogorsk a few years ago and works as a scientist at the Ulba Metallurgical Plant.

“I had many different feelings when I moved to Kurchatov in 2001,” she recounted. “It was a small town with no people in the streets, with houses brought to destruction. My father said that it would be very easy to make a film about war in the town. Nowadays, it is actively developing. It is full of life, as a man who was ill and now gains strength after his illness. The destroyed houses are reconstructed, streets are repaired, new kindergartens and schools are being built and new shops are opened.”

The scientist noted numerous advantages to life in Kurchatov, such as the chance to constantly pursue self-development and the aspiration to get ahead and gain knowledge and skills. She also had the opportunity to meet interesting people and attend international conferences held in the town, where she engaged with colleagues, shared experiences and discussed scientific problems and had the chance to visit any laboratory in the world.

“I liked the air and the silence in Kurchatov. You can’t find either in big cities. I consider that this town is perfect for those who look for silence and rest for their lives. Besides, its laboratories are really great. Every expert in the town has the widest breadth of themes thanks to the former Semipalatinsk Nuclear Test Site,” said Bryantseva.

With advantages came disadvantages, she added, the latter the result of the former. The requirements for experts are extremely high and individuals need to continually develop themselves. Scientific work and conference participation are typical and those in laboratories must be firm and single-minded.

“Being lazy and slow is absolutely impossible. It is usual for your work to take 20 hours a day and seven days a week. Naturally, not everyone stands the test. Conditions of life in the town are really bad. The absence of hot water is normal,” Bryantseva explained. “Absence of cultural entertainment is usual, too. There is no cinema and theatre there. Medicine is not developed. If you need to visit a specialised doctor, you have to go to another city. The nearest is 150 kilometres from Kurchatov. The long haul bus service is very uncomfortable. Local shops can’t offer a wide range of goods. Th situation is the same with services. I hope that it will be changed after the nuclear power station is constructed there. It will be a very good change for the town, especially as it has so many really good specialists,” said Bryantseva.

If asked to give Kurchatov a second name after Science City, she would call it Paradox Town.

Bryantseva considers the former Semipalatinsk Nuclear Test Site to be a unique laboratory in itself, where any scientist can conduct any research in any field in the open air.

“Also, Kurchatov is famous for its own great history,” Bryantseva said. “This is the place where the Soviet Union created its own ‘nuclear shield’ and the power balance of nuclear weapons during the Cold War was developed. Of course, the town is remarkable for everything which is connected with the greatest scientist, Kurchatov. Also, the town’s church is the former house of Lavrentiy Beria, the right-hand man of Stalin. Pripyat city in Ukraine, sadly remembered because of the Chernobyl catastrophe, is very popular among tourists from all over the world, especially during the last five years. Such type of tourism is called techno-tourism and it is very profitable,” she said.

Bryantseva feels this type of tourism should be developed in Kurchatov. This theme is discussed often and one travel agency is working on it, but more interest needs to be generated.