Forgoing Meat in the ‘Land of Wolves’

ASTANA – For foreigners, being vegetarian in Kazakhstan can be challenging, but for locals, it’s practically subversive. This is a culture, after all, that has given rise to the saying, “The only creatures that eat more meat than Kazakhs are wolves.” With a cuisine dominated by meat and dairy and the presentation of a sheep’s head a standard way to honour guests, Kazakh vegetarians and vegans find themselves with a lot of explaining to do. 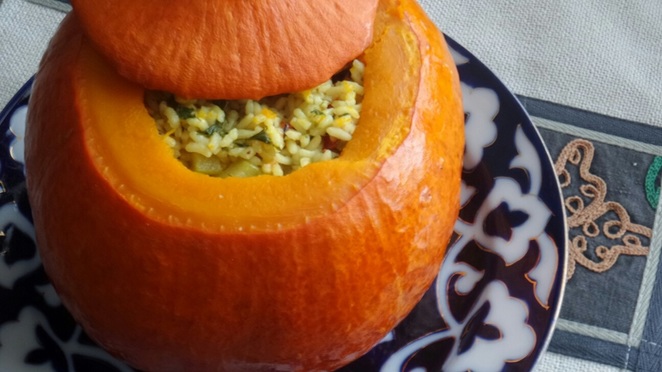 “I’ve been vegetarian for ethical reasons since the age of 14, so when I came to Kazakhstan at the age of 24, I’d already been vegetarian for 10 years and was not going to compromise,” Stanley Currier, co-founder of the Vegetaristan website, told The Astana Times in an Oct. 5 interview. Over 15 years in Kazakhstan, there were only two times he felt he absolutely had to eat meat, he said.

“My first meal with my host family in the Peace Corps was one. Even though they had been ‘prepped’ that I was vegetarian, they still prepared a sheep’s head in my honour on the day I moved it. I took a very tiny bite under the watchful eyes of my host parents,” Currier said.

The other time, in Kyzylorda, “I was the only foreigner at the event and was put at the head table. Over the course of several hours the only food served (along with copious amounts of alcohol) was meat and baursaks, and again, I had many expectant eyes on me through the evening. Those were the only two instances – otherwise, I’ve turned vegetarianism into a chance to share my beliefs and philosophy.”

With the number of available imported products – and perhaps ideas – growing steadily and an increasingly cosmopolitan population, it is getting slightly easier, and slightly more common, to live meat-free in Kazakhstan. Currier has seen huge changes happen since he first arrived, he said.

“While people might not be vegetarian, there are many more vegetarian options available at restaurants, cafes and gyms,” he said. “I’d even say that it’s become somewhat trendy to eat more of a plant-based diet among the health-conscious crowd.”

With Vegetaristan, Currier and co-founder Baurjan Safi of Almaty wanted to promote vegetarian recipes using products from local bazaars or supermarkets. “We wanted to highlight healthy, plant-based recipes, and also show people that many traditional Central Asian dishes can be made without meat,” even plov, lagman and manty, he said. The Facebook page has more than 2,000 followers now, and the group works with the Compote Studio in Almaty to lead vegetarian and vegan master classes, which they say are attended by primarily non-vegetarians curious about a vegetarian diet. There are also other social media groups for people to swap recipes and plan vegetarian events.

Still, it is a controversial choice, Safi said. His mother accepted it and took the opportunity to eat less meat herself, but his father is still critical. “When I explain to people that I’m vegetarian, they don’t usually accept it immediately – instead, they become aggressive in pushing their own beliefs.” Now, he says, her family accommodates her by serving her food prepared separately at family events.

Founder and director of Astana’s vegetarian VedRosy Flower Cafe near the Diplomat Hotel Vladimir Sarayev says they got the idea for the cafe after his mother, Tatyana, decided to go vegetarian and then shift to a raw food diet for health reasons. “We were thinking that there’s no vegetarian or raw food cafe here in Astana, so we decided to open one,” he said on Oct. 12.

The feedback is generally very positive, Sarayev said. Since the cafe doesn’t serve alcohol either, many people are starting to choose the cafe as an option for kids parties, birthday parties and other events intended to be healthy and family-friendly.

Ilya Chikunov, a chef at the cafe, has been a vegan for five years. He changed his eating habits to reflect his belief in the importance of animal rights and animal welfare, he said, but since he quit eating meat, he has lost weight and seen the health problems that plagued him disappear. That doesn’t mean that it has been easy, he said. “But if you want to do something, you can do it.”

Chikunov also says being from an ethnically Russian family made the change easier. “If I had been born in a very traditional Kazakh family, it would be hard. I know a couple of people born in Kazakh families [who are vegetarian] and their families hate it. At celebrations, they face a lot of problems.”

And while not many of his friends are vegetarian, they are all happy to eat his vegetarian food, he said.

“I feel happy. I have a lifestyle without violence. I am a peaceful man,” Chikunov said. As for other people’s negative reactions, he said, “I have responsibility only over myself, not over other people’s thoughts or reactions. I feel sometimes that I am rejected, but I am stronger than this.”

Chikunov never really liked meat, he said. “My parents pushed me to eat meat. They said I would be sick and weak if I didn’t eat meat. But now they realise that they were mistaken.”

Marketing professional Tatyana Plotnikova, 30, described herself as someone who tries to eat and live ethically in an interview with The Astana Times Oct. 16. This means sticking to a generally plant-based diet.

“Frankly speaking, Kazakhstan is not the most suitable place to have a plant-based diet,” she said, though it is easier now than it was 15 years ago. Still, today, sometimes even a basic understanding of what is or is not acceptable for vegetarians is sometimes lacking, she said.

“Once, I was assured by a waitress that their soup had no meat, and when she brought it, there it was – bacon. She thought, ‘It’s not meat, it’s just bacon.’ Many also believe that the fish, chicken, shrimp – all this may well be part of a vegetarian table. And, of course, the probability of having meat in soup broth is close to 100 percent,” she said.

Vegetarians can deal with this two ways, Plotnikova said: either take these misunderstandings in stride or eat at home. “My way is in the middle: I try to eat at home, but if you eat out and something isn’t right, don’t fall into rage or despair.”

The cultural component is a more difficult question. “Indeed, weddings, birthdays, banquets all create good chances to encounter misunderstanding,” she said. “I’m not talking about insults or bad attitudes, just a lot of questions, astonished eyes, a lack of alternatives on the table.” Over the years, her circle of friends has come to include more and more vegetarians and people who try to avoid cruelty or be environmentally aware in their consumption habits, and those who don’t share her lifestyle generally understand and accept it, she said.

Still, it is so unusual to be vegetarian in Kazakhstan that she often doesn’t bother telling anyone but close friends. “I’m just tired of responding to the same question a thousand times.”