CrossFit Takes Off in Astana

ASTANA – The fitness industry in Kazakhstan is constantly growing, offering an ever-increasing range of activities. Residents and tourists can now find almost any type of sport they want and go to any gym or fitness club they can afford. A group of local entrepreneurs decided to quit their careers in big companies and follow their passion by opening the first CrossFit gym in Astana. 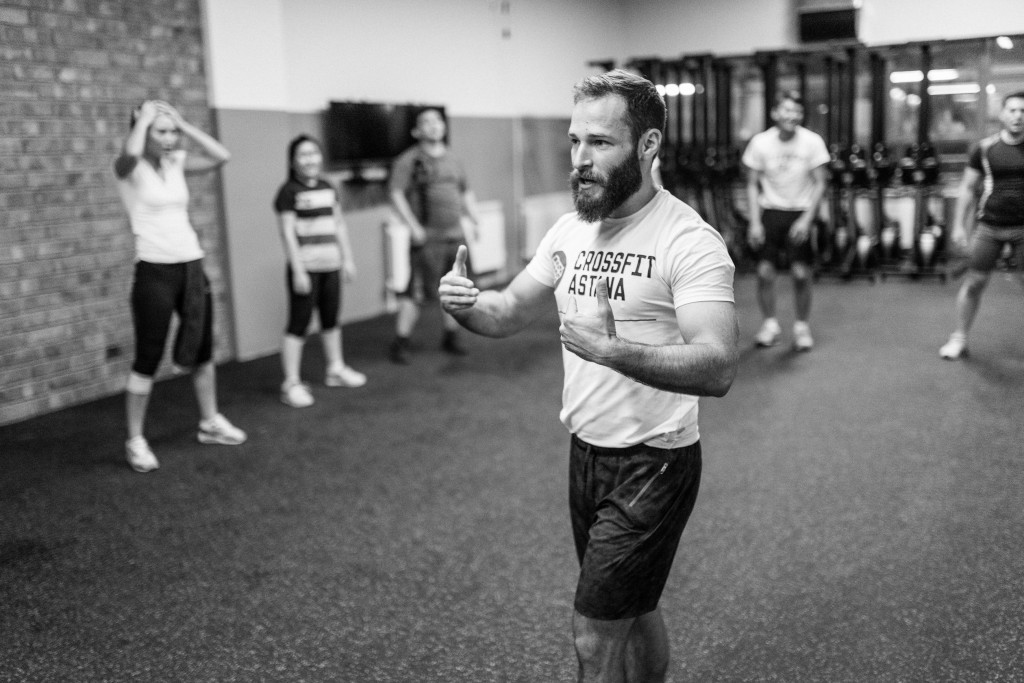 “I have studied in Great Britain. During the last year of my studies, I found out that there is a new direction in fitness: CrossFit. At that time, it had only begun to spread in Europe. But I started doing CrossFit workouts by myself later when I came back to Almaty, which already had CrossFit gyms. My friends and I decided to open a gym in Astana. I was working as an engineer in one of the fuel companies. I was so keen on that idea that I decided to quit my job. My friend Erik was working at a consulting company at that time and made the same decision,” said co-founder and Technical Director of CrossFit Astana Zhassulan Assanuly in a recent interview with The Astana Times.

The CrossFit Astana gym was launched in October 2014. Today, the brand already has two clubs operating in the capital. Both offer group and individual training programmes, as well as special programmes for beginners, called Basics, and for women under the name Lady CrossFit. The gym also offers monthly payment plans.

During the organisational process, the young businessmen studied U.S. practice, since it is the country where CrossFit was created. They wanted their gyms to be similar to American ones as much as possible. One of the founders even went there to see how they work.

According to Assanuly, CrossFit Astana focuses on a wide range of clients. “We wanted to create a unique environment for the community within the club. We organise special master classes for our clients on recovery after trainings, personal growth, weightlifting and special skills. We go out of town. The community here unites with those types of events. Here everyone knows each other. We, the founders, go to workouts with the clients also,” he added. 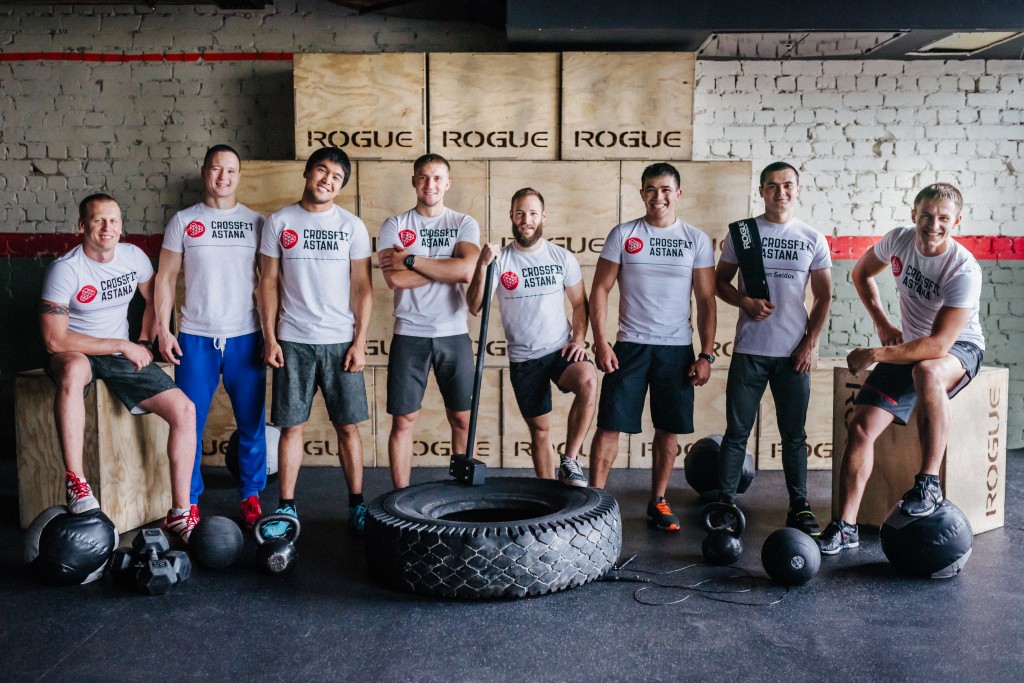 The entrepreneurs are planning to expand their chain and for the next step they are planning to open another gym in Almaty. “For now we are working on that. We want to become the best and biggest CrossFit chain in Kazakhstan,” said Assanuly.

He also shared his opinion why CrossFit and fitness are becoming popular throughout the country. “People now understand that health plays a huge role in life. A healthy person can achieve a lot. We can see a lot of examples now which show that sports works. If a person works hard, he gets results and it is reflected in other parts of his life,” he said.

CrossFit Astana also invited a specialist from the country of its origin, experienced high-level trainer from Austin, Texas, Benjamin Palmer. He has been involved with CrossFit since 2011.

“I really enjoy different challenges that CrossFit presents. When I first began, what I liked about it was that it levelled the playing field. Also, I picked it up very quickly. My background is actually endurance sports. I have been coaching for four years now,” said Palmer in an interview with The Astana Times on Sept. 29.

Before coming to Kazakhstan, Palmer worked as a trainer in Kuwait for a year and a half. Now he is a trainer at CrossFit Astana and shares his experience with local trainers, as well as leads trainings with clients.

According to Palmer, the approach to a CrossFit gym in Kazakhstan totally differs from the U.S. “Usually gyms in the States are located in old car garages or old warehouses. Usually they are not so nice. But here it’s a brand new facility, including a sauna, showers and other conveniences,” he stated.

CrossFit is considered to be a sport more for men, rather than women, because it has elements of weightlifting and powerlifting. But the tendency seems to be changing. 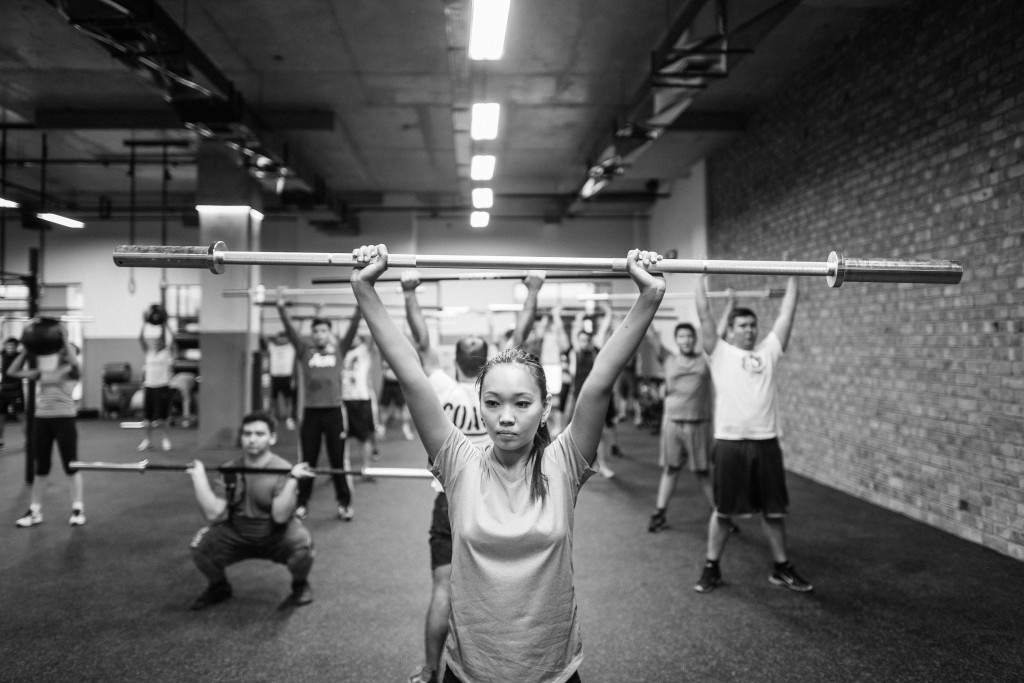 “Initially, when CrossFit gyms began in the U.S., they were predominantly male. And as a gym lifecycle kind of came all the way through, most of the gyms in the U.S. ended up being predominantly for women. They really like the social aspect of being in the class. While men are comfortable going to the gym, doing the workout and listening to the music, here in this gym, I would say one third are women and two thirds are men. As CrossFit is becoming more commonplace in Kazakhstan and Astana specifically, it will move closer to equal numbers; I would say in five or six years. We have mixed classes here. Around 70 percent are men and 30 percent are women. And we have women’s classes. Most of women prefer to go to women’s classes because they feel more comfortable,” said Palmer.

The trainer also shared his opinion on why CrossFit has become a trend in the world fitness industry. “As I see it now, [it is about] physical training as a way for people to self-actualise. It is something that everyone can do. Most people are still not good athletes, but they can do something. CrossFit is a really nicely packaged way for people to experience that in a supportive environment. And it can bring up some parts of their lives.”

“On the surface level they can feel better, stronger and fitter,” Palmer said. “We see that when this part of life is being brought up, other aspects start to be brought up as well. When you get your physical side tuned up a little bit more, everything else sharpens up. I’m not saying if you lose two kilogrammes, you will start making $10,000. It doesn’t work that way. [But] it can be a catalyst for self-improvement. The sport also serves as a great antidepressant. It helps fight stress and anger. And CrossFit is popular for a reason. The thing that I think is the best quality of CrossFit is that the training works if you are consistent with it. And because you are in a cumulative group environment that’s led by a coach, people are more likely to stay consistent. So it kind of feeds into itself. So because of that, people get results and they keep coming back,” he concluded.

CrossFit workouts include elements such as high-intensity interval training, weightlifting, jump training, powerlifting, gymnastics, calisthenics and other exercises. There are more than 10,000 affiliated gyms in the world where people improve their skills. The original gym is in California and was founded by Greg Glassman.