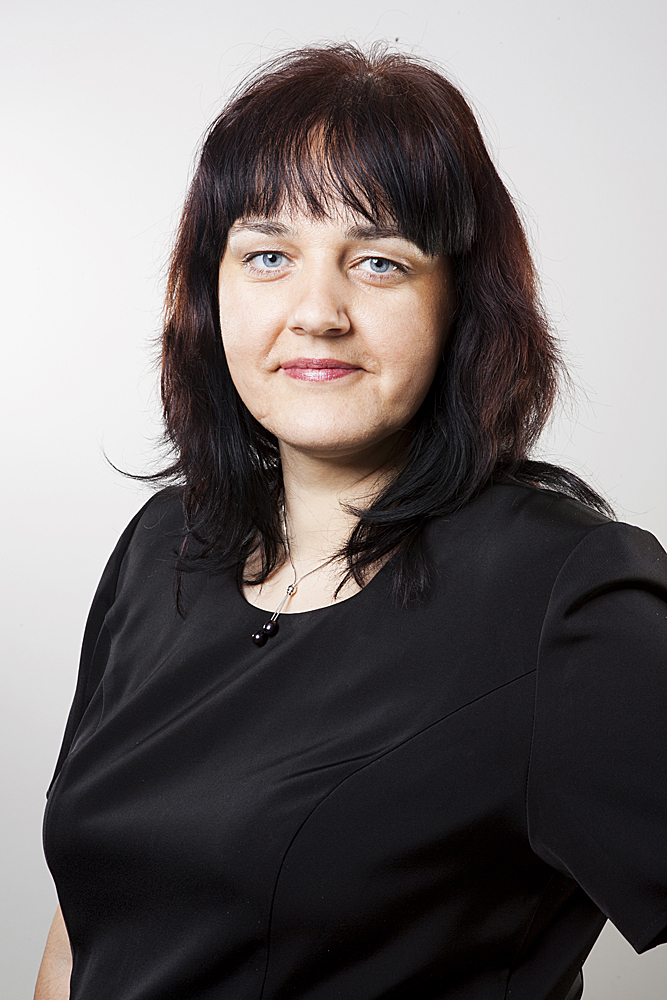 Gintarė Diliūnienė, International Programme Coordinator, the Lithuanian University of Health Sciences:
First of all, let me express my sincere gratitude for the honour to be here with you and to be able to welcome such an important conference. I am absolutely convinced that regular live contact between people united by the same ideas and same tasks is strongly required. I wish my colleges fruitful work at the upcoming conference, which is an effective business platform for discussion and practical solutions for the future. During the conference, my colleagues and I will present the Lithuanian University of Health Sciences, recruit students and fellowship researchers, hold consultations and meetings with the Bolashak Programme graduates, which studied at our university at different times. We appreciate being part the of the Bolashak Programme, and are very proud of the fact that it creates a new generation of professionals by training highly qualified specialists. We are pleased that the Lithuanian University of Health Sciences is in the Bolashak List of the best institutions of the world (229 institutions from 23 countries), in which the Bolashak scholarship holders can study abroad. Fourteen scholarship holders completed internship at the LUHS over the past three years. 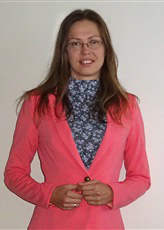 Ausra Razgune, leading specialist for International strategic partnerships, Vilnius University:
The Bolashak Alumni Reunion Conference and Education Fair (BARCEF) is becoming a great platform for establishing new partnerships not only among universities, but also businesses. We see a great future for BARCEF conference as an event providing networking opportunities for a wide range of organisations. Vilnius University is interested in finding common ground with Kazak universities and establishing collaborations in different academic spheres, which would lead to a long-term partnership. Since it has been only a year of Vilnius University participation in the Bolashak programme, the exchange is not yet active with our university, but we already received several requests and we look forward for first enrolment. We would like to congratulate the administrator of this programme with the 10th anniversary of the CIP and wish all the luck and success in gathering more and more members and participants each year.

Duan Chunming, director, International Cooperation Department, North China Electric Power University:
I would like to propose arranging the occasion of letting participant universities to talk face to face about possible collaboration and sign a memordum of understanding, to make more opportunities for the participant universities to meet, talk and sign the agreement, to have the opportunity of attending the round table talk with Kazakh universities and officers from the Kazakh government, to know Bolashak more and join into the Bolashak collaborative partner network. 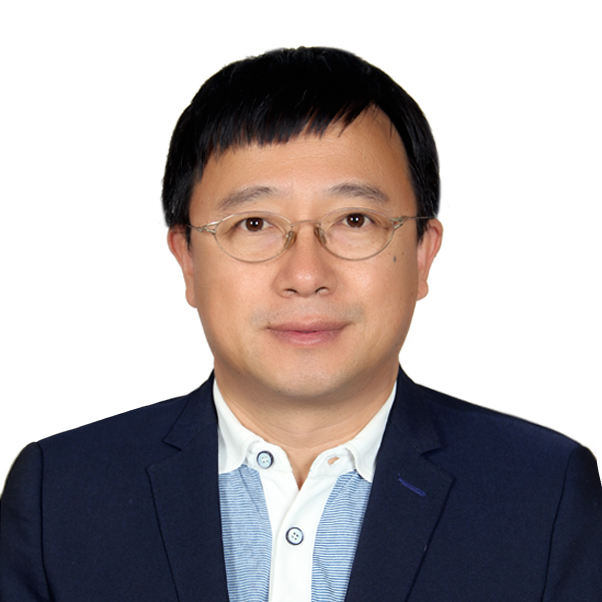 For future work within the conference, I would propose to make it a platform for China Universities, universities from Kazakhstan, and universities of other regions across the world to gather together and raise some key points of view regarding higher education, to make it a place for making friends and collaboration partners, to discuss substantive collaboration, such as renewable energy, cross-border electricity transmission, student exchange programmes in a specific area, to explore the articulation program at the undergraduate level by admitting credits mutually. 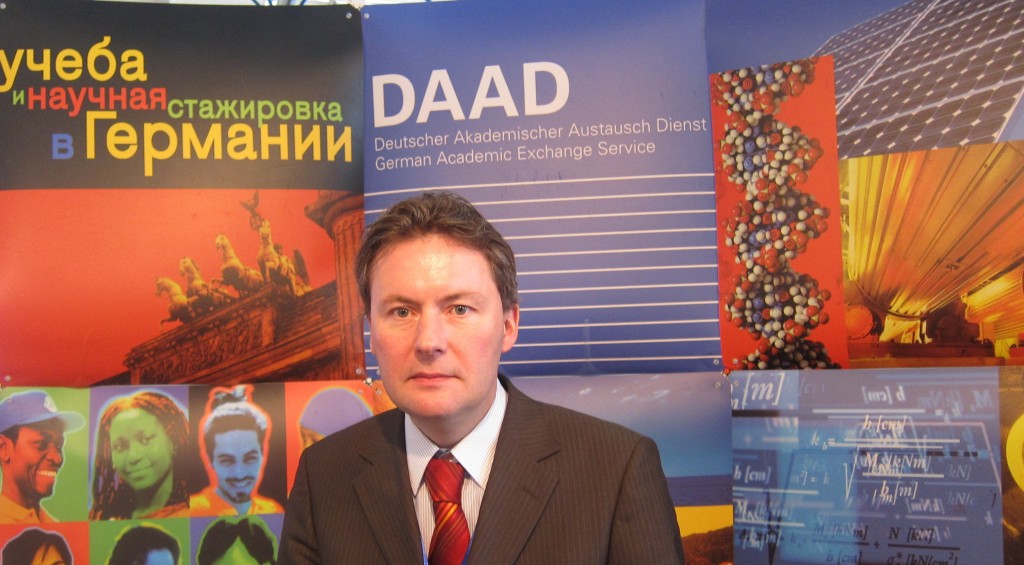 Michael Jaumann, director of the DAAD Information Centre Kazakhstan:
Founded in 1925, the DAAD is celebrating an anniversary this year – as does the Centre for International Programmes, which since its foundation ten years ago evolved into one of the most important partners for the DAAD in Kazakhstan. The DAAD has been working in this country since 1987, when the first lecturers from Germany were sent to universities in Almaty. Until today, more than 3,000 students and scholars from Kazakhstan received financial funding by the DAAD. Since 1994, the DAAD has been cooperating with the Bolashak Programme and everyone in our service is proud to look back on this long and stable relationship, including our close ties to the CIP. The motto of the DAAD is “change by exchange” – the Bolashak Programme fits perfectly into the idea of of mutual collaboration that is expressed by this phrase. With Bolashak the Republic of Kazakhstan and her President demonstrate their engagement for internationalizing and further developing the higher education system. For Germany and the DAAD, this close cooperation with Bolashak means that Kazakhstan is not only a receiving but also a giving partner, a unique situation highlighting Kazakhstan’s leading role in Central Asia.

As a result of global university expansion and increased marketing efforts, the number of international students enrolled at German universities has grown substantially, especially over the past 20 years. Today, Germany ranks third, in absolute numbers, among the countries hosting international students. Of the international students studying in Germany, more than one in four is a so-called Bildungsinländer, that is, a resident foreigner holding a university entrance qualification acquired in Germany. The percentage of international students varies from one university to another, ranging from 5 percent to 35 percent, with a mean of approximately 12 percent. In the last years the number of foreign students at German higher education institutions has risen again. Approximately 282,200 foreign students were enrolled in Germany in the 2013 academic year, approximately 17,000 more than in the previous year. Supported by the generous financial support given by the Republic of Kazakhstan through the Bolashak programme, also many Kazakhstanis participated in this trend and they continue to do so.

Foreign students are drawn by the high quality of German universities and by their general interest in Germany, the European Union’s most populous member state and its strongest economy. And there are approaches to further improve the academic system in Germany. One example is the Excellence Initiative: To support top-level research (with Clusters of Excellence) and outstanding early-career academics (with Graduate Schools), as well as to recognise universities whose Institutional Strategy for the Future promises to boost their competitiveness in the international arena, the federal (75 percent) and state governments (25 percent) of Germany are spending almost €5 billion (2006-2017). Funding decisions in this initiative were made by international committees under the leadership of the German Research Foundation and the German Council of Science and Humanities.

Once again “Bolashak” scholars with the generous funding of their government are taking part in those developments. There is a pre-selected list of 18 outstanding universities in Germany as a destination for Bolashak-supported Master studies, and the hope is high to further increase the number of universities on this list. Together with the CIP, the DAAD is administering the Bolashak scholars who are going to attend these universities. The central office of the DAAD in Bonn also supports the scholars in adjusting to daily life in Germany and organises pre-study language classes for them.

We would like to congratulate our friends and colleagues at CIP for the 10th anniversary, we wish all the best for the future, and we hope for more warm and fruitful cooperation in the decades to come. 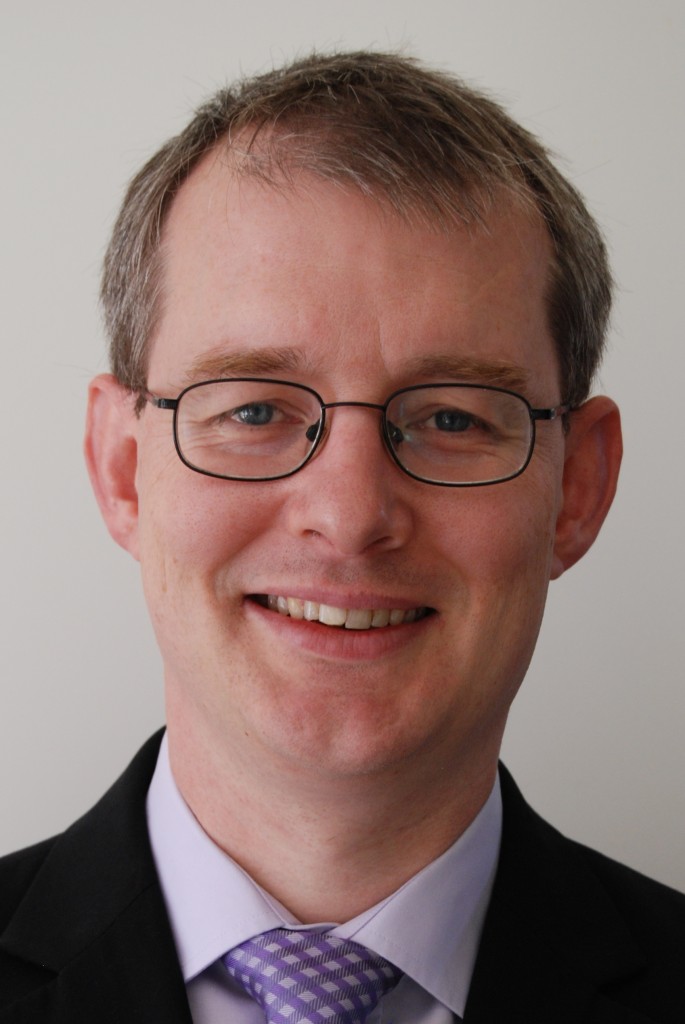 Simon Gooch, director of student recruitment, Europe and Africa/ELS European Pathways, ELS Educational Services, Inc.:
ELS has only recently been approved by Bolashak so we have no alumni to date evaluation of the first conference BARCEF, which was held in 2014.
This year will be our first Bolashak conference with wishes to the administrator of this programme in honour of the 10th anniversary of the CIP in 2015.
It is a great honour for ELS Educational Services, Inc to be invited to this conference and we look forward to participating in it. The CIP plays an extremely important role in the economic development of Kazakhstan through the development of its most talented youth and we congratulate CIP on its 10th anniversary and look forward to playing our part in the next 10 years.