ASTANA – In two years, Astana’s professional women’s hockey team, Tomiris, went from fourth place to second, and now, looking ahead to the beginning of their third national tournament, coach Alexander Tebenkov says his team is definitely a contender for first. In fact, he’d put them up against the women’s national team, he told The Astana Times during a recent interview. 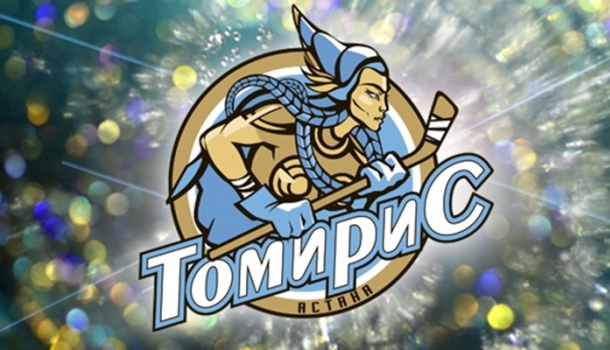 “I’m really proud of this team. They work really hard, and definitely, they’re going to do well this season,” he said. Tebenkov declines to name any particular stars, saying “Hockey is a team game, and the whole team is a star.”

The coach expects the next national tournament to begin in November. Tomiris doesn’t play as part of an international league, as the men’s hockey team does, but in a nationwide tournament battled out in three stages from November to May. The women of Tomiris, who come mostly from Astana but include players from across Kazakhstan and Russia, face off against other women’s teams from Almaty, Pavlodar, Rudny and Ust-Kamenogorsk.

The decision to create a women’s team in Astana came from on high, the coach said, part of the country’s wave of effort to improve its international athletic performance. With the 2017 Winter Universiade to be held in Almaty, the recent campaign to host the Winter Olympics, and major expenditures on the Astana football club and other high-profile teams, Kazakhstan is investing in its sports, and women are also being courted. In addition to the professional team, the Tomiris 2 feeder team is being established for aspiring players, as well as teams for younger girls.

Tebenkov, who has coached men since 2006, but only became a women’s coach three years ago, said he had to change his style of coaching a bit to work with women. “Of course in the beginning, it was a little bit difficult, because with men, you can just say what you think. For girls, the whole approach should be different. But with time, we came to understand each other, and now it’s OK.”

He felt he had to learn to communicate differently, Tebenkov elaborated. “Sometimes as a coach, you have to yell. With men, they just take this as usual. For women, they get emotional, they might get teary.” The coach says he trained himself to act differently, even studying psychological books.

The four women interviewed for this article like their coach, love the camaraderie of playing on the team – and love the opportunity it gives them to play “emotionally.”

“I have played sports since I was little,” said team captain Bulbul Kartanbayeva, a forward. “I tried different sports like football and other things, but I really liked hockey in the end. It’s impossible not to love it. I love hockey because it’s a team sport, and because it’s so emotional.” The highs and lows of a game are intense, and are expressed on the ice, she said. “You might get in a fight, but then you get a goal and the emotions are completely different.”

Defender Yulia Butorina was a figure skater when she was invited to join the hockey team. She says she likes the teamwork of both sports, but while figure skating was more feminine, she also likes how hockey allows her to be more “emotional,” too.

Aizhar Khamimuldinova said she was fascinated by hockey as soon as she learned how to hold a stick, when she was 12. Kristina Shanshina’s mother got her into hockey when she was 13. Her mom likes hockey, she said.

Her mother may be unusual. “Women say it’s not a sport for women,” all the players sigh when asked how people react to their profession. Men are really interested and ask them lots of questions about the sport and their team, they say. But women in Kazakhstan? “‘How do you do it?’ women always ask,” Khamimuldinova said. Even our friends support us, but they also say it’s something they wouldn’t do, she said.

Laura Millard, who teaches physical education at Astana’s Haileybury School, got involved with the team through the English Ice Hockey Association, she told The Astana Times on Sept. 30.

“It isn’t as difficult as you may think, training with a team with very little common language but hockey is hockey in any country. If the coach draws on the board, I understand what is happening. I’ve been playing 17 years now so it’s much the same!”

Millard says there still seems to be some stigma around being a woman in a sport that calls for size and toughness. Tomiris trains on the ice every day, she said, but wonders if there’s some stigma to lifting weights and getting “big.”

“Being a strong western woman living in Astana, the local women at work are interested in my strength and power, the fact that I train often, eat protein and lift weights. But they certainly aren’t in a rush to join me!” Millard said.

There is something of a rush to be associated with hockey, and with Tomiris, however. “Astana is a hockey city,” said Butorina. This is both good and bad. “Young women come to join the feeder team, Tomiris 2, because it’s a trend, it’s fashion, because men think it’s cool.”

For the professional players, however, it’s something more. “For us, this is our second family. It’s our whole lives,” said Shanshina.