ASTANA – A range of international activities and events were organised Oct. 24 to commemorate the 70th anniversary of the United Nations. More than 200 landmarks in 60 countries, including the Great Wall of China, the Pyramids in Egypt, the Eiffel Tower in Paris and the Empire State Building in New York, were lit in the organisation’s official colour to “Turn the World UN Blue.” Astana and Almaty joined in the global action. 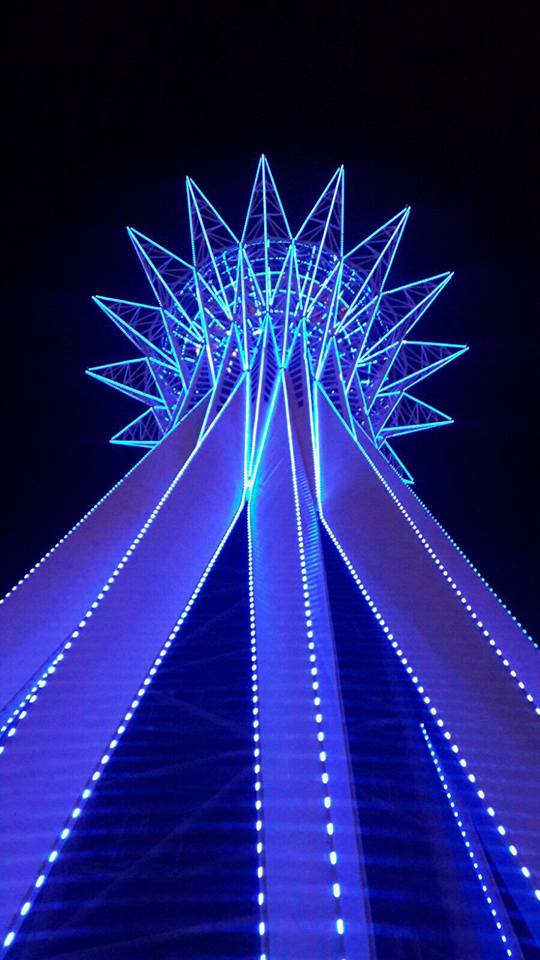 In advance of the jubilee, the Kazakh Ministry of Foreign Affairs held an Oct. 22 roundtable discussion dedicated to the UN’s achievements.

“The establishment of the United Nations 70 years ago was a historic and symbolic event. As a fundamental element of the modern world order, the organisation through its principles expresses the hopes of the people of the world,” said Foreign Minister of Kazakhstan Erlan Idrissov to open the meeting.

UN Resident Coordinator in Kazakhstan Stephen Tull, who ended his mission in the country the week of the anniversary celebration, recalled the history of the UN, its mission and its goals in his speech at the event.

“Kazakhstan is embarking on a massive domestic reforms programme in five important areas and the nation is continually re-affirming its commitment to the UN Charter and the principles of international law. Kazakhstan is giving full support to and also joining other member states in looking at a series of options for funding implementation of the 2030 sustainable development agenda. Kazakhstan is even planning ahead for the world of 2045, the 100th anniversary of the UN, with the global strategy initiative of the President,” he said.

The symposium continued with a reception on behalf of the Kazakh Ministery of Foreign Affairs and ended with a concert by music students from the National University of Arts.

On the day of the anniversary, Astana and Almaty joined the global campaign designed to unite citizens of the world and promote the message of peace, development and human rights. Baiterek Tower in Astana and the Palace of the Republic and Hotel Kazakhstan in Almaty, a local landmark that for almost two decades was the tallest building in the country, were highlighted in the UN’s signature colour. The citizens of both cities could also participate in flashmobs dedicated to UN Day.

In his anniversary message, UN Secretary-General Ban Ki-moon expressed hope that “by turning the world UN blue for a day, we can light a way to a better tomorrow.”