By Aiman Turebekova in Nation on 22 October 2015

ASTANA – The presentation of the annual report of the Human Rights Commission under Kazakh President Nursultan Nazarbayev was held Oct. 20 at the Foreign Ministry. 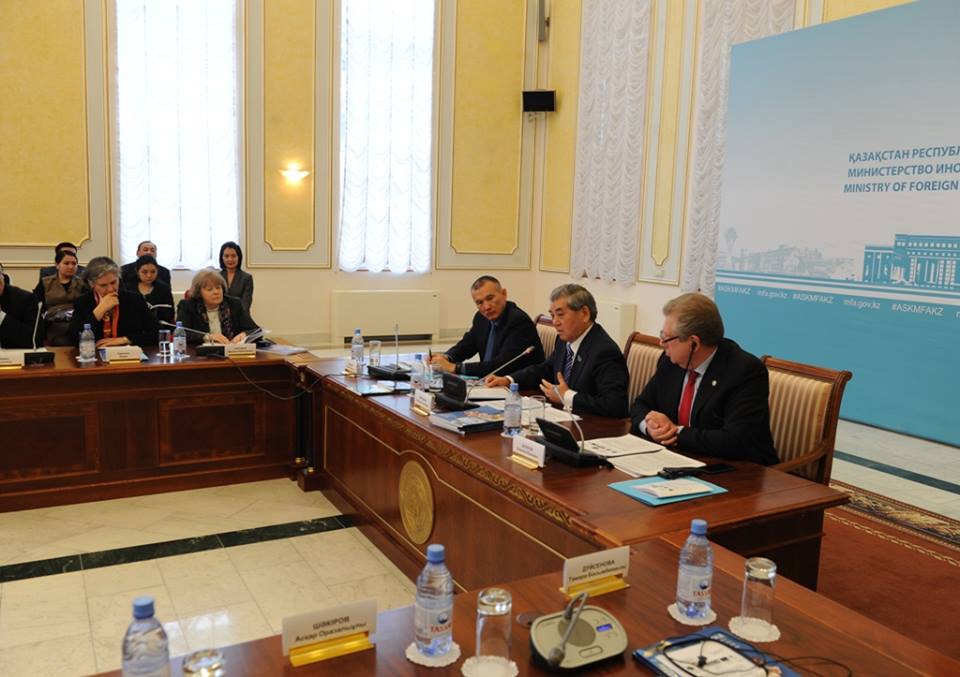 The document on the situation with human rights in Kazakhstan was developed with the involvement of civil society activists and legal experts and endorsed by the head of state.

The report assesses the state of human rights in the nation for the period from Jan. 1, 2014 to April 30, 2015. It provides an overview of the way Kazakhstan implements its international human rights obligations and analysis of national legislation and practices related to the respect for human rights and fundamental freedoms. The paper also contains an analysis by the commission’s members of the activities of the national human rights institutions as well as legislative recommendations to enhance human rights protection mechanisms in specific areas, such as the freedom of assembly, expression and religion.

Among the guests were 170 parliamentarians and high-level government officials, including Justice Minister Berik Imashev and Deputy Foreign Minister Alexey Volkov and representatives of the judiciary, civil society and international organisations.

“The present report contains specific recommendations within all five areas of the ongoing institutional reform,” said Kuanysh Sultanov, chairperson of the Human Rights Commission. “It is in line with the 100 Steps Programme as far the development of social, economic and cultural rights is concerned.”

The report provides a comparative analysis of national legislation and law enforcement practice in the sphere of human rights protection in accordance with international treaties ratified by Kazakhstan. It also evaluates the activities of public authorities and concrete steps to further improve the mechanisms for the protection of socio-economic, labour and cultural rights of vulnerable groups in accordance with the Constitution and international standards.

“The presentation of the annual report of the Human Rights Commission proves, once again, that human rights protection is closely watched over not only by state bodies, but also by civil society,” said Imashev.

He also highlighted that the Ministry of Justice, in cooperation with concerned authorities and NGOs, have been working out a draft of a government action plan to further implement 47 adopted recommendations and 96 of the recommendations noted by the Kazakh delegation. The draft is in the implementation stage.

“Accepted recommendations are aimed at further improvement of the legislation. We plan to submit the corresponding draft resolution to the government shortly after the appropriate coordination with all relevant government agencies,” added Imashev.

The report was published as separate editions in Kazakh, Russian and English with the technical assistance of the Organisation for Security and Co-operation in Europe (OSCE) programme office in the country.

She noted the office encourages initiatives to inform the public about human rights and challenges in exercising full respect for them.

“The office supports the presentation of the report in the country’s regions and is launching a series of seminars on human rights protection for local authorities and civil society nationwide,” she added. 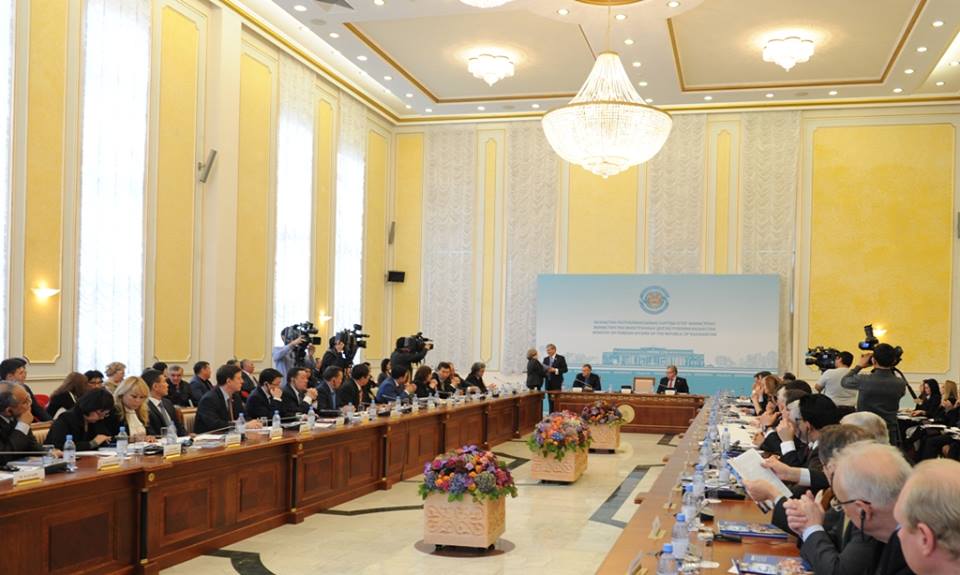 Kazakh International Bureau for Human Rights Director Rosa Akhylbekova believes that “every year the report is getting better and closer to the practice.”

Politician Zauresh Battalova, known for her criticism of the authorities, noted to Radio Free Europe/Radio Liberty’s Kazakh Service that the chapters on the management of state affairs and elective franchise include “some good recommendations.” She noted the election commissions should include representatives from all political parties, adding the report is missing a suggestion on the need to revise election to the Mazhilis (lower house of Parliament) from the Assembly of the People of Kazakhstan.

“It’s still discriminatory rules, because no one in Kazakhstan has a right to vote for the second time; all are equal according to the constitution,” said Battalova, referring to the election of nine out of 107 members of the Mazhilis by the Assembly of the People of Kazakhstan. Others, including in foreign countries, see the practice as contributing to the better protection of human rights of ethnic groups.

Charter for Human Rights Director Zhemis Turmagambetova appreciated that her proposals were accepted and included in the report. She also proposed continuing work on the fight against torture.

“It is necessary to deepen the work on prevention of torture; it is necessary to do it. Particular attention should be paid to that because it is not only a physical effect, but it also pays attention to persons in detention, particularly in police stations,” Turmagambetova told the Radio Free Europe/Radio Liberty’s Kazakh Service.