Just a few decades ago, the population of the Asia-Pacific region was dominated by the young. Now, as birth rates have dropped and life expectancies improved, the population is aging. Twelve per cent of our people in the region are already over the age of 60. By 2050, this figure will rise to one-quarter of the whole population. Never before have countries aged as rapidly. It took France 115 years and Sweden 85 years to become aged societies, but for Viet Nam and Thailand, it will take only 20-22 years. The region risks getting old before it gets rich. So how do we address this crisis of a rapidly aging population in our region? 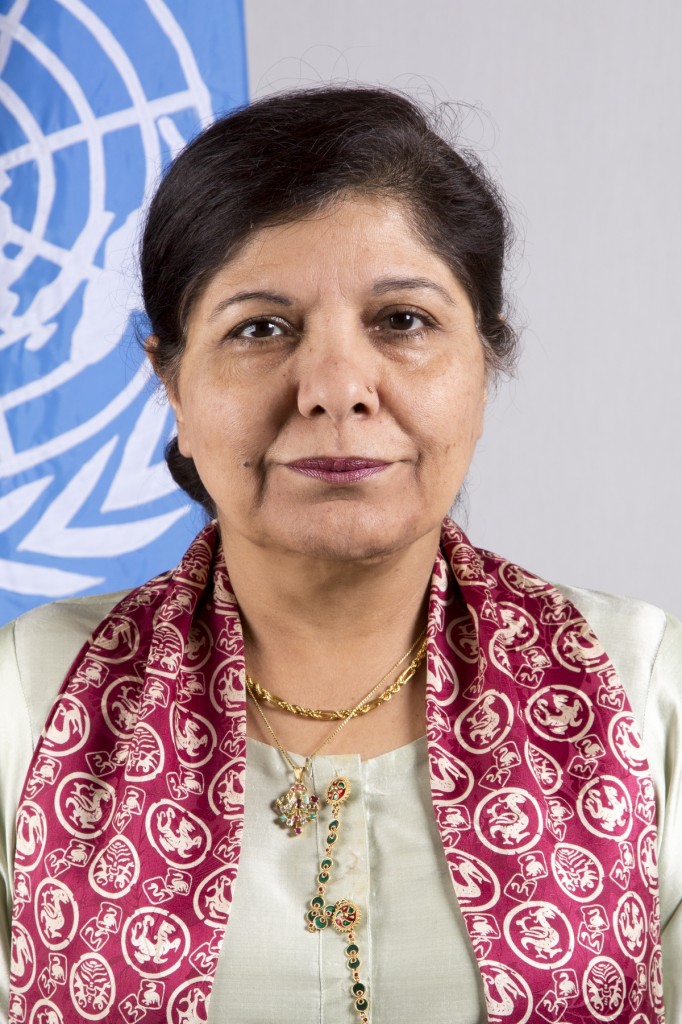 It is clear that the demographic window of opportunity for the region, which opened with a surge in the working-age population, is closing. Take China for example: 67 per cent of its population is of working age today – but this has started to change. Forty years from now, this will have shrunk to only half, with almost one third of the entire Chinese population older than 65.

Does this mean that our region will inevitably lose its economic dynamism? Not necessarily – if we prepare properly, and act now.

The International Day of Older Persons, celebrated on 1 October every year, provides us with a good opportunity to reflect on how best to prepare for these new challenges and opportunities.

There is still ample scope to increase labour force participation, even as working-age populations decline. In many countries across the region, large proportions of the population, especially women, remain excluded from labour markets. For example in the Republic of Korea, only 56 per cent of women of working age participate in the labour force, and in South Asia, less than a third do. Going forward, countries will have to adopt more active policies to encourage and enable women’s labour force participation.

Another key element which must be addressed to sustain economic growth is to increase productivity. When countries age, their economic structure should move from labour-intensive industries to more technology-oriented ones. This entails improving the quality of education and promoting technological upgrades and their wide-spread adoption.

We also need a new system of intergenerational solidarity. In the traditional system, older persons were looked after by their children. But these traditional systems are breaking up as a result of increasing industrialisation, increased women’s labour force participation and rural to urban migration. However, we can turn these changes into another opportunity. We can turn population ageing into a second demographic dividend, with financially-secure, healthy older persons, empowered to focus their decades of accumulated experience, wisdom and wealth to stimulate new economic growth. The specific needs of older persons can also spur innovation and demand for new products, as well as creating job opportunities in care industries. This will only work however, if we act now to ensure that older persons are provided with the means and opportunities to contribute to society. Currently, only about 26 per cent of working-age people in the region contribute to pension schemes. We need to further develop pension systems to increase savings and to sustain domestic demand. We also need to introduce principles of solidarity into pension systems, and especially address the needs of women.

Population ageing plans must be at the centre of development, not an afterthought, and the time to act is now. Comprehensive policies, developed and implemented in collaboration with older persons, are urgently needed.

With the right preparation, we can benefit from a golden generation of healthy, wealthy and active older persons. In 2002, the United Nations brought countries together in Madrid to agree on a global way forward: to treat older persons as actors of development; to ensure their health and wellbeing; and to create enabling and supportive environments for them. In the new sustainable development agenda, adopted last week, older persons have a role to play in almost each of the new goals. The United Nations stands ready to support countries to put these plans into action, and to secure future societies for all ages in Asia and the Pacific.

The author is an Under-Secretary-General of the United Nations and Executive Secretary of the Economic and Social Commission for Asia and the Pacific (ESCAP). She is also the UN’s Sherpa for the G20 and previously served as Governor of the Central Bank of Pakistan and Vice President of the MENA Region of the World Bank.