By Aiman Turebekova in Nation on 4 September 2015 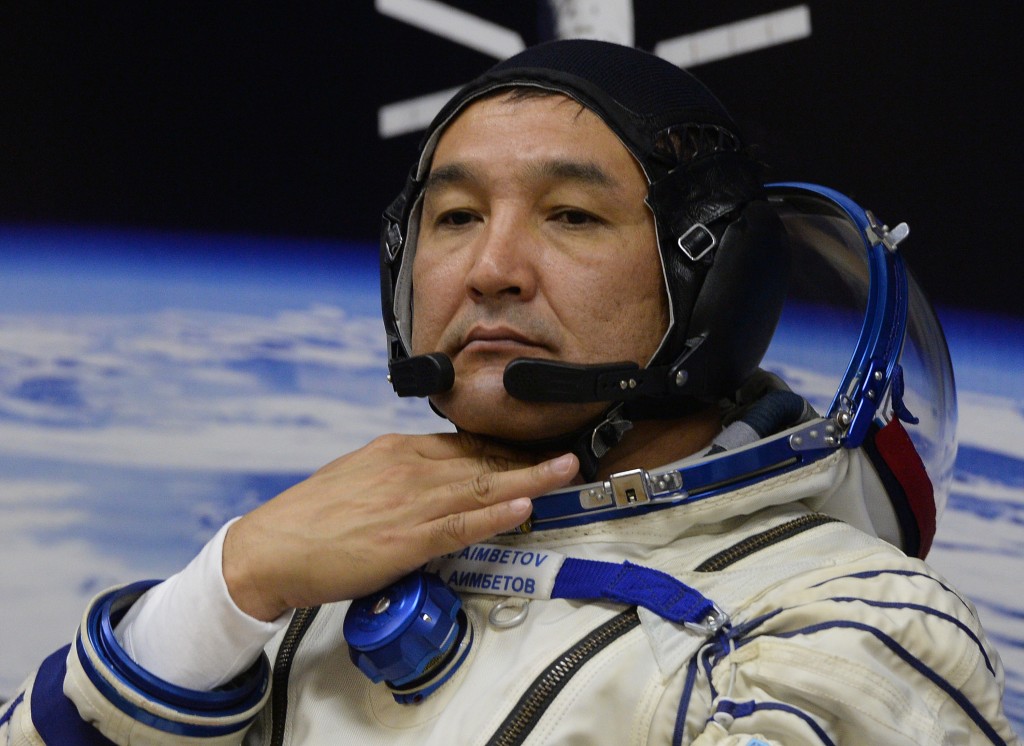 Cosmonaut Aidyn Aimbetov of the Kazakh Space Agency aboard the spacecraft that will take him to the International Space Station.

The capsule was manned by cosmonaut Sergei Volkov of the Russian Federal Space Agency, astronaut Andreas Mogensen of the European Space Agency and cosmonaut Aidyn Aimbetov of the Kazakh Space Agency. Commander Volkov will join five of the six astronauts/cosmonauts currently living and working on the ISS when he exchanges places with Gennady Padalka.

The situation will mark the first time since November 2013 that nine crew members will simultaneously be aboard the station. Padalka, Mogensen and Aimbetov will return to Earth Sept. 12, leaving NASA astronaut Scott Kelly in command of Expedition 45. A grand ceremonial meeting of the crew at the Astana Airport is planned with the participation of Kazakh President Nursultan Nazarbayev for Sept. 12.

During a telephone conversation prior to the flight, the head of state wished the Kazakh cosmonaut a successful mission to the ISS and implementation of his tasks. Nazarbayev noted Alimbetov’s flight is a significant event that will give impetus to further development of Kazakh cosmonautics and strengthen the image of Kazakhstan in the international arena. 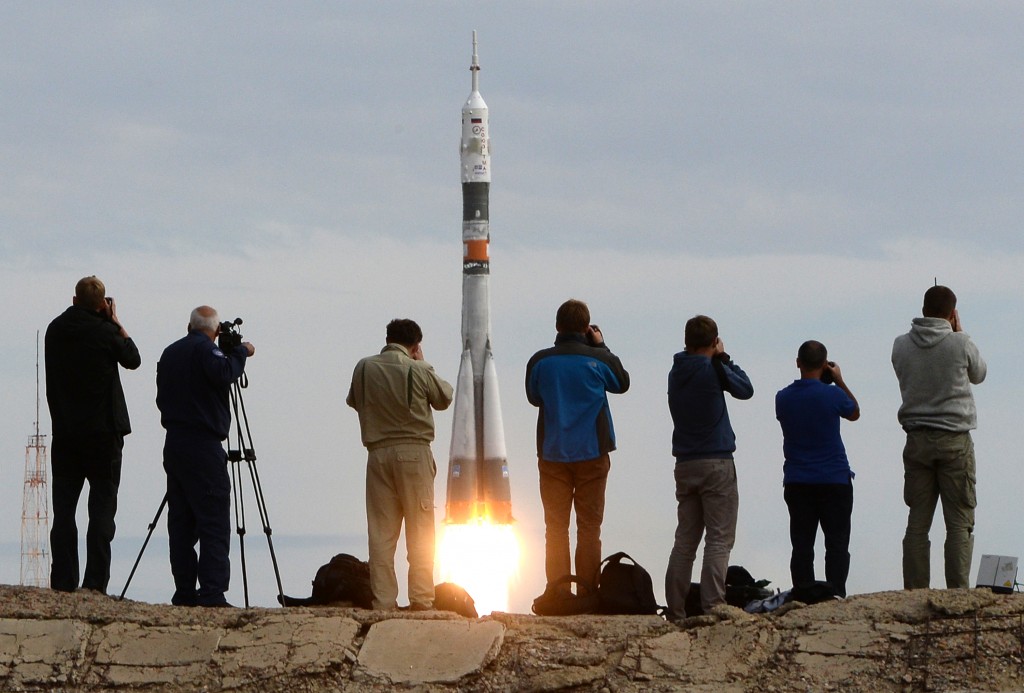 The rocket carrying the three cosmonauts blasts off from Baikonur Cosmodrome.

The cosmonauts’ relatives came to the cosmodrome to support the team.

“We do not accept any congratulations. Only after they arrive at the ISS can we be calm,” said Aimbetov’s wife.
The 43-year-old cosmonaut took dried horse milk and several other national staples into space with him as well as a toy from his daughter, who said she hoped he would encounter alien life. Aimbetov also carried the country’s flag and those of the Assembly of People of Kazakhstan and the international exhibition EXPO 2017.

Aimbetov was chosen for the first group of Kazakh cosmonauts in 2002 as one of only two selectees among 2,000 applicants. Originally scheduled to fly to the ISS in autumn 2009, the world financial crisis forced the cancellation of his mission and until June it was believed he would not fly until 2017. In the spring he received a new chance though to fly this year.

Mogensen, 38, carried by 26 custom-made Lego models of astronauts provided especially for the mission by the world-famous Danish toy manufacturer. He also has the writings of Danish philosopher Søren Kierkegaard.
Mogensen served in September as an aquanaut for NASA’s NEEMO 19 mission.

“It is a great honour for me to represent Denmark as an astronaut,” he said last month.

The climb to space appeared to go smoothly and about nine minutes after launch the Soyuz TMA-18 ferry craft was released from the booster’s upper stage to fly on its own. The spacecraft’s navigation antennas and solar arrays subsequently unfolded and locked in place as planned. 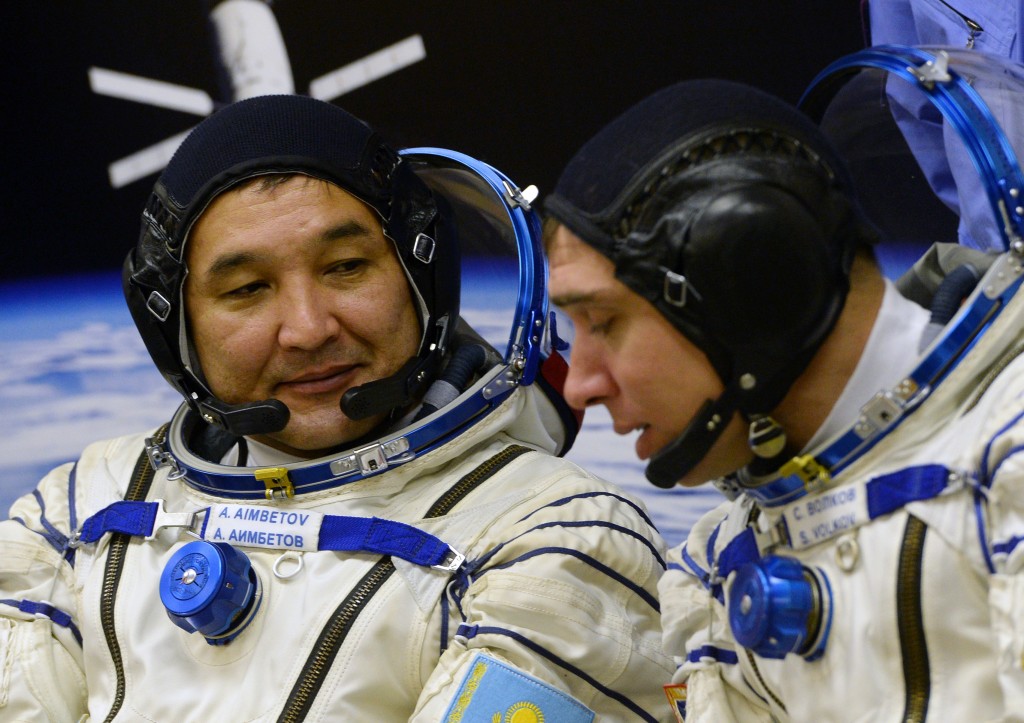 “We’re doing great and everything on board is in order,” reported Volkov.