By Staff report in Business on 3 September 2015

Deputy Prime Minister of Kazakhstan Berdybek Saparbayev paid a visit to the West Kazakhstan region to estimate the general situation after a free-floating exchange rate was introduced on Aug. 20. 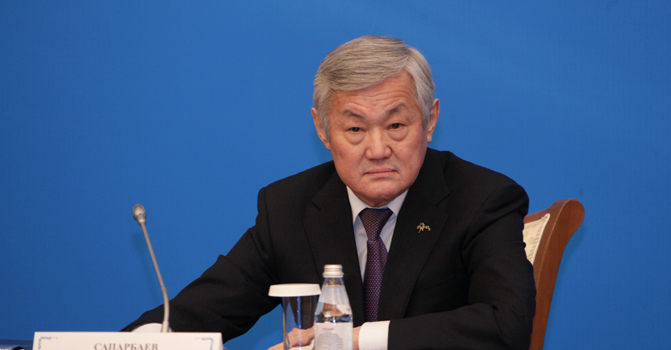 “Despite the difficulties, we will perform to the public all of our obligations. We have financial capacity to do this. Salaries for employees will be increased on average by 27 percent on Jan. 1. We also plan to increase financial help for disabled citizens, as well as pensions and scholarships.

As for retail deposits and Zhilstroysberbank deposits, the government was instructed to develop measures for loss compensation. According to our estimates, the support will cover 80 percent of loss. It is also our task to prevent the growth of unemployment. We are working hard to subsidise enterprises in order to avoid the reduction of highly qualified specialists,” Saparbayev said.

Saparbayev also mentioned the problem of the food prices, which, on urging of President Nursultan Nazarbayev, shouldn’t be changed.

“As for food, we have 33 socially important food products, two of which we do not produce in the country – tea and sugar. Actually, we do produce sugar, but it does not cover our needs. The rest of the products are produced in Kazakhstan. Thus, there are no reasons for prices to grow in the future. The Ministry of Agriculture considers the possibility of additionally subsidising agricultural enterprises, which produce milk, eggs and poultry,” Saparbayev added.

The meeting was also attended by heads of major enterprises present in the region. In particular, the Director of Glass Service Arkady Rubtsov noted that, despite the new monetary policy in the country, the volume of production at his plant has not been reduced. Chairman of the Regional Chamber of Entrepreneurs Kenes Absatyrov also mentioned the presence of support of local authorities, while other market leaders noted the absence of a jump in prices.

Saparbayev will also visit other regions of the country.