Young and talented programmers Arman Suleimenov, Almas Tuyakbayev and Zhanserik Kenes are enlarging their business after the team received a $20,000 grant in February as the winners of the Build Your Own Business Start-up competition. 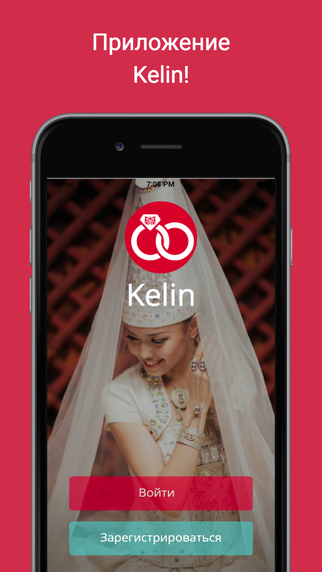 The three friends established the company Zero to One Labs to produce apps for the App Store. They also organised an eight-week summer start-up school where 37 additional iPhone apps were presented. One of the apps, called Kelin, topped the Kazakh App Store, scoring 100,000 users in three weeks and leaving trending apps like WhatsApp, VK, Instagram, YouTube and Skype far behind in terms of local downloads.

Tuyakbayev and Suleimenov graduated from schools abroad and got to know each other only a year before the competition. They met on Facebook to develop Taxi with Friends, a way to transport people to their destinations and let them name the price by the end of the journey.

“Zhanserik is also our partner. He used to be my student. I remembered we had been talking about a couple of ideas, one of which was later realised as the Being Beethoven application. Another two enthusiastic programmers joined us during the summer school,” said Tuyakbayev.

He noted they continued working on new app production and mentoring participants at their school.

“I think it is important to do a project with people you trust. Another necessary condition is to delegate tasks between the team members in accordance with their weak and strong sides. We are all programmers, but, for example, Almas is a good graphic designer. I am more engaged in marketing issues. Each of us has a special talent to bring the company to the next level,” said Suleimenov.

The major portion of the grant was used to cover the salaries of the programme’s developers. Plans are also underway to rent an office and hire the best employees for the company.

“We don’t want to sit and wait, hoping that one of our applications will unexpectedly succeed. We want to cover our expenses while putting the existing apps into operation. For example, the Being Beethoven app has a mechanism for monetisation,” said Tuyakbayev.

Suleimenov realises how important it is to attract new users and invest in marketing. While in the United States, he participated in two projects which failed because of the team’s lack of knowledge about promoting a product and making it more competitive in the market.

“We like what we do. This is my stimulus to wake up in the morning. Success is inevitable and we are going to do our best to reach the goal,” said Tuyakbayev.

The team is aiming to upgrade some of the apps created during the summer school, like Syntle, Bulbul and Never Drink Alone, which have the highest potential to be promoted in the market, as well as develop a studying programme for the next start-up school.

The Build Your Own Business Start-up competition was established in 2014 by prolific Kazakh blogger and public relations expert Alisher Elikbayev and supported by a prominent businessman, Kenes Rakishev. Kaspi Bank Chairman of the Board Vyacheslav Kim joined the project this year.

“The competition will grow, as well as the prize money and number of investors. It is always difficult to decide who has to win. We see that all the contestants have an entrepreneurial spirit. These are people who want to achieve something in life and the competition is a good opportunity for them,” Rakishev said then.