ASTANA – The winter season is right around the corner and unfortunate as it may seem for some, winter sports lovers are surely excited. For Ski Federation of Kazakhstan (SFK) President Vladimir Smirnov, who has spent his whole life on skis, this just means setting new goals for the organisation and preparing to popularise the sport this season. 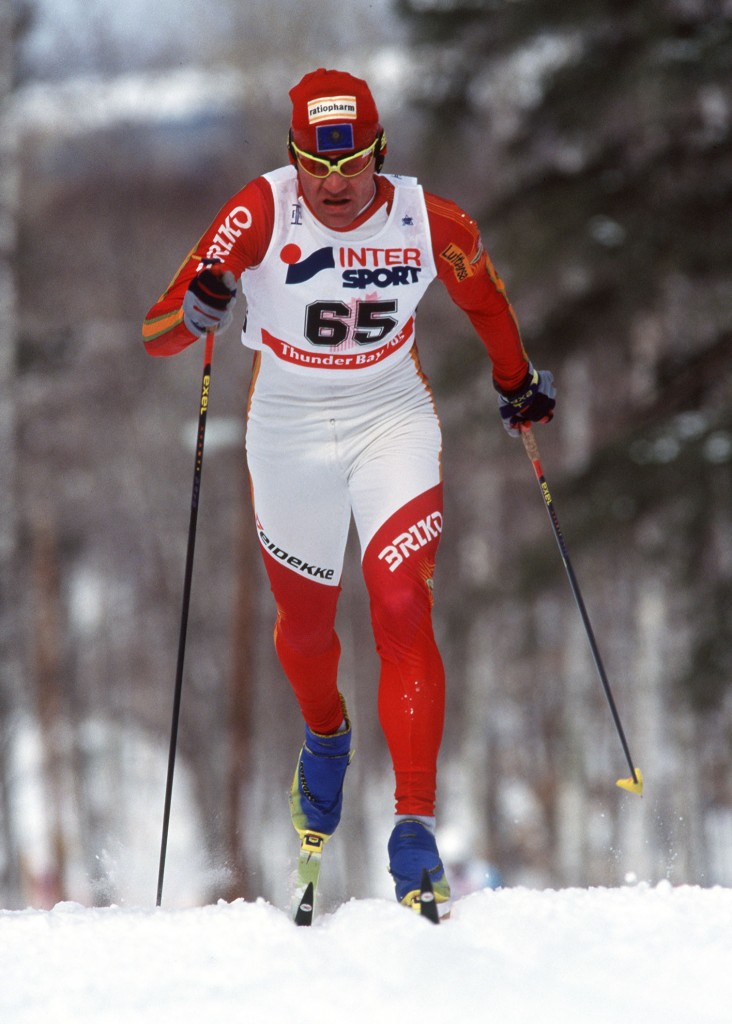 In an exclusive interview with The Astana Times, Smirnov, who assumed the post July 1, shared his plans for the upcoming winter and shed some light on the current situation of the sport in the country. The 1994 Lillehammer Winter Olympic Games gold medallist, Smirnov also secured four silver and two bronze Olympic medals, was a four-time world champion and champion of numerous races in the USSR.

“In general, the situation is tough because our team is not reaching the goals that have been set by the management. The goal is to make it to the top 15-20 at the World Cup competitions and top 10 at the World Championship; however, Alexei Poltoranin is the only skier who has lived up to expectations. For the upcoming season, we have refreshed our roster with young talents and in the coming years we hope we will help them meet our planned results. We also set the goal not only to be the best in Kazakhstan, but also to find our role in the world community,” said Smirnov.

The SFK is spending funds to supply the skiers with proper gear and training and finance regional federations, he added, explaining the federations are extremely important as they supply the national team with young prospects. Smirnov emphasised promotion of the sport should start early in school.

“We need to fully promote the skiing sports in schools like in the 1980s, where it was a part of the curriculum,” he said. “The children’s sports schools are open for kids who want to sign up for skiing; such schools are located in each region. They offer the necessary gear and coaches, though they struggle with a shortage of gear and qualified coaches who can’t stay due to low salaries.”

Under Smirnov’s guidance, the SFK is actively working on hosting high-end events to promote sports and the country’s image abroad. One of such competitions is the Kazakhstan Cup, which will be held at the Almaty Biathlon and Cross-Country Ski Complex Dec. 22-26 under the auspices of the Fédération Internationale de Ski (FIS, or International Ski Federation).

In his life away from the slopes, Smirnov is an activist against nuclear weapons. He has promoted a nuclear weapons free world on several occasions, including with the ATOM Project, an online petition launched by Kazakh President Nursultan Nazarbayev in 2012 to raise awareness in the global community and advance the entry into force of the Comprehensive Nuclear-Test-Ban Treaty (CTBT).

Earlier this year, Smirnov participated in Bike Away the Atomic Bomb, a ride from Washington, D.C. to New York City, finishing in front of the United Nations headquarters. The organisers sought to attract attention to the tragic consequences of nuclear weapons testing and urge the international community to move more resolutely towards abolishing nuclear weapons.

“I was invited to take part in a similar event five years ago. A Norwegian group held a bike race from Beijing to Oslo via Almaty and in Almaty I joined the cause. Later, I took part in a race from Semipalatinsk to Astana and this time from Washington to New York.”

At the end of the interview, Smirnov wished “every Kazakh citizen to be joyful, cheerful and have family happiness.”