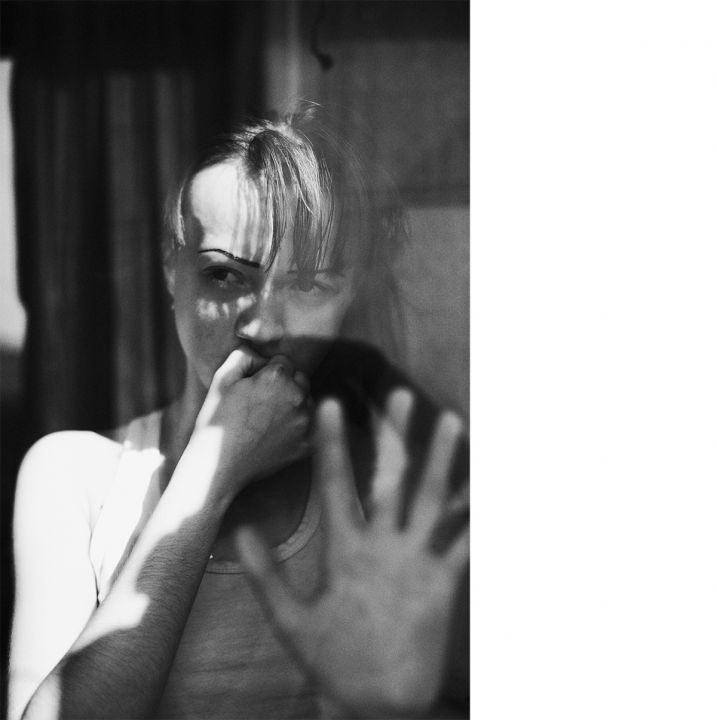 A portrait by Veronika Lerner.

ASTANA – Young Kazakh photographer Veronica Lerner snapped a shot of her grandmother sitting on the stool in her kitchen almost uncovered. The artist’s work was shown at the Louvre in Paris as part of the fifth annual Exposure Award portraiture collection and will be featured in the hardcover book of the same name.

“That picture of my grandmother is considered to be provocative by most people. My granny did not refuse me when I asked her if I could take a picture. I make photos of her all the time; she got used to it. When I posted it online for the first time, a lot of people criticised it. But it is my vision of my reality. It is my grandmother, my apartment and my home. This is how I see my life and it is sincere. That picture has a deep history for me. I think it can be felt; it is not just a photo, it shows a moment of life,” said Lerner in an Aug. 27 interview with The Astana Times.

“With that picture I wanted to show a moment of life; in particular of my grandmother, who sits on the stool in her kitchen almost naked. That moment in your life when you realise that you have lived your whole life; when you realise that you are at a new stage of your life, sitting naked and lonely. Actually, it is something you have to remember always. I mean that any person should not depend on clothes or material things; he should take the fact that he has only himself. Maybe it is a hard truth, but it is truth,” said Lerner.

The Exposure Award was established five years ago and in that time participants from more than 191 nations have submitted their work. According to Exposure’s website, the photographs have been seen by an estimated three million people. The award has several sections and Lerner submitted 15-20 photos in April. Later, the shot of her grandmother was selected to be part of the portraiture collection and honoured at a July 13 private reception at the museum.

Lerner spoke about her grandmother’s reaction.

“My grandmother was shy at the beginning and at the same time she was pleased. Despite her age, she is still young inside and she likes attention,” she said.

Lerner was born in Astana (Tselinograd at that time) and has been working as a photographer for almost eight years. She never studied the art, gaining her experience through her practice.

“I think that all my work is my own merit. Practice shows what you are capable of. I would call myself a representative of fine art photography. I don’t want to be part of the mainstream. Fashion photography is very popular today. In my opinion, individuality disappears in the mainstream. For example, when you look at the works of the great artists, you can definitely say it was drawn by Picasso. It is so unique and nobody does the same. So today it is hard to recognise such talents, because a majority follow trends. Names of authors get lost. The same things we can observe in art, literature and, of course, photography,” said Lerner.

She also shared her opinion on the current photography industry.

“One of the popular directions today is city culture photography; I can say minimalism is gaining success. I even would call it mainstream. When the new type of photography comes out, it is very interesting in the beginning. After that, so many people are getting involved in that direction. According to my experience, young talents have to try themselves in different directions so they know which one is the best of them and in which they want to develop themselves,” said Lerner.