BEIJING – Kazakh President Nursultan Nazarbayev held bilateral meetings with Chinese President Xi Jinping and representatives of political and business circles during an Aug. 30-Sept. 1 state visit to Beijing. He also participated in the massive parade dedicated to the 70th anniversary of the Allied victory in the Asia Pacific theatre during World War II held on Aug.3. 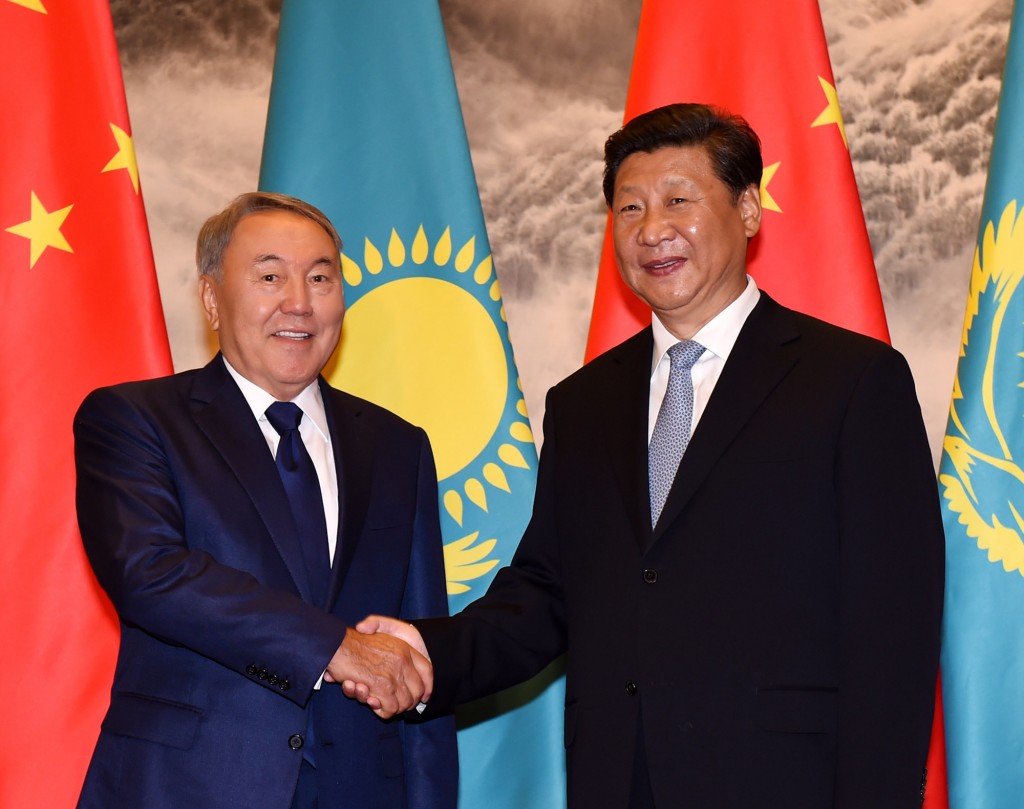 On Aug. 31, Nazarbayev and Xi signed the joint declaration on a new stage of comprehensive strategic cooperation, and witnessed the signing of 11 bilateral intergovernmental and commercial agreements.

The total cost of the 45 joint projects approved during his three-day stay could reach $23 billion, the Kazakh President told reporters following the meetings. The largest projects are dedicated to expanding production at the Pavlodar Aluminium Plant and constructing a factory to produce machinery and equipment for the petroleum industry in the Mangystau Oblast in West Kazakhstan.

Xi noted the strategic partnership between Kazakhstan and China has been continuously growing and the joint declaration is the outcome of many years of fruitful cooperation which will last. In addition, the parties discussed issues of bilateral cooperation in the trade, economic, investment, financial, cultural and humanitarian spheres.

Nazarbayev congratulated the Chinese people on the World War II victory anniversary and the its capital’s selection as host of the 2022 Winter Olympics.
“Beijing will become the first city in the world to [have] hosted [both] the summer and winter Olympic Games,” he noted.

In turn, Xi welcomed Kazakhstan’s accession to the World Trade Organisation (WTO), noting its importance for intensifying bilateral relations. The parties also agreed to augment cooperation in green technologies in preparation for EXPO 2017.

The Chinese side expressed readiness to enhance collaboration in the nuclear power sector in connection with the establishment of a low-enriched uranium (LEU) bank in Kazakhstan. Prospects for further trade and economic cooperation under conditions of the international currency markets volatility were discussed.

President of Kazakhstan Nursultan Nazarbayev (L) and President of China Xi Jinping in Beijing on Aug. 31.

As part of the schedule, the Kazakh President also met with heads of a number of leading Chinese companies interested in strengthening cooperation with their Kazakh counterparts. The meetings were held in the Diaoyutai State Guest House.

Speaking with chairman of the board of CITIC Limited Chang Zhenming, Nazarbayev discussed the implementation of joint investment projects and the company’s further participation in Kazakhstan’s infrastructure development in the framework of Nurly Zhol, the path to the future economic programme.

“We have accumulated solid experience over the years of working together. The corporation has achieved positive results in its activities in the Kazakh market,” noted the President.
In response, Zhenming thanked Nazarbayev for his ongoing support and favourable conditions for foreign investors in Kazakhstan.

During the meeting with China National Petroleum Corporation (CNPC) Chairman Wang Yilin, issues were reviewed regarding the participation of Chinese corporations in the development of the Kazakh petroleum sector.

“Petroleum market development is one of the main points of our cooperation with China. Your company operates in the production, transportation and processing of hydrocarbons. It is noteworthy that this year CNPC will become a part of the Foreign Investors Council under the President of Kazakhstan,” said Nazarbayev.

“CNPC plans to build a plant for the production of large-diameter pipes for the oil and gas industry of Kazakhstan. In addition, CNPC intends to construct the high school of choreography in the city of Astana,” Yilin announced after the talks.

He added the plant will be built in the Almaty industrial park, with the cost of the investment portfolio estimated at $150 million.

The issues of joint investment projects and further participation in Kazakh infrastructure development by Tsinghua, the China Kingho Energy Group, were discussed at the meeting with company chairman Huo Qinghua.

Tsinghua will construct an industrial enterprise for processing coal and producing synthetic liquid fuel, according to Kazinform. The plant will be built in the Karaganda region, Huo announced after the meeting with Nazarbayev.

The investment portfolio has an estimated value of $2.6 billion, said Huo. The project will be implemented in 2017-2020.

The plant is expected to produce gasoline, diesel fuel, electricity and a variety of chemical products with high added value. In addition, the project will contribute to enhancing Kazakh science and implementing innovative developments in the domestic coal and chemical industries.

“I believe this visit is a turning point in Kazakh-Chinese relations. For more than 20 years, we have actively cooperated with China mainly in the energy and mining industries. At this new stage, we move to intensifying collaboration in the [manufacturing] sectors of the economy, including machinery and processing of resources,” summarised the President.