By Aiman Turebekova in Nation on 10 September 2015

ASTANA – At the instruction of the Supreme Commander of the Armed Forces of Kazakhstan Nursultan Nazarbayev, on Sept. 8, sudden military readiness testing started in five regions of the country. Military forces in East Kazakhstan, Almaty, Zhambyl, South Kazakhstan and West Kazakhstan regions are being put in full combat readiness, reported the press service of the Ministry of Defence of the Republic of Kazakhstan. 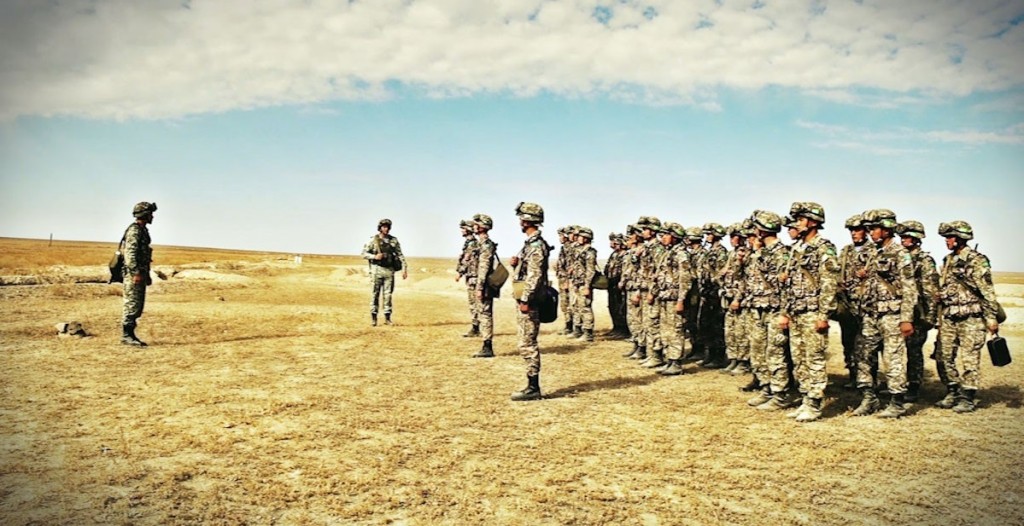 “Currently, the military units involved in the testing are performing activities on transfer to higher degree of combat readiness and marching. After bringing in full combat readiness, checked troops will be deployed to unfamiliar grounds located at a great distance from the points of their permanent deployment,” said Minister of Defence of Kazakhstan Imangali Tasmagambetov.

This is the first such large-scale inspection of the Armed Forces of the Republic of Kazakhstan.

More than 10,000 troops, more than twenty units of the Land Forces, more than 2,000 pieces of equipment and 17 military trains are involved.

During this week, the troops were to practice combat training skills, including the crossing of a water barrier, the Ili River, while Air Defence Forces will support the Armed Forces.
The actions of the troops are being observed by Tasmagambetov and Chief of the General Staff of the Republic of Kazakhstan Colonel-General Saken Zhassuzakov.

They visited the training centre “Coast” in Kapchagai, where 4,000 military personnel, almost 1,800 pieces of equipment and weapons and over 10 battalions of troops were concentrated.