By Bilqis Bahari in Astana on 27 September 2015

ASTANA – Capitalism has been moving quickly around Astana since the city became the capital 17 years ago. Many things have changed as a result, including the food enjoyed by locals. 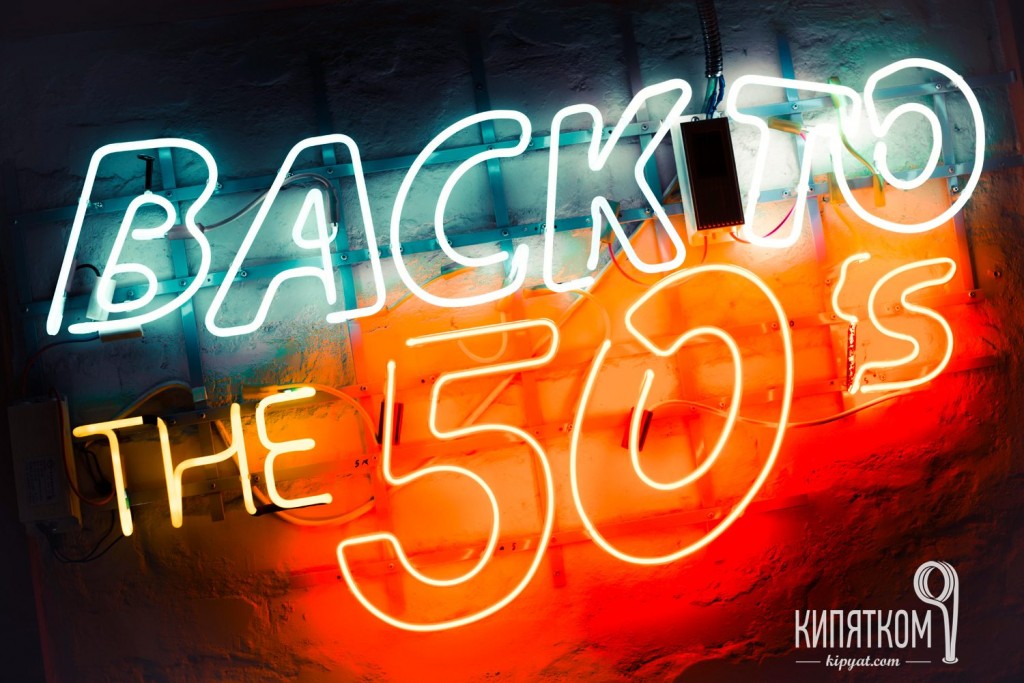 One can see a sprout of American fast food restaurants in the city, such as Kentucky Fried Chicken (KFC), Burger King and Hardees. With the presence of these chains, many residents are becoming accustomed to the food they offer.

But if you want to go back to the Soviet era, whether to revisit your childhood memories or just fancy dining at an eatery where you can have a “feel” of the period, look no further than Astana itself.

Enormously popular in neighbouring Russia’s capital, Moscow, kitsch restaurants, which offer a Soviet-themed dining experience, are gradually setting foot in the Kazakh capital too. It’s not just the cuisine that makes you feel like you’re back in that era, but the ambiance will makes you feel like you have stepped into a time machine taking you back to pre-1991.

Contrary to other local and international restaurants in the capital, Epoch serves much more than scrumptious Soviet cuisine.

It recalls your childhood during the Soviet era and provides a crash course in history to those who never experienced life under the leadership of Stalin or Lenin. Opened Dec. 23, 2009 on the right bank of the Yessil River, Epoch’s uniqueness is its interior design, which reflects the glory days of the Soviet Union.

Upon entering the restaurant, one can immediately feel the Soviet ambiance. The walls are painted red to symbolise the spirit of Communism, while the ceilings are decked with emblems of 15 previous USSR countries – Armenia, Azerbaijan, Belarus, Estonia, Georgia, Kazakhstan, Kyrgyzstan, Latvia, Lithuania, Moldova, Russia, Tajikistan, Turkmenistan, Ukraine and Uzbekistan.

The silverware and samovar (Russian teapot) are kept in a vintage dish shelf and an old television, music player, clock and different types of cameras are on display. Models of used Russian cars – Moskvitch and Zaporozhets, – are parked inside and outside the eatery.

“The items that are used for decoration in the restaurant tell a certain story from the Soviet era. We want to educate those who dine in our restaurant, especially the younger generation of post-Soviet countries and foreigners, on Soviet history,” Epoch’s general manager Aisulu Karzhaubekova told The Astana Times in a recent interview.

Customers may choose to eat in either the open-spaced dining area or one of the ten private dining rooms. The former is decorated with Soviet history books along the sides of the walls. Diners can spend time reading the books while enjoying a delicious Soviet speciality or simply sipping chai (tea).

Each private room has its own theme, including the Kremlin, Vladimir Lenin, Joseph Stalin, Dinmukhamed Konayev, Voennaya (military equipment of the Soviet Union and Germany) and Komsomol (the youth organisation under the Soviet Union). Depending on the motif, the rooms are decorated with pictures of former Soviet leaders, famous quotes from the era, news clippings, World War II weapons or utensils used during the time.

Interestingly, some of the glass-covered dining tables are decorated with items as diverse as old documents and books or real bullets and grenades. Meanwhile, the glass floors in some of the rooms allow guests to see memorabilia such as the Soviet interrogation room.

“We provide tours around the restaurant for our diners and explain the story behind the themes to them,” said Karzhaubekova, who has been managing Epoch for five years.

Patrons from former USSR countries will be familiar with the Soviet-era food. For those who are not, traditional Russian, Ukraine, Kazakh and Uzbek staples such as borscht, Olivier salad, beshbarmak, manty and shashlik, as well as European fare, are served at affordable prices.

While it continues to preserve the Soviet ambiance in its decoration and cuisine, Epoch plans to stay in touch with the progressing times by offering more choices such as pizza and pasta on its menu.

The restaurant also has special in-house beers that are made in its cellar using German technology, said Karzhaubekova.

Fancy a Soviet-themed bar where it is cosy to relax, listen to great music and hang out with friends? Klava Davai is the right place to go. 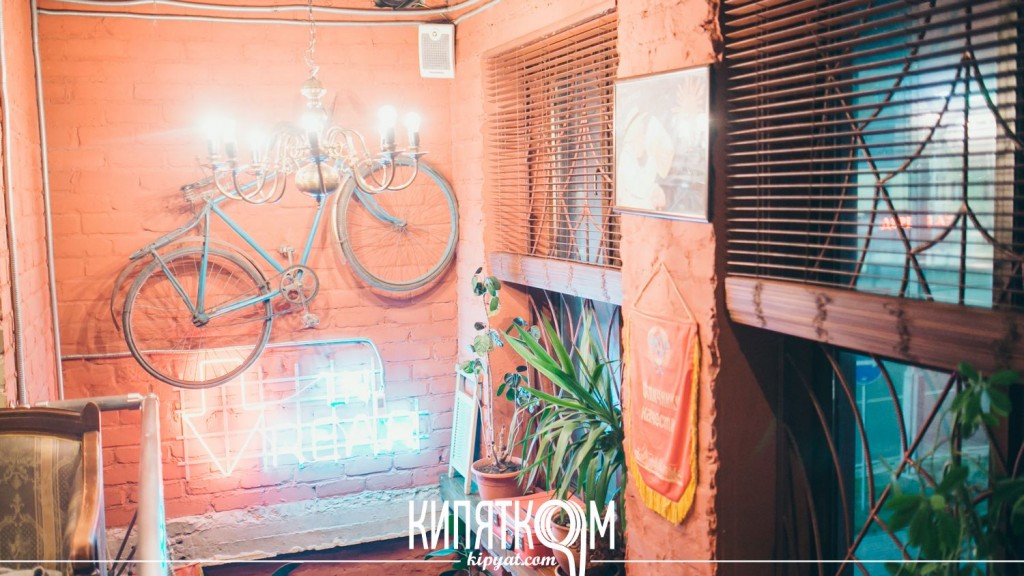 The interior of the two-story bar screams vintage. It has wooden walls and floors and is well decorated with big neon signs and old household items such as irons and a sewing machine, as well as a television and music player set. It also has comfy, colourful sofa sets that can accommodate up to 150 customers.

Unlike other thematic restaurants, Klava Davai provides the ambiance of the Soviet Union without a crash course in its past.

“We are the only bar in Astana that has a thematic Soviet-era concept, but we don’t provide explanations on Soviet history to our customers. Our customers come here to hang out with their friends while at the same time experience the ‘feel’ of the Soviet era,” Klava Davai director Raikhan Tokabayeva told The Astana Times in a recent interview. 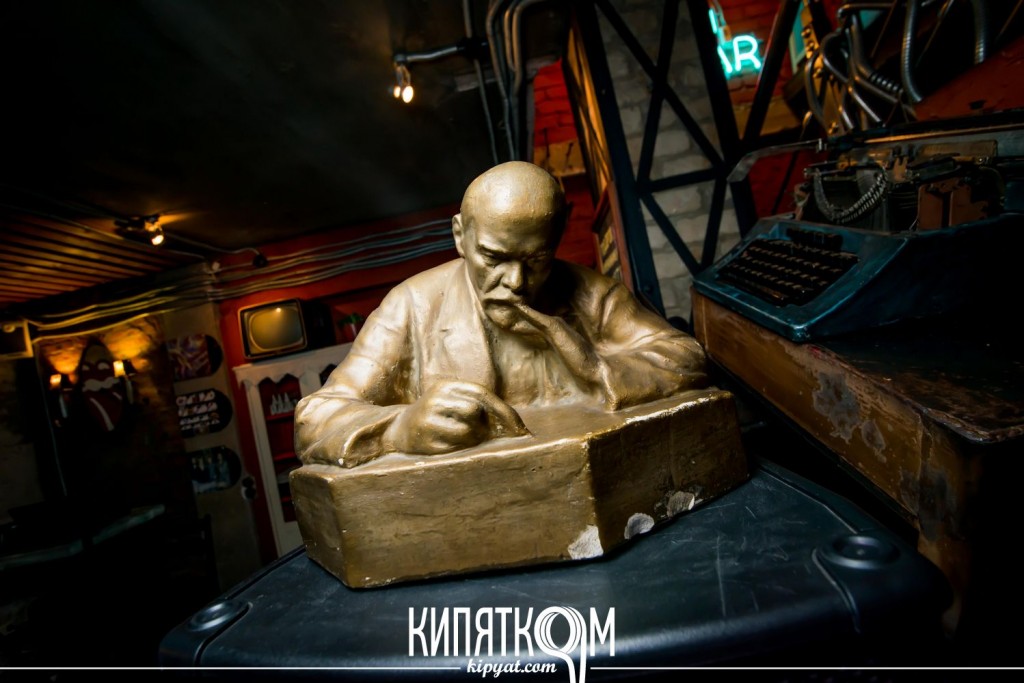 Since its opening in June 2012, Klava Davai has been welcoming customers daily from 4pm to 4am. It is famous for its drinks, especially its in-house beer called Klava.

The bar also offers European cuisine such as pizza, steak and shashlik, which are well-known among those from post-Soviet Union countries.

Friday and Saturday evenings are usually packed with those in their 20s and 30s, as there are in-house DJs spinning the night away with chill-out music.  The bar also organises salsa parties every month for those who are interested in the Latin American dance.