Kazakhstan Increases Crime Fighting Cooperation with the Nations of the Americas

By Talgat Issenov in International on 16 September 2015

ASTANA – The Kazakh Senate recently passed the law “On ratification of the Inter-American Convention on Mutual Assistance in Criminal Matters.” 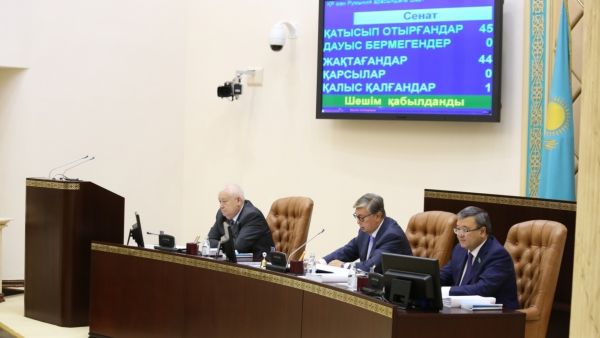 This law is meant to improve the effectiveness of the fight against crime by establishing cooperation with the countries of the Americas. According to the convention, participating countries will provide each other with mutual assistance in the investigation of crimes.

“The agreement is multilateral. The convention unites 26 countries, including the United States, Canada, Mexico, Brazil, Venezuela and other countries. That means that by this document we will establish relationships with a number of American states,” said Kazakh Deputy Prosecutor General Zhakip Assanov.

He noted that the issue of the extradition of Kazakh citizens convicted in the U.S. is not regulated by the document.