By Aliya Asanova in Nation on 30 September 2015

ASTANA – Around 5,000 citizens from more than 30 countries received medical treatment in Astana clinics over the last three years. The Chairman of the Board of the National Scientific Medical Centre and Deputy of Astana Maslikhat Abai Baigenzhin discussed in an interview Sept. 19 what attracts foreign tourists, what medical services are demanded the most and if Kazakhs are able to receive the whole range of medical care in their home country. 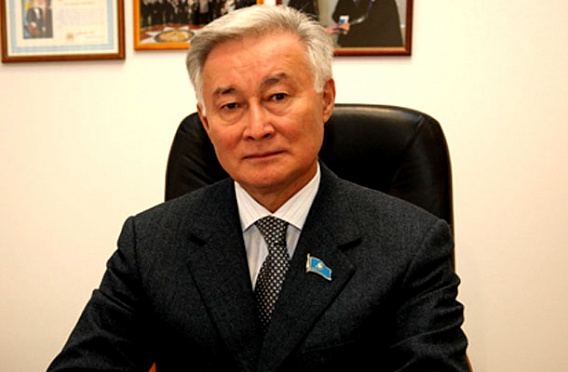 There is more and more talk lately that people in Kazakhstan will soon be able to be treated for any diseases in their own country without spending huge amounts of money at expensive clinics abroad. It especially concerns oncological patients. Is it indeed possible?

I think such a prospect is not far off. The roadmap of development of oncological service in Kazakhstan is now being developed at the Ministry of Health and Social Development. Worldwide known oncologists are consulting our specialists. One of the chief experts, head of the European Academy of Oncological Science, doctor Alexander Eggermont is our long-time partner. According to his observations, the situation in Kazakhstan is serious and it is mainly due to a greater percentage of neglected forms of cancer. Europeans are surprised at how patient our compatriots can be at times, even if they detect dangerous symptoms, they do not hurry to see doctors. As a result, the disease progresses and it becomes harder and more expensive to help a patient. If for example the treatment of breast cancer costs less than 150,000 tenge (US$553.4) on the first stage, on the fourth stage it is already 27 million tenge (US$99,513). Meanwhile, the number of oncologically ill patients is growing.

On what is the roadmap based?

Three kits form the basis of the roadmap: early diagnosis, creating infrastructure and personnel training. It is planned that department of bone marrow transplantation will open on the base of the National Scientific Medical Centre, where patients suffering from leucosis, aplastic anaemia, lymphomas and other medical conditions can receive treatment. Programmes to alleviate patients’ pain, prepare and conduct chemotherapy, introduce a system of centralised dilution of chemotherapeutic drugs are being considered. Kazakhstan’s specialists will be able to undergo training in a leading multi-profile oncological centre of Europe, the Gustav Russi Institute where 250,000 patients are admitted on an outpatient basis, 200,000 chemotherapy procedures and 10,000 surgical interventions are conducted yearly. I think even short-term courses in such a clinic would be a great school for our doctors and nurses. Most importantly it was possible to agree that European scholars will be coming to Kazakhstan to train our specialists on the spot.

As far as I know, the National Scientific Centre is very popular among foreigners arriving for treatment in Kazakhstan. What kind of services are in the highest demand?

Indeed, there are citizens of the United States, China, Kuwait, the UAE, India, Russia, etc., among our patients. Foreigners are attracted to cell technologies that are already being used or their application is being planned for treatment of rapidly growing diseases in the near future. All diseases for which medical treatment is ineffective are to be included in this list. Metabolic syndrome and second type diabetes are the most frequent pathologies.

Sixty-five patients from overseas received medical treatment at the National Scientific Medical Centre from 2011 to 2014 overall and it is certainly not the limit. The cost of treatment plays a crucial role, of course. It is much lower than in their native country. For example, a liver transplant will cost $20,000 for a patient in Kazakhstan; the same operation costs $108,000 in Turkey. And we are by no way inferior to our colleagues from overseas in either personnel or equipment.

Tell me, will anything change due to changing economic conditions?

The National Scientific Medical Centre will continue to work in the same regime, provide the same assured aid to the population and raise it to even a higher level.