By Kamila Zhumabayeva in International on 11 September 2015

ASTANA – Kazakh Minister of Foreign Affairs Erlan Idrissov launched the Aug. 8 opening of the 2015-2016 session of the KAZGUU University Academic-Diplomatic Club. He shared his thoughts in a lecture on the country’s foreign policy and its role in multilateral organisations. 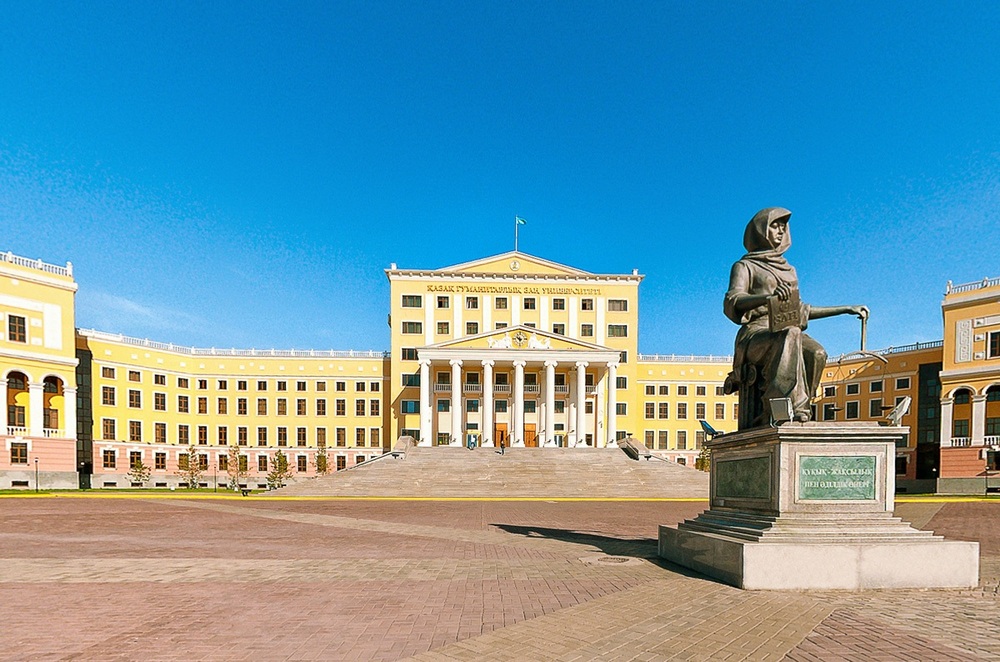 “We are a part of China’s new policy ‘One Belt, One Road’ through the Silk Way economic belt that is unfolding quite successfully. The focus on economic and infrastructure connectivity was clearly seen during our recent negotiations there,” Idrissov stated in his speech, as published by the ministry. “By the year 2030, we are going to bring our economy up to 30 percent and by 2050, to 50 percent. This is a very serious commitment that was imprinted on our practical activities in legislation.”

Kazakhstan played a significant role in reaching an agreement on Iran’s nuclear programe, hosting two rounds of negotiations that came to a promising conclusion, he added.

“We believe that the implementation of the agreement will be changing again both globally and regionally … This may open a lot of economic and connectivity opportunities,” said Idrissov.

Kazakhstan continues to develop partnerships, concentrating on congruence as a new feature of its foreign policy.

“Kazakhstan embraces opportunities that EAEU gives in terms of connecting the countries economically, industrially and socially, and the concept of China’s leaders of the Silk Way economic belt,” the minister stressed. “The country sees a lot of connectivity opportunities … Kazakhstan, Iran and Turkmenistan have a part in railroad-building. We discussed projects relating to energy resources and electricity transportation with India and a massive infrastructure project with Pakistan.”

Special attention was paid to the upcoming EXPO 2017. Swiss Ambassador Mauro Reina suggested organising a meeting between representatives and ambassadors of the nations participating in the exhibition, while Macedonia’s ambassador proposed simplifying the Kazakh visa regime, stated the press release.

“The academic-diplomatic club has become an integral part of KAZGUU and plans to conduct a number of important and significant events for the upcoming year,” the university’s Director of Postgraduate Programmes and International Relations Department Renata Faizova told The Astana Times. “We expect guest lectures from ambassadors and ministers of foreign countries, an event dedicated to 70th anniversary celebration of the United Nations, Mahatma Gandhi’s birthday, a traditional meeting of representatives of BRICS member countries, joint roundtable discussions, conferences with embassies and international organisations and much more.”

Established May 5, 2014, the KAZGUU Academic-Diplomatic Club is a free platform for discussing topical issues on international relations in the field of politics, economics, culture and education, according to the press release. The club’s mission is to create strong cooperation and friendly relations among people of different cultures. The club conducts monthly discussions, conferences, public lectures, business forums, cultural events and more.