By Kamila Zhumabayeva in People on 22 September 2015

ASTANA – Kazakh diaspora in diverse parts of the world chose different ways of maintaining their identity and traditions. Associations and student communities organise various events to celebrate Nauryz and Independence Day holidays. They have also shared traditions which have become outdated to maintain them in the countries where they reside. 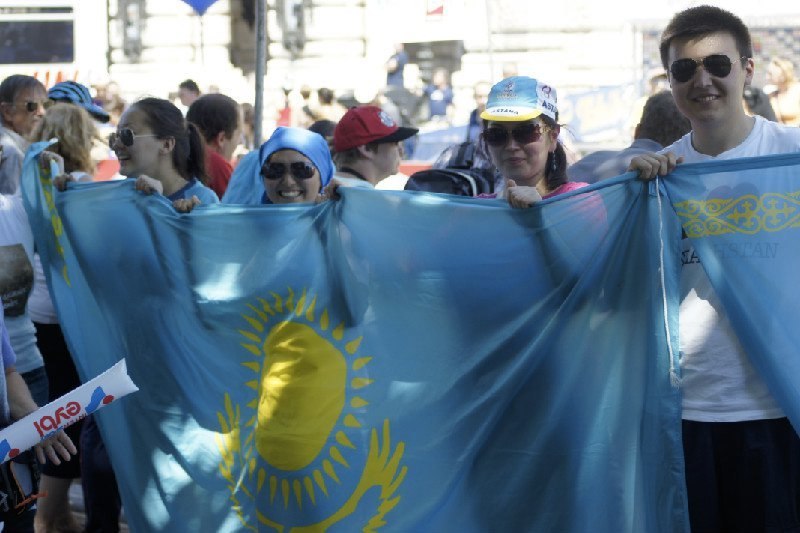 The Kazakh American Association promotes the strengthening of Kazakh diaspora permanently residing in the United States as well as supporting those who are temporarily in the country. The association manifests itself in different spheres of social life and presents national-cultural spheres by coordinating different events.

“Special attention goes to children adopted from Kazakhstan by American parents and constant meetings give those children an opportunity to familiarise themselves with their roots and traditions,” active organisation member Ainur Rodgers told The Astana Times. “The association holds Nauryz celebrations and family picnics each year where compatriots, their families, children adopted in the U.S., diplomatic workers and all other people who are interested in Kazakhstan are invited.”

Among those opportunities include a BalaUSA Kazakh-American children’s choir organised by the association.

“The choir held their first rehearsal in this school year. The children performed anthems of both countries in honour of Kazakhstan’s Independence Day,” she said.

Strengthening ties between compatriots contributes to a prompt integration into a new life. The group is also involved in fundraising efforts, the latest of which was to help flood victims of the Karaganda oblast.

“We have increasingly been holding fundraising for medical treatment or for emergency needs of Kazakhstan people. The association collected and sent funds for treatment of the severely ill and contributed to solutions of immediate problems for many in the U.S.,” Rodgers stated.

“As one of the main elements of national identity, Kazakh language is very important to me. In order to preserve our language among those abroad, I usually speak Kazakh with my compatriot friends on a daily basis,” said another member of the association who gave his name only as Nurbek.

The nation’s identity is not only in its language but also in its consciousness, character and perception of the world, noted member Lazat Davlet.

“So, although we externally are modern, we are internally quite conservative; it is a combination of cosmopolitanism and love for past traditions and history,” she said.

“Briefly, we celebrate Nauryz and the independence of Kazakhstan and someone celebrates religious holidays. We put on national costumes when it is possible and tell about the culture of Kazakhstan to everyone here,” said Davlet.

“Being a Kazakh abroad, representing my nation and culture means feeling an enormous responsibility for my country. It is necessary to understand that each of us is judged not only as an individual, but also by our country as a whole. I, therefore, believe our names should always be associated only with good deeds,” said political science student at the University of Vienna, president of the Kazakh student community in Austria and editor-in-chief of Sakssauyl Kazakh-Austrian magazine Nursultan Akhmediya. 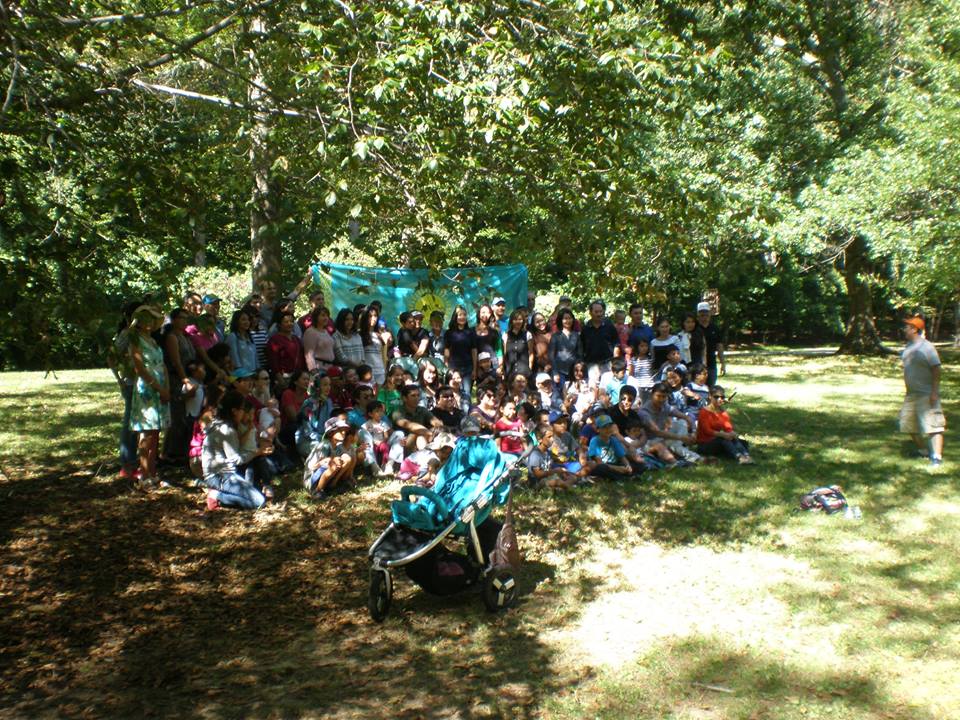 He added he always tries to be a part of everything related to Kazakhstan, while noting the special role of the Kazakh student community that unites people from Kazakhstan living in Austria. Registered as an NGO by the Austrian Ministry of Justice, it pays special attention to relations between Kazakh people in Europe.

“Teams from a number of Kazakhs studying in Austria, Poland, the Czech Republic, Germany, France and Hungary, as well as representatives of Kazakh diaspora that moved to Austria back in the 1970-80s, participated in a football tournament held by the organisation in April of this year,” said Akhmedyia.

As in many other countries, Kazakhstan’s Embassy in Austria organises various events.

“Apart from annual Nauryz celebrations, we held sports tournament on the Asyk Atu national game for the first time this year and timed it to Kazakhstan’s Independence Day,” said Akhmedyia.

Although the Kazakh culture is very unique, there are some aspects which he believes do not suit modern life.

“I would relate fancy wedding celebrations to it, because of which organisers get themselves into debt. I believe spending a huge amount of money on such an unsecure event is dumb and irrational,” he said. “Judging by statistical data regarding divorces, a few newly-married couples are happy to pay huge debts in the beginning of family life.”

Candidate of philosophical sciences and associate professor at the Russian State Humanitarian University Gulshat Urazaliyeva is a Kazakh citizen living in Russia since marrying her husband in Moscow in 1990. She is concerned and interested in political and governmental processes in her native country.

“Kazakhstan’s presidential elections are always topical for me. I also continue being interested in economic, political, legal and cultural spheres. As my historical homeland, the problems of Kazakhstan also remain at the centre of my attention,” said Urazaliyeva. “After all, all of my family and relatives live in Kazakhstan. I am the only one living beyond its borders. These are my roots and my native element.”

She added she has not attempted to westernise her looks.

“If talking about appearance and anthropological attributes, I did not change. I did not have any plastic surgery, do not hesitate due to my Asian appearance and did not colour my hair to become blond,” said Urazaliyeva.

She remembers her ethnic roots and loves Kazakhstan’s culture, music and cuisine to which she treats her Moscow and foreign friends.

“We have beshbarmak, manty (dumplings) and bayursak on our table during holidays,” she added.

For her, being a Kazakh in Moscow means being on a high level professionally and personally and in communication with other people.

“I follow the current situation in the country on social networks like Facebook and actively discuss all current challenges in Kazakhstan with my real and virtual friends,” said Urazaliyeva.

When it comes to her participation in Moscow’s scientific conferences on the subjects of interethnic relations and conflicts, she does not refuse but always remembers her ethnic identity. Urazaliyeva is part of the Kazakh diaspora in Russia and actively participates in functions of the Moscow Kazakh cultural centre, events dedicated to memorable dates and well-known cultural figures.

“I was reading the poems of Ilyas Dzhansugurov along with other Muscovites at a memorial evening of the great Kazakh poet. We have such cultural events quit often,” she noted.

“I remember my mother’s mandate, ‘you cannot ask guests whether they want tea, you should put a samovar out,’ that is to say turn on an electric kettle,” she said.

“More attention goes to the elderly, but not because of high financial and social status. I believe increased attention to tribal divisions in modern Kazakhstan is a relic,” she stressed. “Moreover, making souvenirs, seals of all genus and archaics of genus stratification harms unified Kazakh ethnic identity.”

She also believes the tradition of stealing and abducting brides is very shameful for Kazakhs.

“Resurgent interest and justification of bigamy not only humiliates women, but also men. The medieval archaic can lead our nation to degradation,” she stressed.

Other traditions which allow modern Kazakhstan to develop are being born.

“Respect for scientific knowledge, native, Russian and foreign languages and people who become successful by their own efforts and not at the cost of symbolic and financial capital of a family, genus or proximity to authorities,” Urazaliyeva added.

“I love all my relatives and friends and remember and cherish them. I was and will remain Kazakh, daughter of my parents and, I hope, my nation.”