By Malika Orazgaliyeva in Nation on 10 September 2015

ASTANA – Minister of Foreign Affairs of Kazakhstan Erlan Idrissov held a briefing Sept.8 dedicated to the celebration of the 550th anniversary of the foundation of the Kazakh Khanate for the diplomatic corps accredited in the country stressing that the country’s modern diplomacy is rooted in the traditions of peace and tolerance of yore.

Foreign Minister of Kazakhstan Erlan Idrissov briefs the diplomatic corps of Astana on the foundation of the Kazakh Khanate on Sept. 9.

“This is a highly symbolic year for all citizens of our country. It was exactly 550 years ago, here in the centre of the Eurasian continent, that our ancestors founded the Kazakh Khanate, a great creation of the nomadic civilisation,” Idrissov stated.

The minister invited the assembled guests to take part in massive celebrations in Astana, with the participation of President Nursultan Nazarbayev and foreign visitors on Sept.11-12.

“In a few days, it will coincide with a major international conference, which will bring together scholars from around the world who study issues related to the history of the Kazakh Khanate. Also, I hope to see you as honoured guests in the evening of September 11 at a colorful performance in the newly commissioned Barys Ice Palace in Astana. The celebration will continue the next day on streets and squares across our city,” Idrissov said.

The minister noted that in a month’s time, the ancient city of Taraz in the south of the country will host further celebrations. Taraz is the capital of the region, where the actual events of the formation of the Kazakh khanate took place in 1465.

“There, on October 8, we will hold a big celebration under the open sky to recreate the atmosphere of those historic events that happened on this land 550 years ago,” Idrissov said.

Following the meeting, Idrissov shared some historical facts about Kazakhstan. 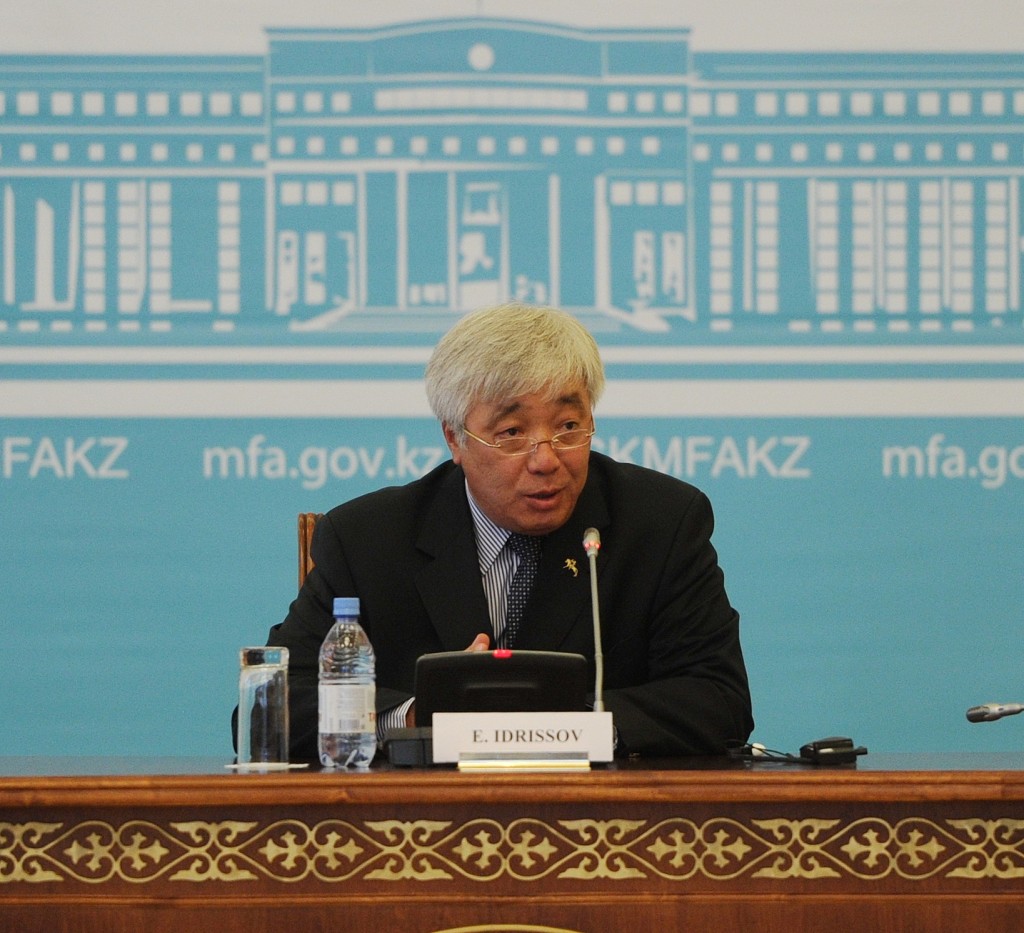 “The Kazakh Khanate was not, of course, the first chapter in the history of the Kazakh people. It was heir to the Great Steppe empires – the Turkic Kaganate (of the 6th to 8th centuries) and Eke Mongol Ulus (the Great Empire of Genghis Khan). However, their origins and development can be traced much further back in time. The ancient history of the Great Eurasian Steppe zone is primarily a history of militant nomadic tribes. The current territory of Kazakhstan were lands inhabited by Iranian-speaking and Turkic-speaking tribes: the Saka, Kangly, Usuns and Huns. These ethnic groups had to permanently overcome the twists and turns of war, establish diplomatic relations, conclude trade agreements, strike political and military alliances and extend permanently the territorial framework for the future Kazakh state of today,” he explained.

At the meeting the minister stressed that hospitality, friendship and tolerance are realities of Kazakhstan.
“Kazakhstan is home for Kazakhs, ethnic Russians, Ukrainians, Byelorussians, Uzbeks, Germans, indeed for more than 130 ethnic groups. This nation has been formed by a particularly rich complex of experiences: successive waves of invasion, immigration and migration, a potent mix of cultures and traditions which have flowed together to make us what we are today,” noted the minister in his opinion in this newspaper on Sept. 8.

“Only the nation that has in its blood the genes of peace, good neighbourliness and tolerance could preserve such a vast territory using the art of diplomacy. These postulates have formed the basis of the principles of multi-vector approach, balance and pragmatism of Kazakhstan’s modern diplomacy,” Idrisov stressed in his remarks.

At the end of the meeting, the minister thanked the participants for gathering and said, “We all have huge histories of which we should be proud. And we do this. I believe this meeting will help improve the understanding of the history and identity of the people of Kazakhstan,” he said.

“The job of the diplomats is to carry your message to our nation and take the message you hear in our country to your nation. This can only help improve relations and cooperation between our countries,” Idrissov added.