EIU Ranks Almaty Among the World’s Most Liveable Cities

Almaty, Kazakhstan’s former capital, was recently ranked the 100th most livable city in the world among 140 listed by the Economist Intelligence Unit (EIU), which is the research and analysis division of the Economist Group, a sister company of the Economist Magazine. 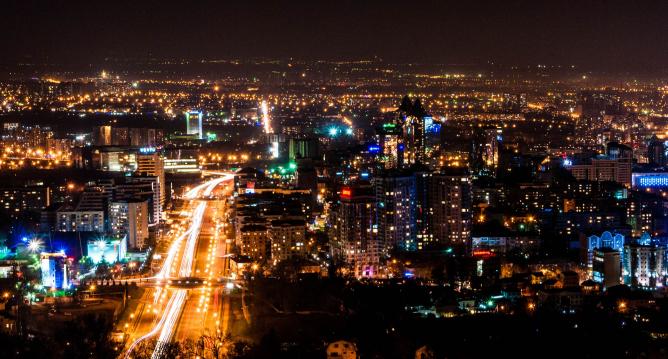 The world’s five most liveable cities according to the Economist Intelligence Unit are Melbourne, Australia (97.5), the Austrian capital Vienna (97,4), Canadian Vancouver (97.3) and Toronto (97.2) and Adelaide, Australia (96.6). The top ten cities’ list is completed by Calgary (Canada), Sydney and Perth (Australia), Auckland (New Zealand) and Helsinki (Finland).

According to the ranking experts, the most liveable places tend to be mid-sized cities located in developed countries, which have relatively low population density. This explains why such popular cities as London and New York gained a lower number of points.

Among the five least liveable cities are Tripoli in Libya (40), Lagos in Nigeria (39.7), Port Moresby in Papua New Guinea (38.9) and Dhaka in Bangladesh (38.7). Syrian Damascus was the lowest scoring city in the survey with a score of 29.3.

Three other cities from the Commonwealth of Independent States (CIS) made the list. The capital city of Uzbekistan, Tashkent ranked 116th with 54.6 points. Moscow with 72.9 points and St. Petersburg with 74.1 points ranked 81st and 77th respectively.