By Aiman Turebekova in Business on 9 September 2015

ASTANA – “The most powerful sedimentary cover (platform) is in the Caspian Basin and presumably reaches a depth of 20–25 kilometres. The Eurasia project has an ambitious goal – supporting-parametric drilling wells from which to begin a new future for this sedimentary basin,” Uzakbai Karabalin, first deputy minister of energy of Kazakhstan, told the Kazpravda newspaper. 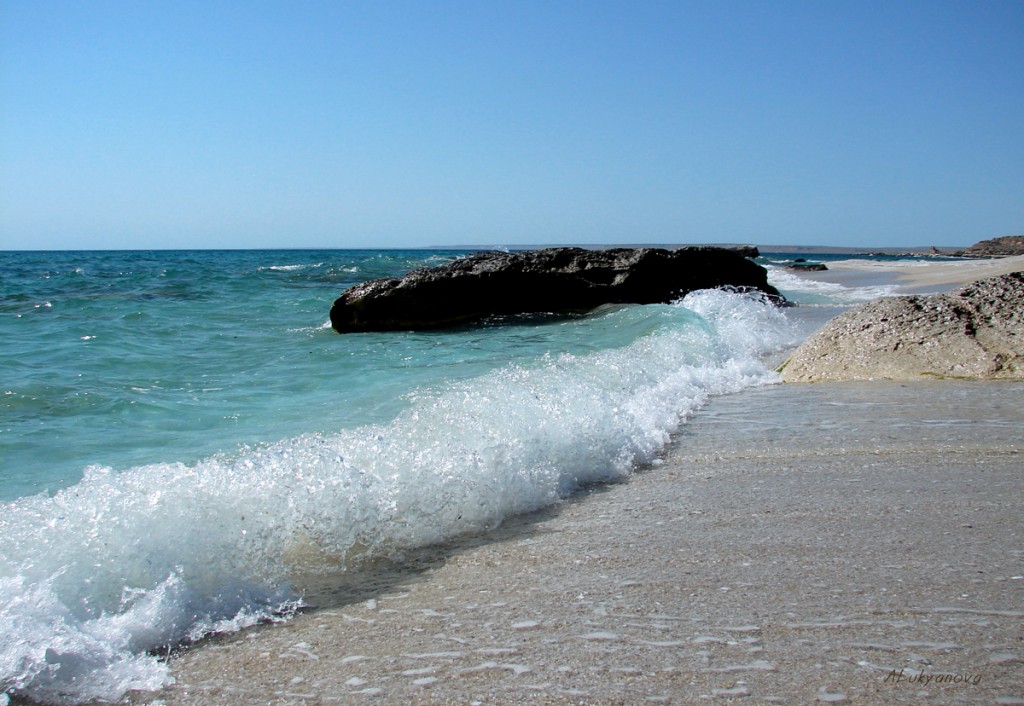 The Caspian Sea in Mangystau Oblast.

Kazakhstan is estimated to have 15 sedimentary basins. Scientists have studied these pools and made recommendations for their exploration. New objects and horizons in the Caspian depression have been named as priory areas; 75–80 percent of the country’s extensive hydrocarbon resources are concentrated there.

The Eurasia project is to create a consortium of companies with technological potential, experience in researching mineral resources at depth and which are well-established in the international market. The project aims to provide not only an influx of large-scale international investment into Kazakhstan’s oil and gas industry, but also long-term support for high levels of oil production. “In addition, Kazakhstan is to accumulate the world advanced hydrocarbon geology and geophysics experience: we will reach a new stage of oil exploration and oil production, and also get a boost to the growth of Kazakhstan’s science-intensive technologies,” said Karabalin.

According to him, the project is to be implemented from 2016–2021. Drilling on parametric wells is expected to begin in 2017. It is necessary to revise geological and geophysical materials of the past with the use of modern software and technologies, then conduct large-scale geophysical surveys by building new regional profiles. This task requires considerable investment from the participants of the consortium.

Through the Eurasia project, a research centre to house all primary research materials as well as processing and interpretation will be created. In order to do this, participants of the consortium must submit their trusted professionals and related software.

Three years ago, commissioned by the KazMunayGas national oil company and supported by the Committee of Geology and Subsoil Use of the Ministry of Investment and Development of Kazakhstan, a group of distinguished Kazakh scientists began work to assess the oil and gas potential in Kazakhstan. The main objective of the study was to reassess the resource base for oil and gas. Its results are the “Scientific substantiation of the hydrocarbon potential of Kazakhstan” and, based on it, the “Atlas of petroleum and prospective sedimentary basins of Kazakhstan.”

Among the authors who worked on this study are member of the Academy of Mineral Resources of Kazakhstan Ural Akchulakov, as well as doctors of geological and mineralogical sciences Heroi Zholtayev, Baltabek Kuandykov and Yevgeny Ogai. “They relied on geological and geophysical data available and ongoing in our country since the beginning of the production of hydrocarbons,” said Karabalin.
All available data on geological and geophysical studies, including seismic surveys of mineral resources, gravity and magnetic surveys as well as studies of upper-air research of drilling were reviewed.

Today, the world is settling in for a long period of low prices for hydrocarbons. Not only politicians but also leaders of oil and gas companies, engineers, academics and media figures are professing pessimism.

However, some specific industry indicators could point to growth.. According to economic analyst Akbar Tukayev, demand for oil continues to grow. Expectations for 2015 for the consumption of oil in the world amounted to about 93 million barrels per day, but now this number has grown to 94.2 million, a new record for the world economy. The expected growth for the year will reach 1.6 million barrels per day, a level that was last recorded in the early 2000s, which saw a sharp rise in prices.

Slowing economic growth in China in fact is not reflected in the level of oil consumption in this country. Moreover, if the average annual growth in demand for oil in that country in the last decade was about 300,000 barrels per day, since the first half of this year it has reached 400,000 barrels per day. In addition, according to some estimates, China will supply jet fuel to Europe. It is clear that the oil and gas industry in China is focused on ambitious goals.

Moreover, in comparison with previous years, a significant improvement in margins for petroleum cracking, a process of refining oil, can be observed. This contributes to the active development of the oil refining and petrochemical industries.

“Another issue is that now the price is formed under the significant influence of geopolitical issues,” said Tukayev.