ASTANA – The streets of Astana served as the course Sept. 13 for a charity marathon organised by the British-Kazakh Society (BKS) and Air Astana. Kazakh Prime Minister Karim Massimov, Minister of Culture and Sport Arystanbek Mukhamediuly and Akim (Mayor) Adilbek Dzhaksybekov participated in the race. 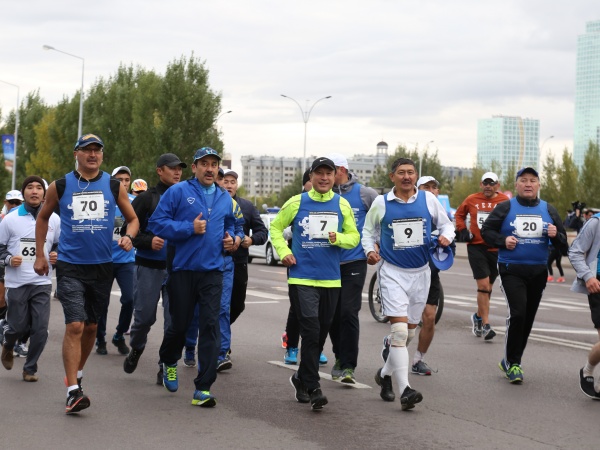 “This is a great event for our athletes and for those who want to maintain a healthy lifestyle and to join the sport. On instructions of the President, all conditions are being created in Astana for development of sport and maintaining a healthy lifestyle. This helps the residents of Astana to take up the healthy lifestyle. Today all the participants are the winners, because first of all they have won themselves, their laziness and improved their health. I congratulate all those who participated in the marathon. I urge all Astana residents to take part in such events,” said Dzhaksybekov, as reported by the Astana Akimat (city administration). 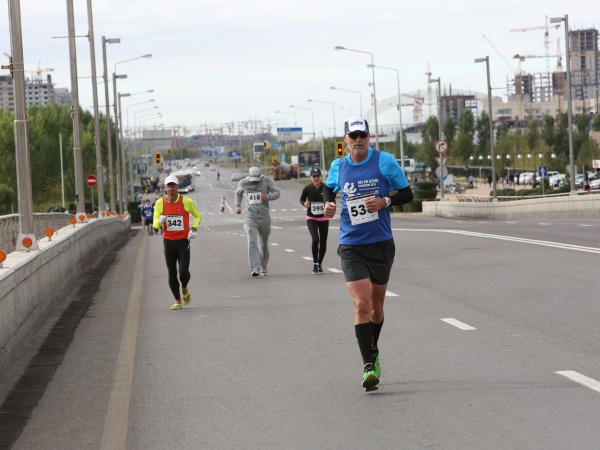 “Being engaged in sports and attracting others to a healthy lifestyle is very important. Our children will grow up healthy and will choose sport after looking at you. Please accept our sincere congratulations on this holiday,” said Sapiyev, Kazakhstan’s 2012 Olympic boxing champion, during his speech at the closing ceremony.

More than 500 runners decided to test their endurance during the marathon. In excess of 100 of them were foreign participants from 18 different countries, including China, France, Germany, Italy, Russia and the United Kingdom.

All the money raised will be donated to the Ayala Charity Fund’s Room-Doctor project, which provides assistance to the state children’s medical and educational institutions. Room-Doctor structures the environment in a special way, filling it with different kinds of stimulants that affect all the child’s senses – sight, hearing, smell, touch and taste. Soft colours, soft light, fragrances and soothing music – these offerings in the sensory room help the child relax and calm down, which is especially important for youngsters with various disabilities, according to the marathon’s website.

BKS will hold marathons in Almaty and London on Sept. 19 and Oct. 31, respectively. The society has been developing such races since 2009 and the recent event was the very first full-length marathon in Astana.