ASTANA – Astana Pro Team’s Fabio Aru recently won the 70th Vuelta a España. It was the first grand tour win for the 25-year-old, who finished second behind Alberto Contador at this year’s Giro d’Italia. The win confirms his status as one of the best young riders in the sport. 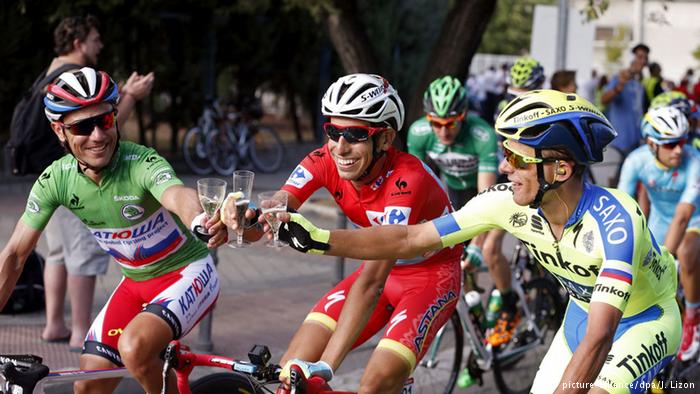 “This is not just a triumph for Aru, this is about the victory of a team. On paper it seems easy, but the reality is that it was very tough,” Astana Director Alexander Vinokourov said, according to RTE Sport.

Aru wasn’t even Astana’s leader in the beginning of the race but moved into contention after his compatriot Vincenzo Nibali, the 2014 Tour de France champion who won the Vuelta in 2010, was disqualified for hanging onto the Astana team car after a crash on the second stage. Aru avoided the accident to seal victory in the last major event of the cycling season. Germany’s John Degenkolb won the last stage itself. Aru’s triumph was made after he overtook leader and Dutchman Tom Dumoulin in the race’s mountainous stage 20. Aru and his teammates launched a series of attacks that saw the Italian finish almost four minutes clear of Dumoulin.

Aru said after the race he would like to participate in the 2016 Tour de France but he needs to meet with Astana team officials to decide on the year’s objectives.

“Nibali is a great rider; he’s won grand tours. So in our team, it’s not a question of being a leader or not being a leader. He was in the team here, but he had to leave in the second stage. But if he had been in the race, we’d both have raced to get a top result because we’re both professionals,” Aru said, as reported by RTE Sport.