Annual National Cuisine and Culture Festival Kicks Off in Almaty 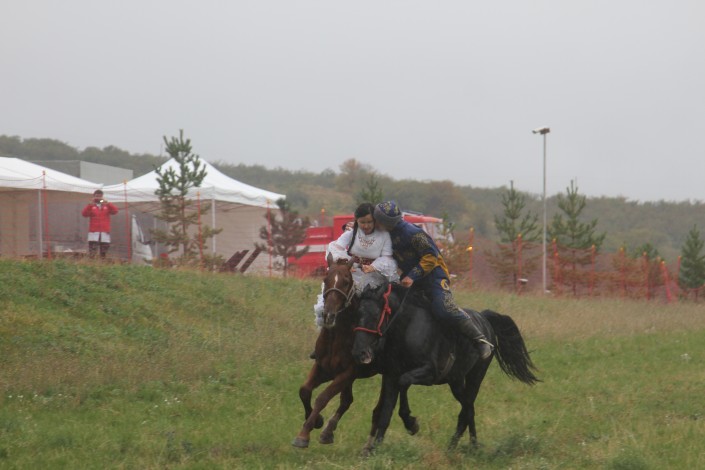 The festival gathered more than 1,000 people at the complex, despite rainy and windy weather.

“We were worried that too few people will come because of the weather. But it turned out that nothing could stop the people in Kazakhstan. Around 1,300 people came to the festival,” Beknur Kisikov, the organiser, said.

Participants had a chance to watch Kazakh national horse-riding games, such as Kyz Kuu (a young man needs to chase a girl on horseback for a kiss; if he fails, she gets to whip him), Audaryspak and Kume Alu.

Another highlight of the event was a huge bowl of beshbarmak cooked on the spot. Other dishes were also available, including Uigur langman noodles, Uzbek pilav, Tatar chak-chak as well as Korean salads, among many others, including Spanish paella with seafood. 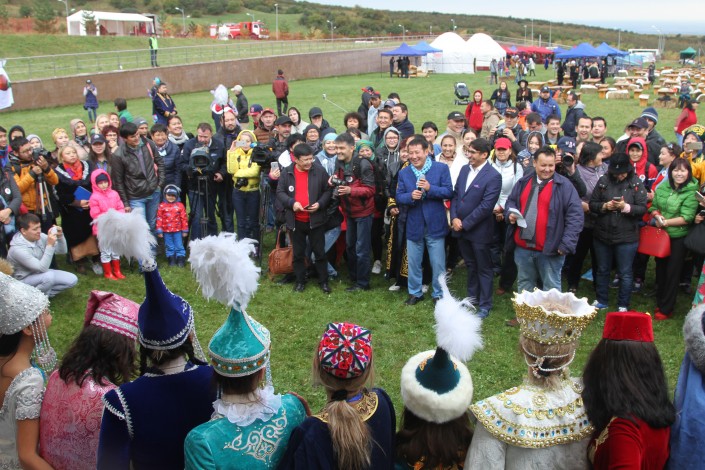 A competition for best national costume and a Kitap, or book festival, were also included in the programme.

“One of the goals of the festival is to step up the exchange of useful books so that city dwellers exchange books with other book lovers instead of throwing away the books they finish reading. Unfortunately, today people are becoming more and more laconic and technological, leaving no space for books. That is why we have created a platform where each and every book can find a place. You can bring your books to Toi Kazan to exchange them,” Kisikov said.

The Toi Kazan festival is held annually with the support of the local akimat (city administration).