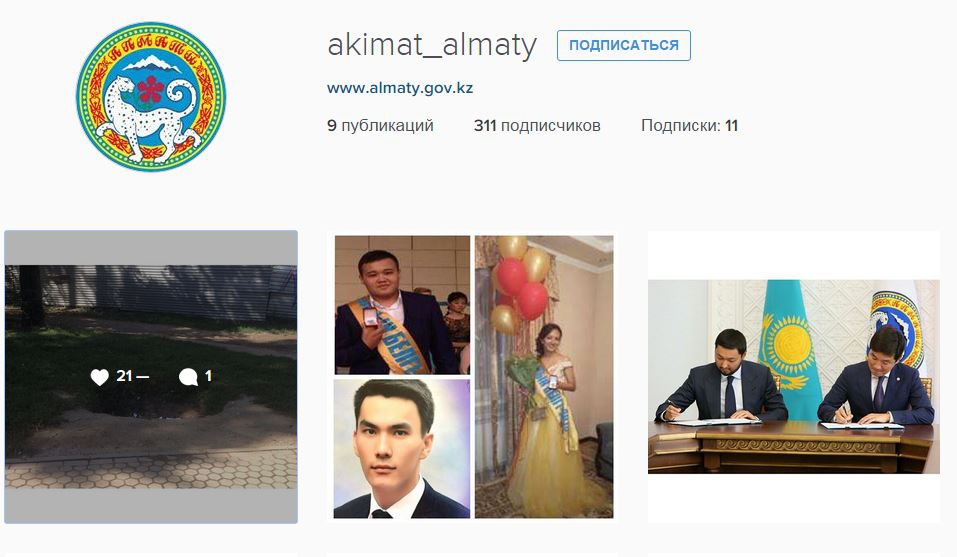 The account was created in early September and has already gained attention and popularity among the population. If a local finds a problem that is in the control of the city akimat, he can take a picture and post it on Instagram with a hashtag #akimatalmaty, indicating the address where the picture has been taken. All messages are then sent to different akimat divisions and services for appropriate actions to be executed.

According to the press service of the Almaty akim (mayor), the account is improving on a daily basis in order to enhance its operation and establish mechanisms of interaction within structural divisions of the akimat.

During the first two weeks after the account was established, the number of subscribers reached 3,000 people. Moreover, the akimat has already reacted to several requests.

The first request was initiated by the city akimat. One of the employees noticed garbage lying on one of the central city streets, the disposal of which was organised the next day.

The open sewer on Abai Avenue detected by an Almaty local became the next task the akimat received on Instagram. The bad condition of a bus stop located in the North Ring district was also improved thanks to the new approach.

The number of posts with improvement requirements on Instagram is steadily growing and, according to the current statistics, the akimat is able to process one per day.

The official account of the akimat can be found at @akimat_almaty