By Kamila Zhumabayeva in Culture on 12 August 2015

Kazakh-born glam-rock opera singer and interpreter of contemporary and cross-cultural music Timur Bekbosunov got his start in Kansas, United States, where he discovered opera, said pri.org. He has performed with the Los Angeles Philharmonic and a musical project in Kazakhstan, collaborated with numerous notable composers and now tours with his own dark glam-opera band, “Timur and the Dime Museum.” 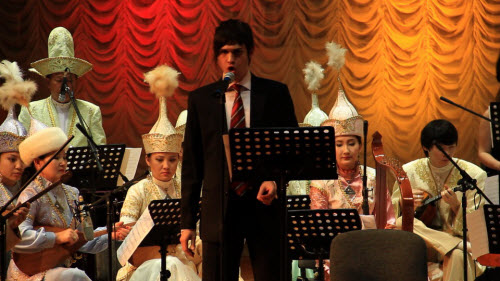 Bekbosunov was born in Soviet Kazakhstan in 1983 and at 15 was accepted to study English for a year in the U.S., according to pri.org. He stayed with his adopted American mother, Debora Donovan, who he says encouraged him to become a singer.

After graduating from the New England Conservatory of Music and California Institute of Arts, Bekbosunov won a reputation as an interpreter of contemporary and intercultural music in the U.S.

“Timur and the Dime Museum” was formed in 2010 as a result the influence of songwriter Klaus Nomi (who passed away in 1983) and collaboration with American musician Kristian Hoffman. That year, Bekbosunov recorded his debut album “Songs from the Operatic Underground” with the band. He performed at the prestigious ALOUD series, on the TV show “America’s Got Talent” and numerous venues around Los Angeles, according to the LA Philharmonic Association website.

He worked closely with U.S. composer Anne LeBaron on her large-scale musical project about Kazakhstan, “The Silent Steppe Cantata.”

“She is one of the first American women-composers working with the Sazgen-Sazy and Sary-Arka ensembles of the Astana Philharmonic,” said Bekbosunov in an interview with The Astana Times.

“The Silent Steppe Cantata,” which premiered at Congress Hall in Astana in 2011, was funded through several competitive awards and grants from major foundations in the U.S. and Kazakhstan. According to Bekbosunov, the project’s artists were thrilled to share their peaceful vision with Kazakhstan and hope they will eventually travel to the U.S.

One of his next big projects is “One Thousand and One,” a collection of Kazakh folk-ethnographic melodies by Russian composer and musicologist Aleksander Zatayevich. Over the course of the next two years, the piece will serve as an inspiration for American composers to create new compositions and dramatic content, according to Bekbosunov.

His other projects are the non-profit organisation Art of Opera Foundation, inspired by Charles Darwin’s “Origin of Species,” and the operatic multimedia installation “Do Scream” adapted and directed by Bekbosunov and Sandra Powers.

During the interview, Bekbosunov also spoke about the story recently aired by Public Radio International’s “The World,” what he has accomplished to break the “Borat” stereotype about Kazakhstan and his current and future projects. 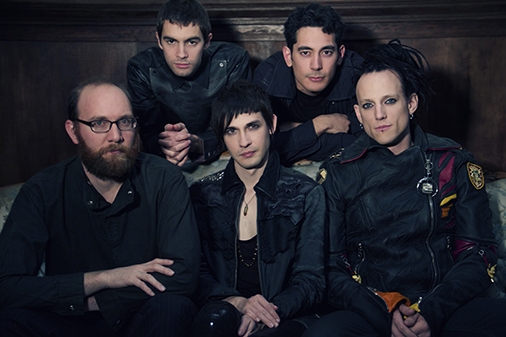 Timur, what lead to the idea that foreigners should think about Timur when they hear “Kazakhstan?”

Actually, the title of the radio story originated from the producers, not from me. It was quite a surprise, nevertheless, to read about it when the feature on “The World” aired around the U.S. On one side, of course, it was very satisfying and pleasing to hear the endorsement on such a personal level; but on the other side, we still have a long way to go in bringing Kazakhstan beyond the association with Borat and oil explorations.

I have been taking part in projects about Kazakhstan and beyond from the point of view that would provide an alternative cultural experience to what is found in mainstream entertainment. I would like to reach as much audience as possible by creating projects that focus on unique values.

Once the critical mass that understands and likes my projects was revealed, it became dominant in changing the stereotype. Which is why in my little way I am changing that perception so that when people hear “Kazakhstan,” they would know “Borat” is parody, Timur is real and for instance Kazakhstan’s anti-nuclear movement, search for alternative energy sources and Astana’s architecture are real.

I dived into creating “The Silent Steppe Cantata” project knowing that eventually it will break new ground. The composer’s original approach to redefining a traditional classical music cantata into a multilingual cantata for the 21st century, fusing epic Kazakh poetic forms with hip-hop, should appeal to global music devotees, as well as to the fans of contemporary music at its broadest definition.

What are your next projects?

I am beginning to explore my next large-scale work “ONE,” 1,000 ethnographic melodies of Kazakhstan collected by Aleksander Zatayevich, and my impossible dream is to utilise every single theme notated by Zatayevich. This project will require a lot of cooperation, support and encouragement and at this moment I am still seeking potential partners and funders.

I am continuing to tour with my band’s interactive video rock-opera “COLLAPSE.” We have performed with a show at Disney Hall’s Redcat Theatre, Miami Light Project and Operadagen Rotterdam Festival and now we are getting ready to open in a very prestigious space of the Brooklyn Academy of Music as part of the Next Wave Festival.

It’s an honour to be selected for this festival; I am thrilled (and scared!) to debut in New York on Sept. 17-20. Next, I dream of bringing this rock-show to Kazakhstan. It’s little bit educational, but also very fun and glam. I mean, how many songs do we know about radioactivity?!