By Michelle Witte in Business on 19 August 2015

ASTANA – The dollar rose sharply against the tenge on the morning of Aug. 19, likely the result of the the actions of a major investor on the Kazakh stock exchange (KASE) wanting to fix their position at 197 tenge to the dollar, according to Tengrinews.kz 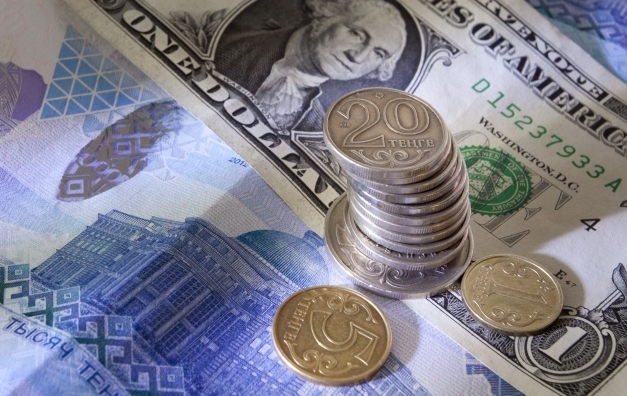 “Most likely, on the [KASE], a major investor wanted to fix their positions at a price above the market, a market practice that happens. That is, to sell what he has to fix profits. He offered a dollar for sale at 197 tenge,” said multinational foreign exchange company the Alpari Group Senior Analyst Anna Bodrov, according to the Tengrinews report. After that, bank managers saw what was happening on KASE and responded accordingly, she said.
As Kazinform reported, Kazkommertsbank was buying tenge at 195.54 to the dollar and selling at 198.67; BankCenterCredit at 195.5 and 197.5; Eurasian Bank at 195.5 and 197.4; and Halyk Bank at 195.62 and 197.49. The National Bank of Kazakhstan continues to list the official exchange rate of the U.S. dollar at 188.35 tenge.

In a statement on his Facebook page, Director of the Centre for Macroeconomic Research Olzhas Khudaibergenov, a former adviser to the head of the National Bank of Kazakhstan, said “Today at the KASE, the average rate of the tenge was 188.38 tenge per $1. But, of course, all attention was paid to the fact that the maximum rate offered at auction amounted to 197 tenge per $1.” This is a sign that the upper ceiling of the trading corridor set in July, 198 tenge, will be exceeded in the coming days, he said.

“The current corridor was established based on oil prices in the range of $55-60 per barrel, but the price is $48 [per barrel of Brent crude oil],” Khudaibergenov pointed out, saying that as a result, the segment of Kazakhstan’s business sector that was pushing for a sharp devaluation would get what they wished for. “If [a sharp devaluation] takes place, we will wait for what the supporters of a sharp devaluation promised – the growth of business competitiveness, preservation of jobs, growth, production, and other miracles,” he said.

On July 15, when the new tenge corridor was announced, National Bank Chairman Kairat Kelimbetov said the tenge exchange rate would not exceed 190 tenge to the dollar this quarter.