ASTANA – Kazakhstan’s success in healthcare has been recently marked by a series of rare and complicated surgeries. One such surgery was held at the capital’s hospital No. 2 recently on a resection of a trachea for the first time in the country, Astana TV reported. 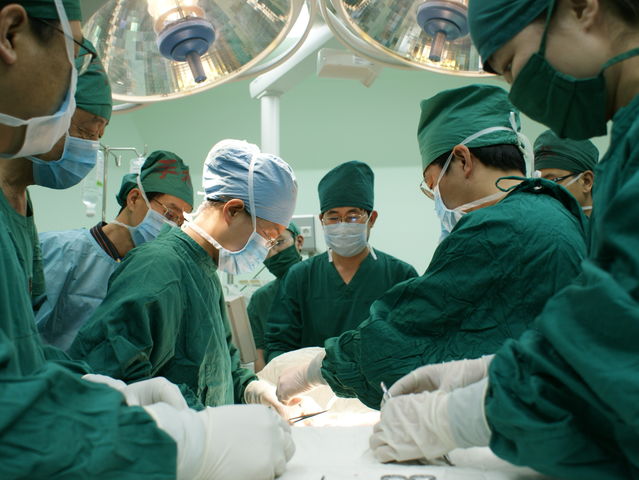 A few years ago, crane operator Duman Bekmaganbetov fell off a tower crane and received multiple injuries that kept him in a coma for a month. He was also diagnosed with tracheal stenosis – he couldn’t breathe. So doctors installed a silicone tube in his throat. He had lived with the device for four years.

“It was hard for me. Sometimes suicidal thoughts came to my mind. I was simply exhausted to fight the disease. And when recently I had surgery, I was extremely happy. I wanted to cry [in happiness] but I’m a man but still could not hold my tears,” Bekmaganbetov said in an interview with Astana TV.

The essence of the operation is to remove the site of the trachea where the air can’t get through. The doctors said the surgery was very sophisticated and they needed a lot of time to prepare.

“Many of patients [with the same diagnosis] were sent abroad. Now we can safely say that we, in Kazakhstan, in Astana, can perform such surgeries,” Chief Thoracic Surgeon Kairat Dzharkeyev said. “Probably any surgeon would admit that before each surgery they are nervous and they get ready for each operation. Any surgery is a risk. This pathology is not so common to operate in every region and everywhere. It is rare and has many complications. The failure of joints, recurrence of stenosis, inadequate ventilation, bleeding,” he added.

According to doctors, there are 18 patients with pathologies of the thoracic cavity. In general, there are only two departments of thoracic surgery that can help people with severe abnormalities: the Syzganov National Scientific Centre in Almaty and from now on the city hospital No. 2 in Astana.