The Kerbez Kazakh folklore ensemble from Semey was recently selected through an online qualifying competition to perform in Paris at the International Festival of Nations of the World, reported Tengrinews.kz. French audiences will experience songs of renowned Kazakh singer Amre Kashaubayev as well as folk songs and kuis, a traditional Kazakh composition. 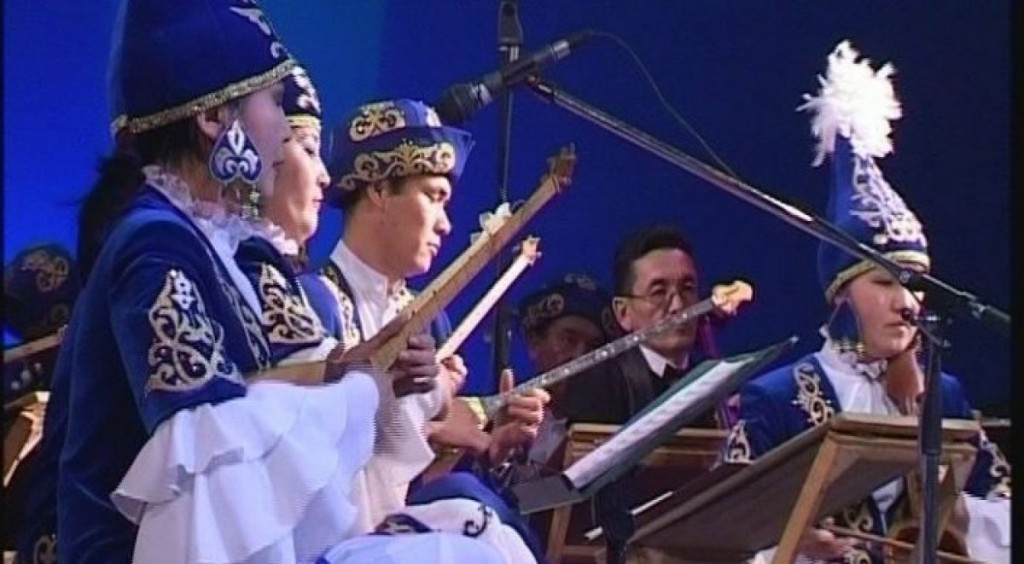 Kashaubaev was among the first Kazakh singers to achieve acclaim abroad. In 1925, he went to Paris where he won second place at the Ethno Concert organised in the frames of the World Exhibition. The newspaper “The Paris Week” described the Kazakh singer as the “owner of an amazing voice, who performed breathtaking songs of his people accompanied by the national musical instrument dombra.”

Thanks to Kashaubayev, the world discovered the new world of Kazakh music and Kazakh people. Later in 1927, Kashaubayev impressed Europeans by his unique vocal talent in Frankfurt, Germany. Both performances earned him worldwide fame. Ninety years later, his countrymen musicians are going to perform on the same stage. According to the event’s rules, Kazakh artists will present a one-hour concert programme.

“We have selected several Kazakh folk songs and national kuis to present to the international jury in Paris. In addition, we will stage performances to tell about national singing traditions, such as laying a baby in a cradle, which is called ‘besik’ in Kazakh or the betashar ritual, which is the ceremony of unveiling the bride’s face before the wedding. These small performances will help Europeans get to know our culture and customs better,” said the head of the Kerbez folklore ensemble Gulbahram Mussabekova.

This is not the first international concert a Semey folklore ensemble has given. Musicians have traveled internationally many times, but the Paris audience will see Kazakh musicians for the first time. It was announced that the artists will be performing along with representatives from China and Japan during the festival.