BISHKEK – On Aug. 21, during a visit by a Kazakh delegation headed by EXPO 2017 Commissioner and First Deputy Foreign Minister Rapil Zhoshybayev, Kyrgyzstan became the first country to sign an official agreement to participate in EXPO 2017 in Astana. 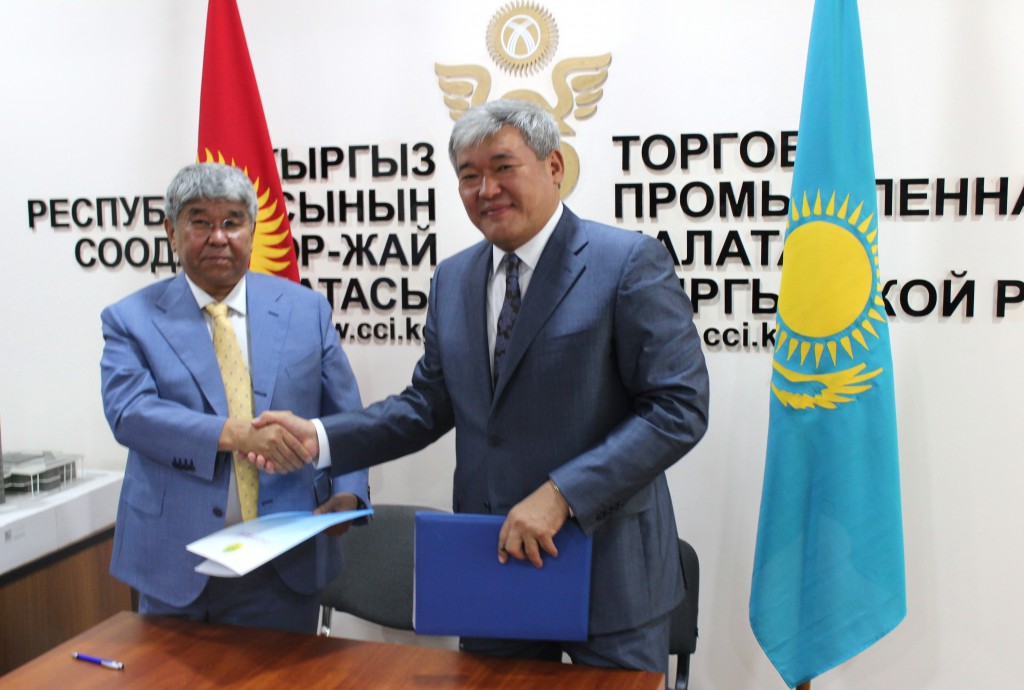 Kyrgyzstan had previously confirmed its participation in the beginning of 2015 and appointed an expo commissioner. Details of the country’s participation, including the size and location of its national pavilion, will be decided during a meeting of international EXPO 2017 participants in November.

While in Kyrgyzstan, Zhoshybayev met with representatives from the Ministry of Foreign Affairs of Kyrgyzstan, President of the Chamber of Commerce and Industry of Kyrgyzstan and Expo Commissioner of Kyrgyzstan Marat Sharshakeyev as well as officials at GazPromoil Asia.

With Sharshakeyev, Zhoshybayev exchanged views and opinions on prospects for collaboration within the event. Sharshakeyev noted that holding the large-scale event, with its theme of “Future Energy,” will help promote Kazakhstan’s green economy. He also commented on Kyrgyzstan’s green energy potential, with its mountains and water resources. It will be important to display Kyrgyzstan’s potential at EXPO 2017, he said.

Zhoshybayev said the expo would be a good foundation for developing the potential of the region and the world in renewable energy. Sharshakeyev also assured Zhoshybayev that Kyrgyzstan will be an active participant in presenting the most exciting green energy achievements.

The two officials also discussed strengthening bilateral economic and trade cooperation and the collaboration of government agencies and companies of the two countries.