By Kamila Zhumabayeva in Nation on 17 August 2015

ASTANA – More than 150,000 people in Kazakhstan have impaired hearing and related disabilities. Approximately 5,000 reside in Almaty and many in Shymkent, although only about 500 adults and children with hearing problems live in Astana. 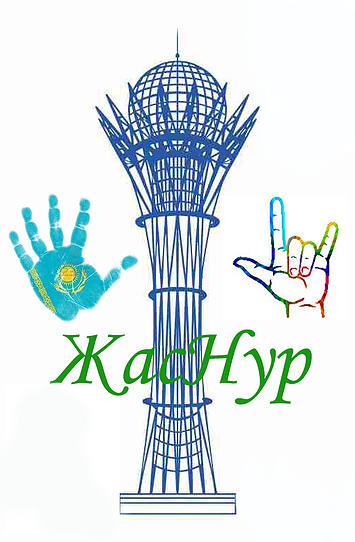 Although the capital has a variety of programmes for youth, like the Komek programme which teaches young people with disabilities and helps them with employment opportunities, many of the deaf choose to live in Southern Kazakhstan rather than Astana due to its harsh winters and high-priced accommodations, said Society for Disabled Children Chairperson Kamka Zhasanova in an interview with The Astana Times.

Since 2008, Astana’s ZhasNur Public Association of the Deaf has worked with people who have hearing disabilities. The organisation has projects and programmes aimed at providing an informational environment and teaching creative skills, professional development and legal literacy to children and youth.

Astana’s deaf population interacts well with one another and asks questions when they come to the association, but the lack of adequate hours with professional and literate sign language interpreters makes it much more difficult to receive an education and employment.

“The government provides a 30-hour sign language interpretation per year, meaning only two and half hours per month, which is not enough,” said Zhasanova.

Young hearing-impaired people are trained through a 2010-2011 project supported by the Bota Public Fund and the Foundation of the First President of Kazakhstan as hairdressers and manicurists.

Various sign languages are used in different regions of Kazakhstan and the widely-used books of gestures are mostly in Russian.

“Deaf people in Kazakhstan can’t use lip-reading or speak and understand each other without gestures,” she said.

The integration process is quite difficult for Kazakh youth with disabilities, as many deaf children do not receive enough attention from their parents. Their mothers and fathers do not know sign language and as a result, young people may be led to religious sects or a problematic environment, she stressed.

Zhasanova shared she never considered learning sign language herself because she always believed that one day her deaf child would start speaking.

“I realised I had to change my way of thinking a few years ago when my younger son thought I didn’t love him because I didn’t want to learn gestures. All my life I thought my child would be able to speak, but it’s been 30 years and it is clear that he will not,” she said.

Having completed a basic course, she can understand simple gestures but it’s not enough. Zhasanova stressed the need for parents to have more training with sign language specialists. Deafness is often not inherited genetically, meaning deaf parents can have children with normal hearing abilities. If the youngsters are unable to hear, parents can be interpreters.

Cochlear implant surgery may create a way for those with hearing impairments to live in a hearing world. The devices are easily accessible in Kazakhstan, but many do not want the appliance implanted and refuse the operation. While the technology is modern, it has its limitations and dangers.

Individuals with cochlear implants must also deal with not being able to swim or stay in the sun or rain.

“The device affects the brain, resulting in more problems such as not being able to sleep because of disturbing sounds and nobody is responsible for consequences that result from the surgeries. Deafness is not curable,” she emphasised.

Some deaf people can speak fully and while cochlear implants might help, there are no specialists who can set the device correctly, said ZhasNur Public Association of the Deaf social worker Galina Ilyasova.

She noted parents think they are doing what is best for their children when they rely on public healthcare facilities, such as city clinics. In these settings, however, neurologists and family doctors are not competitive enough to make the right diagnoses and provide the proper treatment not only for the deaf, but also for patients without impairments, stressed the social worker.

The society in Astana is another challenge of daily life for people with hearing disabilities and those who are blind, paralised or use wheelchairs.

“The society often bypasses, omits and even despises us as social workers taking care of children and adults with such disabilities. They don’t feel comfort, support and plain understanding,” said Ilyasova.

ZhasNur is also developing a project that protects the rights of deaf people in situations where scammers take advantage of their condition.

“There are a lot of cases when intermediaries helping people with hearing disabilities to take loans from banks end up stealing half of the money,” said Zhasanova. The situations have led to a number of lawsuits filed and trials among deaf victims across regions in Kazakhstan. It is extremely necessary to provide deaf people with training in these areas to reduce these types of problems, she added.

Employment, integration and sign language learning remain among the major issues for people with hearing disabilities, no matter how many projects and activities of NGOs, government support and big opportunities exist.