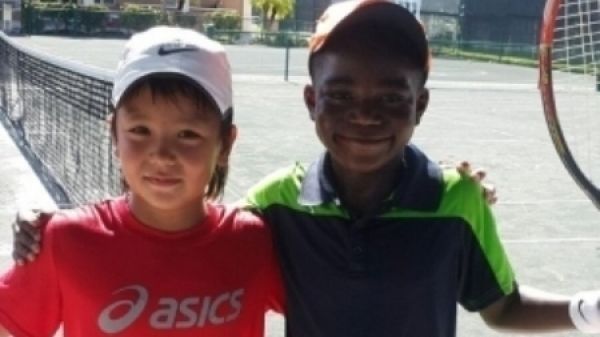 The young athlete from Kazakhstan earned a spot in the under-10 tennis World Cup to be held Aug. 23-29 in New York.

“The athlete has been playing tennis since he was5 years old and has been repeatedly winning championships of Kazakhstan,” a statement said.

Kozbakis currently training at the Evert Tennis Academy in the United States.

Tennis’ popularity in Kazakhstan has been increasing over the last  decade.  In 2010, Kazakhstan fought into the top rank of the global elite – the Davis Cup World Group, beating Switzerland five matches to none. Also in 2010, Russian-born Kazakh citizen Yarolsava “Slava” Shvedova emerged on the international tennis scene at age 22 by winning back-to-back Grand Slam doubles tournaments at Wimbledon in Britain and the U.S. Open at Forest Hills, New York. In the summer of 2012, Shvedova made Wimbledon history by playing the first perfect singles set in at least 44 years.

The Kazakh Tennis Federation has also been working in recent years to encourage the region’s best players to come and live in the country and adopt Kazakh citizenship. It has also brought in legendary coaches like Eric van Harpen, the former coach of star Anna Kournikova, to work with the Kazakh national team. Kazakh President Nursultan Nazarbayev has also been reported to be a good tennis playerand earlier this year met with tennis superstar Ralph Nadal during Nadal’s visit to Kazakhstan.