BEIJING – China has officially confirmed its participation in EXPO 2017 in Astana, making it the 39th country to confirm that it will take part in the event. The participation documents were signed and handed to EXPO 2017 Commissioner and First Deputy Foreign Minister of Kazakhstan Rapil Zhoshybayev in a meeting with Chairman of the International Trade Promotion Committee of China Jiang Zengwei in Beijing on Aug. 24. 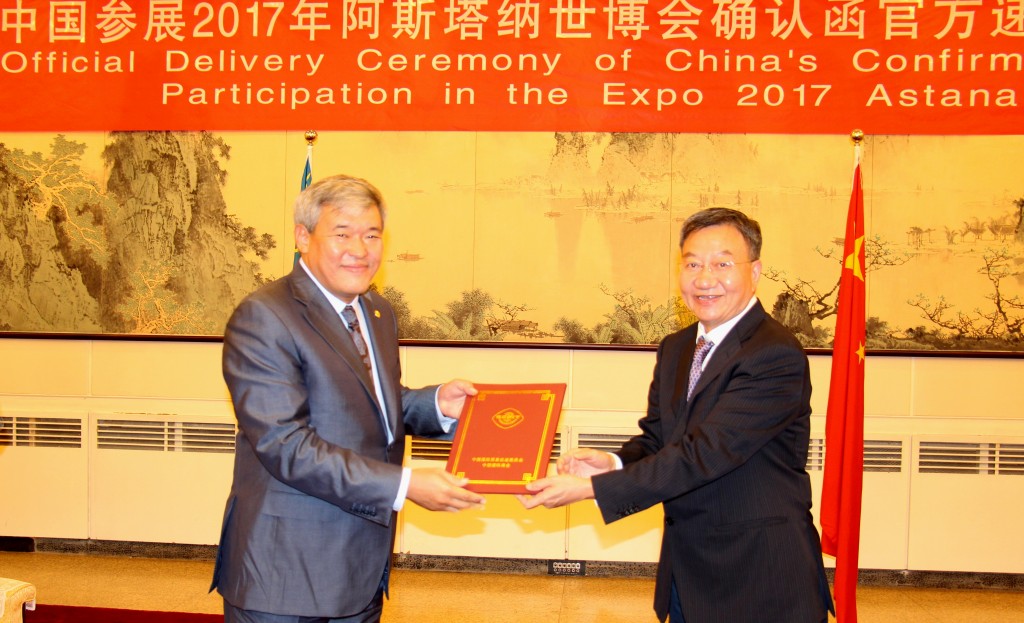 “The business circles of China are very interested in EXPO 2017,” Jiang said during the meeting. “During his visit to Kazakhstan last May, President of China Xi Jinping assured President Nursultan Nazarbayev that China will actively participate in EXPO 2017.” Jiang also underlined that during the event, China intends to publicise its energy concept and demonstrate its own contribution to future energy. China also intends to use this opportunity to strengthen Chinese-Kazakh relations in the economic, humanitarian and security sectors and to stimulate the development of bilateral relations and strategic partnership.

According to Jiang, hosting an event on the scale of EXPO 2017 will bring the economy of Kazakhstan to a new level, encourage more investment from international companies and support new domestic achievements in alternative and renewable energy. He promised that China will be represented well at the event and that a Chinese delegation will be sent in the near future to Astana to discuss organising China’s participation. 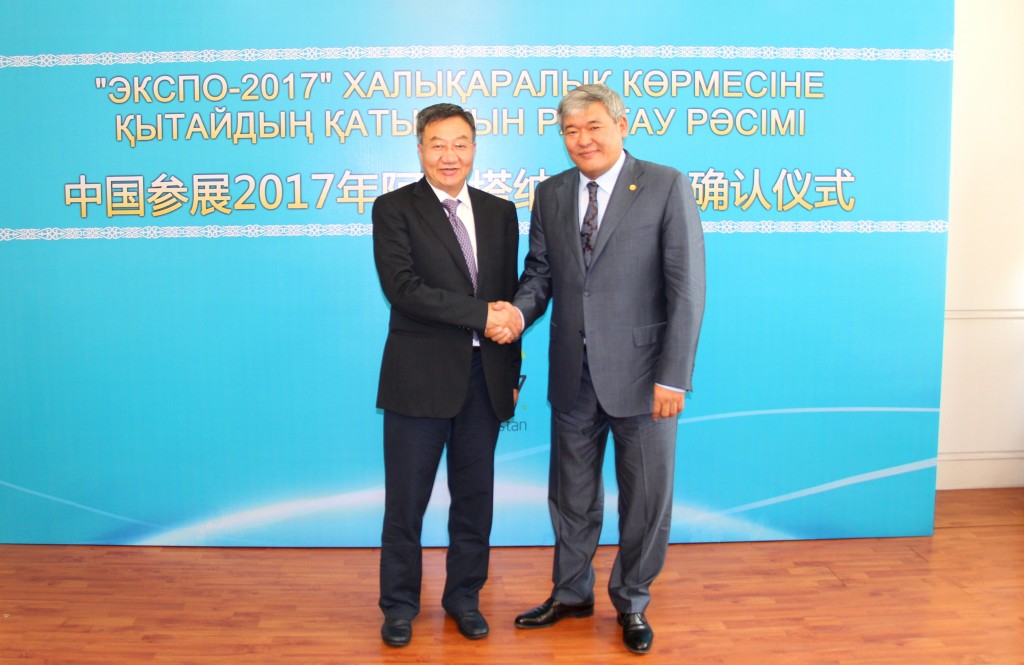 Zhoshybayev expressed his gratitude to China for their support for Kazakhstan’s bid to host the expo and stressed that China’s participation will strengthen Kazakh-Chinese partnership. Both parties noted the development of Kazakhstan and China’s relationship in an atmosphere of trust and mutual understanding and in the spirit of strategic partnership.

Zhoshybayev pointed out that 2017 has been declared by President Nazarbayev the Year of the Chinese Tourism in Kazakhstan.

“I am sure that this will motivate a successful and fruitful hosting of EXPO 2017, and the Chinese population will learn more about our country,” he said. The Kazakh diplomat also reported that Kazakhstan is working on facilitating Chinese tourism to Kazakhstan, including through the signing of two agreements between the Astana EXPO 2017 National Company and tour operators of China.

Zhoshybayev also met with Director of the State Administration of Tourism Zhang Lijun and discussed the implementation of joint projects in tourism, organising and conducting the Year of Chinese Tourism in Kazakhstan in 2017, attracting Chinese tourists to EXPO 2017 and promoting the touristic potential of Kazakhstan in China. Zhang shared the Chinese experience in tourism development, especially in hosting large international events like EXPO 2010 in Shanghai and the 2008 Summer Olympics in Beijing.  Zhang stressed that the Year of Chinese Tourism in Kazakhstan in 2017 will be colourful and interesting and will enlarge the geography of tourism within the country and strengthen special strategic relations. 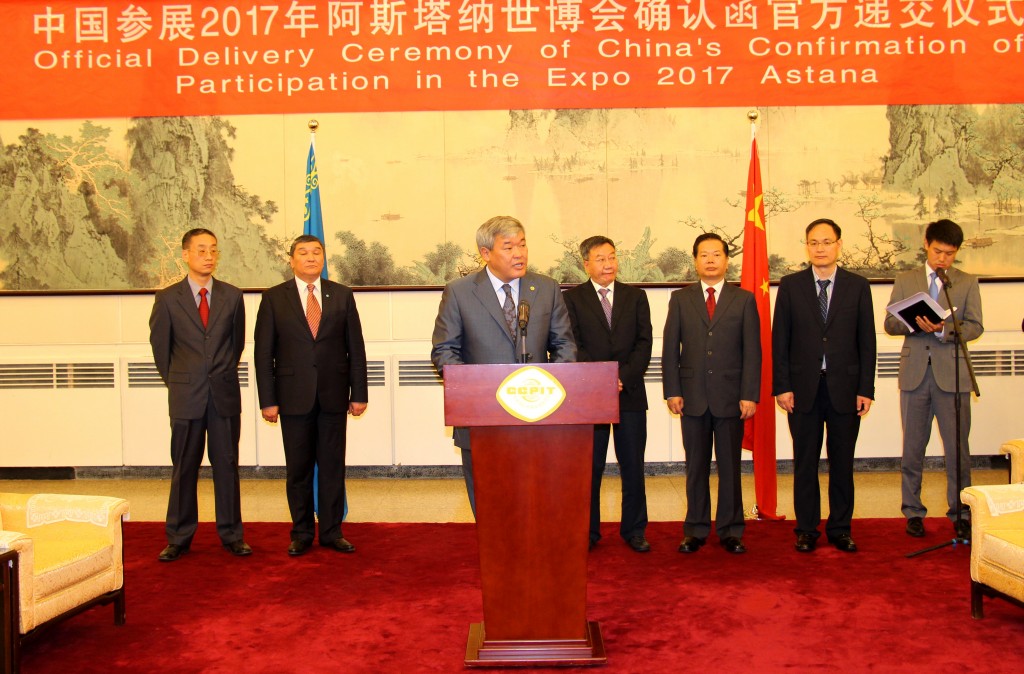 A road show for the leaders of Chinese tourist agencies was also organised during the visit, with Zhoshybayev reporting on Kazakhstan’s investment climate; possibilities for the Chinese business in trade, investments and tourism; and the preparations underway for EXPO 2017. He also familiarised the Chinese business circles with the conditions for participating in EXPO 2017. A video on the expo and the preparation for it was also shown.

Tourism from China has grown steadily through recent decades, and according to data from the World Tourism Organisation for 2012, the country holds the leading position for the number of citizens travelling abroad (97.3 million people) and for expenses in travelling abroad ($102 billion). In 2014, more than 15 million Chinese citizens travelled abroad, making up 19.6 percent of all international tourists. They spent $140 billion during their travels.