ASTANA – Astana Pro Team rider Rein Taaramäe snatched the overall win in the Arctic Race of Norway in Narvik on Aug. 17 from race leader Ben Hermans, who had a mechanical issue in stage four and couldn’t defend his position. 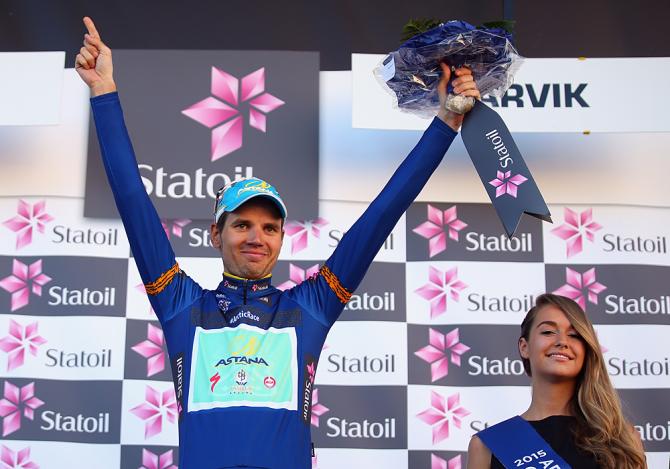 Taaramäe started the final race seven seconds behind overall leader Hermans but with the help of his teammates managed to attack in the final laps to finish the race third and take the overall win.

“Two stage race victories in August is something very special, and my form is very good right now – I hope to race well next in Canada and for a spot at the TTT World Championships in Richmond,” Taaramäe said after the race.

“With the overall victory at the Arctic Race of Norway, Taaramäe celebrated his second consecutive stage race title in August, having won earlier this month in Spain at the Vuelta a Burgos,” the team’s official website quoted.

The Arctic Race of Norway is a multiple-stage annual road cycling event that has been held since 2013. Taaramäe is the third winner. Previously, Norwegian Thor Hushovd of BMC Racing Team celebrated victory in 2013 and Dutch Steven Kruijswijk of Belkin Pro Cycling in 2014.