About 5,000 documents of historical value have been brought to Kazakhstan and about 160 volumes of books with a 350,000 copy print run have been released since the beginning of the state Cultural Heritage Programme,according toDirectorof the National Library of Kazakhstan AlibekAskarovhHe pointed out that the history and culture of any nation are inextricably linked with the history of neighbouring nations and developed in interaction and mutual influence with them. 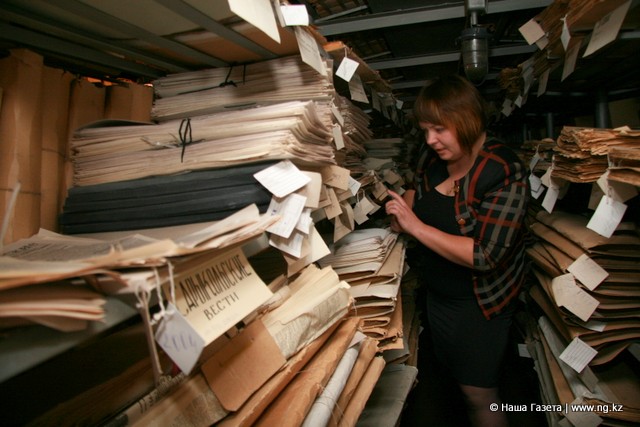 “The data of the written sources, archaeological excavations and findings in the Karaganda region prove the relationship of the peoples of Central Asia, Eastern and Central Europe, Altai, Ural, Volga region, Central and West Asia and the numerous contacts of nomadic and sedentary cultures of Eurasia,”said the Head of UlytauCultural and Natural Reserve MuseumBakhtiyarKozhakhmetov.

One of the monuments testifying to the close and fruitful relations of the ancient nomadic and sedentary peoples is Ulytau. It became the first centre of the Golden Horde, and it is the place directlyrelated to the furtherdevelopment of new ethnic groups, such as Kazakhs, Nogais, Uzbeks, Tatars, Bashkirs and others. The history of the Kazakh people and archaeological data of the steppe strongly testify that the interaction of cultures is a natural phenomenon of human civilisation.

Another locationthat proves therich and varied history of the Kazakh people is the Zhambyl region. There, between the rivers of Shu and TalasKerey and Zhanibek khans founded the Kazakh Khanate. And that is the place where the main activities to celebrate the 550th anniversary of the Kazakh Khanate will be held.The ancientTaraz museum complex andthe National Cultural Centre are under construction and the infrastructure of historical monuments is being improved.

“The National Library in Almaty holds a variety of events to celebrate the 550th anniversary of the Kazakh Khanate and within the Mangilik Yel (Eternal Nation) patriotic project. For example, since the beginning of the year, we have been inviting everyone to a great exhibition in our library, where more than three thousand manuscripts, books and rare historical documents are presented,” said the head of the National Museum.