230,000 Square-Metre Transport, Logistics Hub to Be Built in Shymkent

By Michelle Witte in Business on 18 August 2015

ASTANA – The Kazakh government plans to build a 230,000-square-metre transport and logistics centre on 92 hectares in Shymkent to help coordinate transit between Shymkent International Airport, the Western Europe-Western China highway and the Trans-Asian Railway, Kazinform reported. 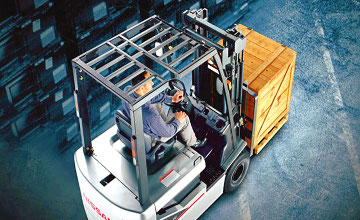 The centre will include Class A and Class B warehouses, dry warehouses, freezers and other equipment to store fruits and vegetables, a growing economic sector in the region, which produces 30 percent of Kazakhstan’s vegetables, according to South Kazakhstan Invest. The centre will also have a container yard, customs terminals, service and distribution centres and other facilities. It will be located 2 kilometres from Shymkent International Airport, 4 kilometres from the Western Europe-Western China highway and 500 metres from the Trans-Asian Railway, Kazinform reported.

Twenty hectares of the project are to be used for infrastructure for the centre, while 72 hectares have been set aside for eight investment projects on the site, according to Kazinform.

A press release issued by the South Kazakhstan Akimat (municipal administration) noted that the Nurly Zhol economic programme intended to help Kazakhstan’s economy cope with the steep decline in oil prices emphasises the development of transport and logistics infrastructure, particularly by creating logistics hubs in different key regions. “The creation of the centre is a contribution to the implementation of this project,” it said.

Construction on the project will be carried out in two stages, one to be finished at the end of 2015 and the second to be finished in 2016. The centre will create 726 permanent jobs, according to Kazinform, and will receive $7.97 million in funding from Kazakhstan’s Business Roadmap 2020 programme, which is to build 510,000 metres of logistics infrastructure in the South Kazakhstan region. Private investment in the project is $127.6 million, the report said.

It was announced in May that a new terminal would be built at Shymkent airport. Plans released in July say the new terminal will be integrated with the city’s train and bus stations as well as the new transport and logistics terminal.