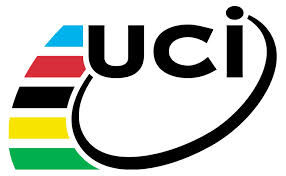 “I am very honoured to represent the United States of America in Astana at the Juniors World Championship. This is an incredible opportunity, and I will do my best to represent the U.S. team,” said Ashlyn Woods, 18, a recent Reagan High School graduate who dominated her age category at the U.S.A Cycling Elite & Juniors Track National Championships in Carson, California, according to Winston-Salem Journal.

The championships are open to riders selected by their national cycling associations. Riders compete in the colours of their states. A gold medal and a rainbow jersey are awarded to the winner of an event. World champions have the right to wear their rainbow jersey until the following year’s championship. Silver and bronze medals will be awarded to the second- and third-place finishers. The championships are hosted by different nations each year. Seoul, Korea hosted last year’s event.

The Astana velodrome has a capacity of more than 8,000 seats and its track is made of Nordic and Siberian Pinewood. The length of the venue is 250 metres, indoor track width is seven metres. Maximum bend inclination reaches 44° in turns. The event is free to the public to watch.

“As for Astana, we see this as an opportunity of a lifetime and a wonderful experience for a junior cyclist to represent their country,” Woods said, as reported by Winston-Salem Journal.

Woods has won two national championship titles and has trained for track racing at the Olympic Training Centre in Colorado Springs. She will fly from Los Angeles to Astana to be part of the U.S. team of three women and nine men.

The UCI Juniors Track World Championships are a set of world championship events, organised for junior sportsmen. The events contain different disciplines and distances in track cycling and are governed by the Union Cycliste Internationale.