By Olga Kazantseva in People on 9 October 2013 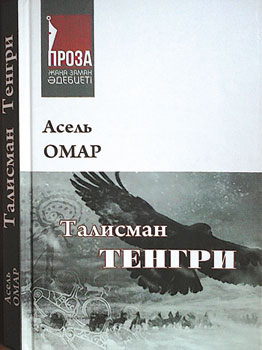 MOSCOW – Kazakh writer Assel Omar was awarded the Sergey Yesenin Gold Medal for loyalty to traditions of Russian culture and literature in Moscow this year.

Omar, a graduate of the Maxim Gorky Institute of Literature, lives and works in Moscow and creates her essays, short stories, novels and poems in Russian. Thematically and semantically, however, they are linked with the traditions and culture of the Kazakh people and the history and current stories of the country where she spent her childhood.

“Everything I do is related to Kazakhstan; more exactly with Kazakh themes. And it’s not only my creativity,” Omar said. In her scientific thesis on the history of philosophy, she investigated the question of man’s relationship with the deity through Tengriism, an ancient religion from Central Asia. “This is an unusual base for exploring philosophical issues, but through examples of the pagan religions and ancient texts, one can clearly realise the origin of such complex abstract concepts as love, consciousness, spirit,” she explained.

The writer says that everything connected with mythology inspires and excites a creative mind. Many of her works represent the pastiche of myths and historical facts common in ancient manuscripts. Omar found herself drawn to making these fact and fiction collages into “pretty logical stories.” 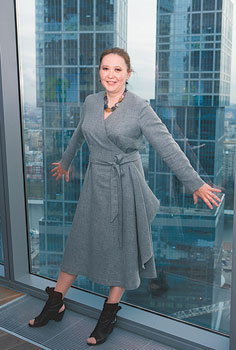 Sergey Yesenin award winner Assel Omar creates stories that are thematically and semantically linked to the traditions and culture of Kazakhstan.

“From a realistic point of view, these are magical stories, of course. But myths show the outside-the-box thinking of man and the breadth of his consciousness,” the author noted.

Analysing Omar’s work, in particular her “Talisman of Tengri” collection of short stories and articles, literary critics said her work creates a mystical crypto-history at the boundaries of ancient mythology and political reality.

Omar’s work is also generally positive, full of life-affirming impulses. Underlying her stories is the ability to perceive every day as a great gift, the understanding and peaceful perception of the paradigm of the opposition of good and evil, dark and light, the result of which is predetermined by higher logic and the principles of higher justice.

The presentation of “Talisman of Tengri,” issued under a programme of the Committee of Information and Archives of the Ministry of Education and Science of Kazakhstan to publish socially important literary works, was held in February this year in the Kazakhstan Embassy in Moscow. The young writer was already famous far beyond Kazakhstan’s borders and many of her works (“Early Cold,” “Blue Wolf”) had won prizes at prestigious international competitions, including awards from the Moscow government and the Assembly of Peoples of Russia for their contribution to the friendship of the two peoples and the establishment of a common spiritual and cultural space. Omar, a member of the Union of Writers of Kazakhstan, the Union of Writers of Moscow, the Russian Pen Centre and the Russian Philosophical Society, can now add the Yesenin gold medal to her collection.