Three budget bills for 2014-2016 were presented recently in the Mazhilis (the lower chamber of Parliament). 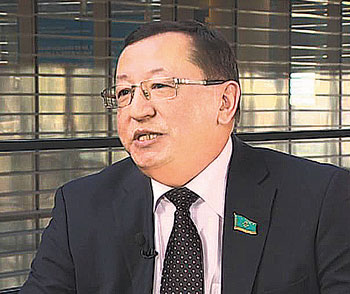 Effective use of budget funds has always been a state priority. While opening the second session of the Parliament of the fifth convocation, the head of state stressed that in a complicated global economic situation, there can be only one approach to budgeting – efficiency in budget spending. He called for cuts on costs which do not provide economic growth and employment.

The need to improve the quality of budget fund management led to a transition to efficient budgeting, which involves the orientation of budget expenditures to a result and consequently, their distribution depending on the achievement of goals.

Currently, there are seven standing committees in the Mazhilis, and each of them oversees a specific direction of the state apparatus. In the current year, each committee considering the national budget for the coming years held discussions with budget programme administrators, where the latter had to justify the need for the requested amount and the effectiveness of their use. Then the committee submitted its suggestions to our working group for further discussion.

In discussing budget legislation, we often raise the issue of increasing export duties on oil. Today, the duty is set at $60 per ton in the draft law. The export duty on oil is approved by the Government, and it varies depending on the fluctuations of oil prices in the world market. It should be borne in mind that in case of an increase of export duties, the amount of taxable rent oil income will decrease, which in turn will lead to a decrease in revenues to the National Fund. In addition, high export duties will entail the growth of value of exported goods, which ultimately will have a negative impact on the economy as a whole.

It is well known that oil prices are directly related to the dynamics of growth of the world economy. Kazakhstan, the main export commodity of which is crude oil, is heavily affected by economic trends in America, Europe and rapidly growing countries in Asia. Currently, we see stabilization of the rate of growth in the world economy, which is the result of measures taken by leading countries to counter economic slowdown, including the reorientation of investment flows to internal markets to increase the role of domestic consumption.

According to World Bank forecasts, anti-crisis measures will start to bear fruit in 2014-2015, and there will be a gradual growth of world economies, the main consumers of energy resources that in turn will have a positive impact on oil prices.

However, it should be taken into account that the price for petroleum in the world market is largely dependent on the influence of political factors. They are related to the situation in the Middle East, which is the world’s main oil-producing region. Political instability creates additional risks in operating companies, and this risk is laid in the price of oil.

While drafting the budget, we took into consideration changes in world economic trends, the level of world oil prices and the situation in the global financial markets. Thus, three possible scenarios were considered: optimistic, basic and pessimistic.

Very cautious oil price forecasts are taken while drafting the Kazakhstan budget. For example, in neighbouring Russia, the average crude oil price is $97 per barrel, in Azerbaijan the forecast is $100 a barrel.

Our goal is to end dependence on raw materials. Today, the country has made a number of steps to achieve this goal: the State Programme of Accelerated Industrial and Innovative development was launched on the instructions of the head of state, and a lot of support is provided to small and medium-sized businesses.

As we can see, there is a positive trend in this indicator. However, it’s too early to speak about significant changes in the situation. Rather, it is the beginning of the process. In talking about withdrawal from the raw material orientation of our economy, we pin hope on successful implementation of SPAIID and other targeted measures.

Enterprises in the quasi-public sector are also often criticized during parliamentary discussions for inefficient use of budget funds. Thus, according to the Accounting Committee, 21 LLPs or 38 percent of these companies were unprofitable in 2012. The total sum of their losses in 2012 was 3.4 billion tenge. Thirty one state-owned utilities completed their financial and economic activities with losses totaling 1.3 billion tenge. These are only some data, but it is already possible to judge about the irrational use of budgetary funds and mismanagement of state assets.

I think parliamentary control over this issue should be permanent. This means that the quasi-public sector needs to improve its management and to achieve better return from the invested budget funds or to give these functions to competitive environment.

And here is the last thing I want to say. It’s no secret that the global financial crisis has not spared even the developed countries of the West, which today have to take unpopular measures to reduce social costs in their budgets. At the same time, Kazakhstan continues to increase budget expenditures aimed at the development of such areas as education, health care, improving the living conditions of the population, etc. The draft budget provides for continuation of state policy in the social sphere, which aims to ensure timely and full performance of state’s social obligations.

The budget is a major instrument of social policy. The social dimension of the budget will reduce society’s social tensions, eliminate both external and internal threats to economic security, while the effective planning of resources will ensure economic growth and competitiveness of the country.