Pension System Should Be Improved

By Yelena Bakhmutova in Op-Ed on 9 October 2013

The reform of the pension system in Kazakhstan has raised controversies in the society and key provisions of pension legislation continue to raise questions, which warrants explanations. 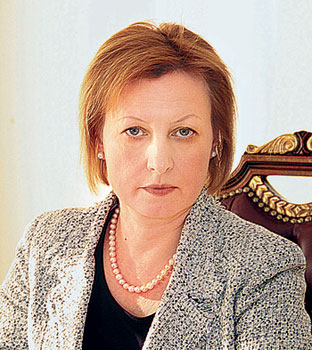 First of all, the transition to the accumulative pension system was revolutionary enough 15 years ago. The expediency of placing the primary responsibility for retirement income on the worker himself is generally not disputed by critics of the savings system, as it fits into the basic principles of a market economy. However, the extent of the responsibility shifted from the state and the employer onto the employee’s shoulders needs a reasonable adjustment. The formation of a three-tier system of pension security was underlying the concept of pension reform 15 years ago. At present, the three-tier system, a system of shared responsibility between the state, the employer and the employee for pension provision, is being adapted to current market conditions.

We have to admit that the voluntary professional pension scheme of persons employed in industries with hazardous working conditions is not yet developed enough. It was intended to provide an increase in pension savings from voluntary pension contributions by employers and allow employees to retire early, at the ages of 53-55. However, in practice, about 4,000 people are participating in this system, and their accumulations barely exceed 100 million tenge (about $649,000).

As is known, employers paying voluntary professional pension contributions get preferential tax treatment. Therefore, the process should not lead to an increased burden on the employer.

The issue of return, of course, is inseparable from the amount of risk. The higher the return on the instrument, the higher the risk and vice versa.

To increase the efficiency of the investment strategy for Unified National Pension Fund (UNPF) assets under the new law, a council for pension assets management will be established under the President of Kazakhstan, comprised of representatives of the state and the financial market, as well as independent experts. They will create investment policy and set the parameters for the investment of pension assets in different classes of financial instruments. Samruk Kazyna, the largest employer in the country, is raising awareness about the main directions of the pension system through websites and publications. This April, a meeting of Samruk Kazyna’s expert discussion club on the modernisation of the pension system of Kazakhstan was held and was attended by government representatives, members of parliament, members of nongovernmental organisations, trade unions and the media.

Social responsibility is a key focus of Samruk Kazyna. Due to changes in the legislation regarding payment during maternity leave, the company amended its social support policy in April 2013. It was recommended that the company, in accordance with Kazakhstan’s labour codes, pay maternity leave as well as leave for employees who have adopted newborn babies, while maintaining the net average wage. Further social support measures will be developed.

Samruk Kazyna also informed the public about the ongoing monitoring of social attitudes in the workforce. This monitoring is regularly conducted by a specially created Corporate Foundation Centre for Social Partnership (CSP). To build a new model of social-labour relations with effective mechanisms for the prevention and resolution of labour disputes, the fund implements practices determining what it calls the social stability rating of each company. The studies are to be conducted on an annual basis.

In addition, to monitor the reaction of staff to changes in national legislation, social polls are conducted. This April’s poll was on attitudes toward raising the retirement age for women.

There is also the Council of Trade Unions, which coordinates the implementation of collective agreements and harmonises the positions of the fund’s social partners on directions of labour and social policy.