The Anti-crisis World of G-Global 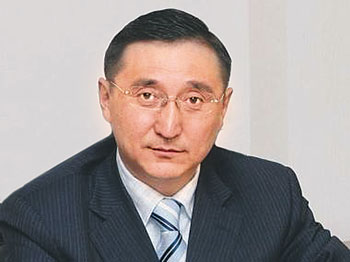 In the 21st century, the world is still plagued by crisis, and even more so than before in the economic and financial industries. Under these circumstances, President of Kazakhstan Nursultan Nazarbayev gave a comprehensive scholarly explanation of the current financial and economic crisis in his article titled “Keys to the Crisis” which was published in “Rossiyskaya Gazeta” in February 2009.

In this seminal article, he stressed that the crisis was not a natural disaster and was not the result of an accidental turn of events, but rather a natural consequence of underlying imbalances in the world economy.

According to the head of state, the origins of this crisis are hidden in the instability of the architecture of the global financial and economic systems. No existing currency can foster long-term and balanced civilizational development.

In March 2009, from the platform of the Second Astana Economic Forum, President Nazarbayev talked about the need to reform the global financial and economic system and mentioned creating a single supranational currency capable of manifesting the true cost of goods and services.

This idea was strongly supported by the participants of the Second Astana Economic Forum, including Nobel laureates Robert Mundell and Edmund Phelps, experts from leading international development institutions, as well as heads of major Eurasian corporations. Their support was reflected in the final recommendations of the “Group of Twenty”.

According to the president of the World Innovation Foundation, David Stewart Hill, Nazarbayev’s proposal is not just a prudent step, but a strategic vision.

In September of the same year, in a fundamental scientific article “The Fifth Path”, which was published in the newspaper “Izvestia”, the author gave a thorough and objective assessment of the current system of economic values. He stressed the importance of the regular measurement and correction of global processes in line with the fundamental transformation of the economy.

Meanwhile, the initiative to create a redesigned world economy, has evolved from sporadic international debate to a plan beginning to materialize. The engine of this process was a unique scientific integration platform of the Eurasian Economic Club of Scholars, which was established in 2008 in Astana by the President of Kazakhstan .

The Eurasian Economic Club of Scholars, an intellectual platform, has the power of both international science and optimized mechanisms not only for dealing with crisis, but with post-crisis development as well.

During its years of operation, global scholars carried out an unprecedented large-scale analysis of the current crisis. As a result, they brought many key issues of modern economic practices, including the theme of reforming the global financial and economic architecture, to international debate at the Astana Economic Forum, the World Anti-Crisis Conference and the communications platform G-Global.

The final documents of these discussions were considered by the UN, G20, international organization and development experts an important contribution to the stabilization of the global economy.

At the plenary session of the UN General Assembly held in June 2012, the recommendations of the fifth Astana Economic Forum were presented by the “Eurasian Economic Club of Scholars” to the UN Secretary General Ban Ki-moon, President of the UN General Assembly Nasir Abd al-Aziz Al-Nasser, and Deputy Minister of Foreign Affairs of Mexico, Mexico’s G20 Sherpa Lourdes Aranda Bezauri. Bezauri in turn noted the quality content of recommendations at the forum.

The growing interest of the international community in Astana’s anti-crisis debate is a clear demonstration of the fact that the initiatives of President Nazarbayev are relevant, both in overcoming the current crisis, and in building an updated model for post-crisis development.

Meanwhile, the system hurts the financial sector, not only the economy. Today’s conditions have a negative impact on global society as a whole. Under such conditions, the solution of many pressing issues, in narrow formats of dialogue, in particular, the G8 and G20, is becoming more and more difficult to follow because of systemic problems.

At the fifth Astana Economic Forum, the head of state called on the international community to aid in the formation of G-Global, or a new set of principles for a 21st century world order, based on true humanism and tolerance. In order to form a more constructive international economic policy and find global anti-crisis solutions, he proposed that G-Global complement the existing G20.

On Dec. 21, 2012, the resolution of the UN General Assembly approved a proposal to hold the World Anti-Crisis Conference in Astana. It was supported by all 193 UN member states. Taking into account the increasing role of the Astana Economic Forum as a promoter of logic in a multi-polar world and in forming an international economic agenda, Kazakhstan was entrusted with carrying out outreach activities for the Russian Chairmanship of the G20 at the Sixth Astana Economic Forum and the World Anti-Crisis Conference.

In 2013, over 12,000 delegates, including more than 3,200 representatives from 136 countries of the world attended the discussions of the Sixth Astana Economic Forum and the World Anti-Crisis Conference. The first World Anti-Crisis conference held amongst central bank heads and ministers of economy and finance, defined the contours of future joint actions to improve the health of the world economy.

The World Anti-Crisis Conference in Astana has become a crucial event in international anti-crisis efforts and in beginning the discussion of key issues of our time directly with support from the UN General Assembly and the Presidency of G20. The conference not only continues interrupted debate at the UN, but also offers itself as a separate format, which has its own status, role and significance in global anti-crisis discourse.

The world community greatly appreciates the role of President Nazarbayev in the formation of new economic policy. Comprehensively supporting his breakthrough initiatives, world scholars and politicians pointed out that in the face of global uncertainty, Kazakhstan’s leader was able to define a new channel of economic development, which since then has become mainstream thought.

The author is a Member of the Senate of the Parliament of the Republic of Kazakhstan.