By 2017, Astana Will Become a City of the Future

By Talgat Yermegiyaev in Op-Ed on 9 October 2013

On 22 Nov. 2012, Astana won the bid to host the EXPO 2017 specialized international exhibition under the theme “Future Energy”conference. It was a historic moment for our country. The campaign greatly benefitted us as a nation. During the campaign, we strengthened diplomatic, economic and trade relations with all member states of the Bureau of International Exhibitions (BIE). Kazakhstan representatives visited almost all members states. During bidding, international experts visited the capital and other Kazakhstan cities and gave strong praise to the great urban development, standard of living and economic development of Kazakhstan. 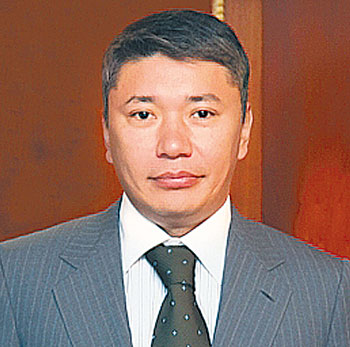 Our only, but none the less strong competitor was Liege. Belgium has hosted EXPO multiple times and the country has extensive experience holding international conferences. An important argument in favour of Liege was its geographical location – the heart of Europe. However, most of the participating states favoured Astana.

Kazakhstan’s victory is far from a misstep. First of all, the international community favoured the “Future Energy” theme, which was proposed by our country. This signifies recognition of our capital as a good place to hold an event of global importance. It also denotes an appreciation of our success and highlights various prospects for our development, as well as those of all of Eurasia. Lastly and most importantly, Astana’s victory was the cumulative effort of all of the people of Kazakhstan. Our success here brings great responsibility; we will hold the exhibition at the highest level.

EXPO 2017 is a major project that will certainly have a positive impact on the development of the country and the region as a whole. For Kazakhstan, EXPO means a huge volume of investments in the construction of exhibition facilities and infrastructure in the capital, development of domestic tourism, a large-scale partnership between the government and private sector and increased international recognition of our capital and the country.

EXPO 2017 will last three months – from June to September 2017. It is expected to attract about 100 countries, six international organizations and more than two million visitors.

EXPO 2017 will boost economic and infrastructure development, spawn thousands of jobs, further develop domestic tourism, increase the flow of foreign tourists and mobilize the economic and social resources of Kazakhstan.

It is important to note that the exhibition will be held in Astana’s new special economic zone, which offers tax and customs preferences. This event will be a favourable investment platform for major domestic and foreign investors.

EXPO’s arrival to the heart of the Eurasian continent marks a new chapter in the economic history of not only Astana and Kazakhstan, but also of all CIS countries. The ”Future Energy” theme is also a new step, one towards preserving our planet for future generations.

EXPO will incentivize the implementation of green technology.

As our President noted, attracting new energy and “green” technologies will be one of the key factors in modernizing Kazakhstan’s economy.

EXPO is also important for the cultural development of our capital: concerts, shows, national holidays and other recreational activities will be held on a frequent basis at the exhibition.

In 2017, Astana will celebrate its 20th birthday. This is a very eventful and important year for our country.

By 2017, Astana will have become a kind of “City of the Future.” According to a detailed draft plan of the capital, EXPO Town will be built in the Yessil district on Kabanbay Batyr Square at the intersection of Hussein Bin Talal, and Orynbor and Ryskulov avenues. The area of the proposed facility is 173.4 hectares, 25 hectares of which are allocated for the exhibition centre, 48.4 hectares – for parks, boulevards; the remaining 100 hectares will be occupied by EXPO Town and outdoor arrangements.

EXPO 2017 is to become the world’s first energy infrastructure demo site. Accordingly, the exhibition area itself and its facilities should be an example of energy generated by renewable and alternative energy sources and environmentally friendly “green” technologies.

The Future Energy theme will be displayed at thematic pavilions, the exhibition complex, cultural programmes, performances and events. After EXPO 2017, some of the space where the fair was held can be used as scientific laboratories, research centres and research institutes.

According to preliminary estimates, we expect that 100 countries will attend the exhibition. Starting next year, after the defense and approval of the EXPO 2017 registration dossier EXPO 2017by the Bureau of International Exhibitions, we will begin aggressively inviting foreign participating countries.

We hope that our advantages will help us attract foreign states: our first advantage being that this event has never been held in Central Asia, the second is the universal relevance of our future energy theme. The fact that Kazakhstan has successfully hosted major international events in the past, such as an OSCE summit, the Winter Asian Games 2011 and the World Islamic Economic Forum, just to name a few is no less important.

The author is Chairman of the Board of NC “Astana EXPO 2017”.