There is an expression that says, “Height by great men reached and kept was not attained by sudden flight, for they while their companions slept, they were toiling upward in the night.” And this applies well to President Nursultan Nazarbayev for creating a solid pathway for the people of Kazakhstan to foster forward their dream of becoming one of the greatest nations of the world. 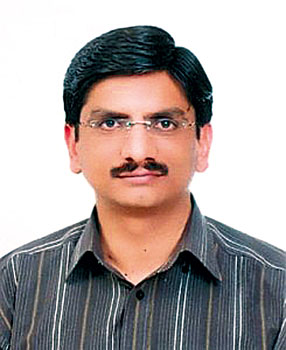 There is another proverb that says, “Where there is no vision, people perish.” Fortunately, this does not apply to the people of Kazakhstan who have a visionary leader like Nazarbayev, who outlined a vision for the future of Kazakhstan in his state-of-the-nation address on Dec. 14, 2012. The vision is called Strategy Kazakhstan 2050 and it establishes new state policies and sets pathways for people of Kazakhstan to reach their destiny of peace, development and prosperity.

The document highlights long-term strategies to achieve these goals and takes a pragmatic approach in detailing each segment of social, economic, strategic and cultural plan while providing effective mechanisms for achieving progress in the face of domestic, regional and international challenges. The document also sends the message internationally that Kazakhstan will continue to move toward a market economy and democracy, while maintaining its role as a visionary regional and global leader.

It can be anticipated that Kazakhstan has a chance to become an Asian Tiger by 2050.

Recently, President Nazarbayev was ranked as one of the top five great leaders of world whose contribution has led their country to the highest level of development. This study was conducted by Post-Crisis World Foundation comprising more than 300 experts from 63 countries.

The vision which President Nazarbayev has proposed for Kazakhstan is both conceptual and practical. Leaders of the world often propose their country’s strategies for one to five years, but envisioning almost four decades ahead is something that has drawn world attention. His farsightedness and ability to look ahead are among the characteristics that have given him immense popularity within and outside Kazakhstan. His commitment to the country is also reflected in how well he has maintained the pace of development utilizing innovative ideas. Many analysts view the Strategy 2030 presented by Nazarbayev 15 years ago as a success for the country. It’s been predicted that Kazakhstan will become an energy and economic hub for years to come and the government is embarking on strategies to establish and enhance its role as a regional and global leader in the energy sector.

Before commenting on various aspects of Strategy 2050, I would like to note the country’s socioeconomic progress over the last 20 years since gaining independence.

During the early months and years of independence, there was the challenge of how to deal with the post-independence state and nation building. Kazakhstan and Nazarbayev passed those tests with great success. It is because of Nazarbayev’s leadership and reforms to the Soviet style economy that Kazakhstan navigated the muddy waters of post-independence and quickly emerged on a path toward progress.

Significant progress has been made in the sectors of oil and gas and the benefits have been shared and applied to improve the lives of the general public. Nazarbayev has made bold decisions and taken risks. During the initial period, Kazakhstan was an agriculture-based economy and a raw materials supplier for the industries of the former Soviet Union. After independence, the country gradually moved towards a market system. Fortunately, during these initial years, the country didn’t face any of the political upheaval or disturbance, which allowed a faster pace of progress than other Commonwealth of Independent States countries and allowed Kazakhstan to become a reformer in the region.

After the formidable phase in 1997, President Nazarbayev announced “Kazakhstan 2030: Prosperity, Security and Ever Growing Welfare of All the People of Kazakhstan.” The plan was based on three main areas of development: building a modern nation state by moving towards a market economy, laying the foundation of a social system and finally transforming people’s thinking and outlook.

Since the announcement of this road map, Kazakhstan has become one of the first countries in the post-Soviet space to develop a modern market economy based on private property, free competition and openness. This was a wise decision and facilitated the attraction of large amounts of foreign investment. Kazakhstan has attracted more than US$ 160 billion in foreign direct investment. One of the major reasons behind Kazakhstan’s economic growth has been foreign investment, mainly in the country’s booming oil and natural gas industries. The country has withstood the test of time and has progressed at a steady pace with Nazarbayev’s visionary and foresighted leadership. Kazakhstan, as a country located at the crossroads of East and West, sets examples for developing countries.

Kazakhstan 2030 outlined seven long-term priorities based on the challenges that were considered significant for the growth and prosperity of the country. These included national security, domestic stability and consolidation of society; economic growth based on an open market economy; health, education, and welfare; effectively utilizing energy resources; transport and communication infrastructure; and the professionalization of public administration. The strategy also outlined various ways to implement these seven aspirations and critically evaluated the success and failures of the policy.

One question analysts asked was why the deadline was set for 2030. There are several reasons for this. One reason was that the first thirty years represents the active life of one generation. Another reason is that the thirty-year period up to 2030 is expected to see the exhaustion of Kazakhstan’s oil deposits and is therefore the period in which alternative energy sources will have to be found. This strategic development vision was formulated with a step-by-step approach towards achieving targets like 1998-2000 (preparatory stage), 2001-2010 (first stage) and 2010-2019 (second stage). These and other documents were meant to accelerate the growth of the country in an organized manner. President Nazarbayev has reported on the successes in reaching the 2030 Strategy goals in domestic and foreign policy in his annual addresses to the people of Kazakhstan since 1997, when the strategy had first been unveiled. The main thrust of the 2030 strategy remains even with the announcement in 2012 of Strategy 2050.

With vision 2050 in place, Kazakhstan has set goals that are achievable and meant to make the country a modern, free and prosperous state in the heart of Central Asia. The 2050 vision is based on and summarises the experience of the 2030 strategy. The 2050 strategy progresses the 2030 concept with new tasks and goals. The strategy is a reflection of the resolve that Kazakhstan is showing to the world regarding its determination to confront challenges and continue working on a path to develop a market economy and democracy, as well as to develop a foreign policy as a regional leader.

The approach is step-by-step where the first five-year period programme of Accelerated Industrial-Innovative Development is approaching its end and the president has directed for the development of a plan for the next five-year phase of industrialization. This programme of innovative industrial development is based on the fact that in the modern era, economic development is based on skillful use of knowledge and innovation. Within Kazakhstan, what stands for innovation is using knowledge to introduce new technologies and news types of products in all industries and especially focusing on social management as part of industrial development. Since Kazakhstan is aspiring to become the leader in the region, this can only be possible through an innovative, strong, industry-based economy and through optimum utilization of existing human resources.

President Nazarbayev’s leadership, strategic vision and charisma have done a lot for his nation and country. With these futuristic road maps, he has the potential to lead and engage his population to work for development. He has inspired his countrymen to follow a path of innovation and with his eyes towards the future remains optimistic about fulfilling his dreams. He can plan and execute with his government the goals that have been set by the leader himself for the country. Kazakhstan’s potential as one of the leading nations of the world in future is based on the fact that a great countryman like President Nazarbayev is heading and leading the country. Kazakhstan is entering into a new stage of development with new technologies, new ideas and approaches of innovative development and increased competitiveness based on the modernization of its socio-economic base and this is all because of the visionary leadership of President Nursultan Nazarbayev.

The author is director of the Institute of Diplomacy in Islamabad, Pakistan.