ASTANA – There are no grounds for a devaluation of the national currency, Kazakhstan’s central bank said in a statement released in Almaty on July 25 in response to rumours. The country’s currency, the tenge, has depreciated against the dollar for 21 consecutive trading seasons. 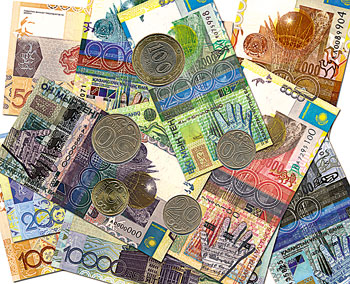 “At the moment there are no internal or external factors to drive the currency devaluation. The National Bank will keep on pursuing a policy to mitigate any possible fluctuations of the exchange rate,” the bank’s statement said. The National Bank of Kazakhstan, which is based in Almaty, said it will continue to “soften sharp fluctuations of the tenge without influencing the general trend” of the exchange rate that market forces determine.

At an online conference organised by Profinance.kz, Central Bank Governor Grigoriy Marchenko called the tenge’s one percent drop in July a “technical correction.” Net interventions on the domestic currency market over the past three years and into 2013 were “practically equal to zero,” he said.

“Global prices for energy and fluctuation of currencies in major trade partners of Kazakhstan are among the most crucial factors defining the exchange rate of the tenge. Global prices for crude stand at over $100 per barrel and keep on growing steadily,” the statement said.

Fluctuations in the currency of major trade partner Russia have the most significant impact on the tenge, but Kazakhstan’s currency wouldn’t face serious pressure unless the rouble depreciated to 36 to the dollar. The bank’s statement said exchange rates with the country’s major partners had been stable, fluctuations had been “insignificant,” and that Russia’s short-term devaluation last month had no effect on Kazakhstan’s currency.

Kazakhstan’s 21 percent devaluation of the tenge in February 2009 followed a 40 percent depreciation of the rouble. The rouble last traded weaker than 36 per dollar in March 2009 and is currently trading at about 32.5 per dollar. According to data from Bloomberg, Kazakhstan’s currency has appreciated more than 5 percent against the dollar since 2011 and trades at about 153 tenge per dollar today.

The bank’s statement said there had been frequent devaluation rumours over the past 4.5 years and that those rumours were spread deliberately to serve the interests of some groups. “There will be no devaluation,” Marchenko said at the online conference. “If someone wants to stand in lines and buy dollars, we’ll sell them to them.” He also said that the expected release of a commemorative 20,000 tenge banknote was not an indication of a currency devaluation but instead a commemoration of 20 years since the introduction of the national currency in November 1993.