KOSTANAY REGION – The Department of Ecology in Kostanay is actively working on eliminating the impact of industrial enterprises on its environment and taking steps to ensure the region’s protection, including checking on polluters, enforcing environmental standards and taking control of hazardous waste. 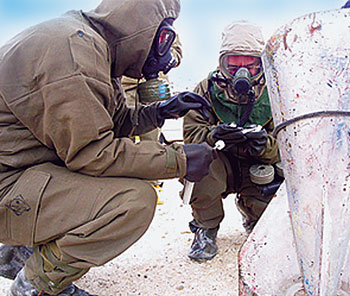 In May 2013, the local budget paid to dispose of hazardous chemicals previously owned by the Kazkhimvolokno company. In 2008, the company delivered 123 tons of hazardous chemicals for fibre production. However, the restoration of the former chemical plant designated for the purpose remained unimplemented, and Kazkhimvolokno went bankrupt. The expired chemicals posed a real threat to the population and the environment of Kostanay, and the question of what to do with them was challenging. By court decision, the poisonous substances were converted into communal property as ownerless, taken to a specialised enterprise and broken down.

This is just one example of the effective interventions of the department in maintaining and strengthening the region’s natural environment, which is generally well kept. Five years ago, they formed a register of regional environmental problems, which included 12 issues that negatively affected the area. From funds allocated by the Ministry of Environmental Protection, the region expanded its air quality monitoring network. For the first time, monitoring stations were installed in Arkalyk, Lisakovsk and Zhitikary, where such major natural resource users as Kostanay Minerals and the Orken and Arkalyk companies operate. There are six stations in total keeping track of the air quality in urban areas, where a significant amount of the region’s population lives.

Kostanay borders the industrially active Russian Urals region, which is beneficial from an economic point of view, especially in light of the Customs Union and the formation of the Single Economic Space. From an environmental point of view, however, that presents challenges.

The Kostanay Department of Ecology carried out routine checks of the Troitsk GRES, a subsidiary of Russia’s largest thermal company, Wholesale Generating Company No. 2 (OGK-2), on the issue of compliance with Kazakhstan’s environmental legislation. The audit found evidence of excessive and unauthorised releases of pollutants into the environment as a result of dusting sections two and three of the company’s ash dump in 2011 and 2012. Charges against penalties for these violations amounted to more than 96 million tenge ($627,000).OGK-2 appealed the results of the check to judicial authorities, but the environmentalists’ findings were upheld. On June 25, OGK-2 paid its fine. 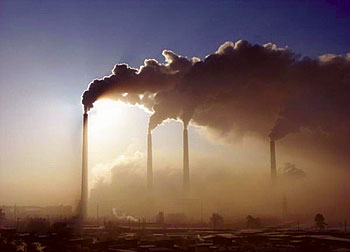 Ecologists in Kostanay have increasaingly become active in taking on industrial enterprises and bringing them in line with more stringent environmental standards.

This is, of course, not a complete solution: pipes continue to release smoke, which the wind carries to Kostanay. In December 2012, at the initiative of the Ministry of Environmental Protection, the fundamental question of ending the dumping of ash waste and eliminating the ash dump was resolved. In Moscow, a meeting of the Intergovernmental Commission on Cooperation between the Russian Federation and the Republic of Kazakhstan was held and the decision to stop the use of the ash dump from May 1, 2018 was taken.

Following the meeting, the Ministry of Energy of the Russian Federation assumed the associated liability. OGK-2 must conduct at its own expense a complete technical and biological reclamation of the ash dump by the end of 2018, thus solving Karabalyk district’s most pressing environmental problem.

In recent years, the number of inspections the department has made has decreased, while the number of violations registered has increased. In 2012, 149 violations were found at 805 companies. In 2013, the department tested 273 enterprises, almost three times less, but the number of violations increased by 3.2 times, from 149 to 491. In the first six months of 2013, the activities of 87 enterprises were suspended, compared to only 10 in the same period last year. The environmentalists believe that the quality of their audits has improved.

The department has demonstrated, however, that it does not consider all users of natural resources potential enemies. It reduced the length of time for issuing an environmental permit from 60 days to 20. All environmental permits in the current year were issued in electronic format via the Internet.

The department has also set up an expert committee, which collectively considers all environmental permits and projects for compliance with environmental legislation. This measure allows for a more objective and comprehensive review of applications and reduces the risk of corruption offences.