Kazakhstan and Jordan: 20 Years of Cooperation, New Horizons Ahead

The diplomatic relations between the Republic of Kazakhstan and the Hashemite Kingdom of Jordan were established 20 years ago, on February 8, 1993. 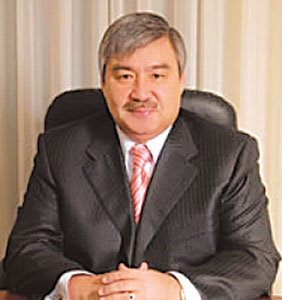 Jordan has traditionally played an important role in the political process in the Middle East. Jordan supports good relations with Western countries and on the other hand it is an important part of the Arab-Muslim community that carries out flexible and pragmatic foreign policy with a non-confrontational approach.

During the 20-year history of our diplomatic relations, Jordan has become one of our closest partners in the Middle East. Astana and Amman share similar views on a variety of regional and global issues. Friendly relations and mutually beneficial cooperation between the countries have been supported both bilaterally and within the international organizations and forums.

Kazakhstan has become the priority for Jordan, which is specifically stressed by the leadership of the Kingdom who instructed to provide all possible assistance to the Embassy of Kazakhstan in performing its activities.

Although the diplomatic relations between the two countries were established 20 years ago, the active phase of the bilateral cooperation has begun with the mutual official visits of Jordan’s King Abdullah II to Astana in November 2005 and Kazakhstan’s President Nursultan Nazarbayev to Amman in November 2006.

Since that time, the truly confidential and brotherly relations have been developed between the two leaders. Suffice it to say that over the past six years our President has paid two official visits to Amman and King Abdullah II came to Astana four times on official and private visits. In addition, another four bilateral visits were made by the heads of government of the two countries: two visits by Prime Ministers, Ministers of Defense of Jordan Maarouf Al-Bakhit in 2006 and Samir Al-Rifai in 2010 to Astana and two visits by Prime Minister of Kazakhstan Karim Massimov to Amman in 2009 and 2010 respectively.

Before Kazakhstan opened its Embassy in Amman, Kazakhstan’s Ambassadors Extraordinary and Plenipotentiary in Cairo Bolatkhan Taizhan, Askar Mussinov and Baghdad Amreyev had been responsible for the development of the Kazakhstan-Jordanian cooperation as non-resident ambassadors in Amman.

In 2007, according to the Decree of President Nursultan Nazarbayev as of 2006, I was appointed the first Ambassador Extraordinary and Plenipotentiary of the Republic of Kazakhstan to the Hashemite Kingdom of Jordan with residence in Amman.

Taking into account the economic opportunities of Jordan, the Embassy mainly focused on the development of the political relationship, which today has reached a high level.

Jordan continuously provides support for Kazakhstan’s initiatives on the international arena such as the Conference on Interaction and Confidence Building Measures in Asia (CICA), the Congress of Leaders of World and Traditional Religions, the Astana Economic Forum, the International Conference “From a Nuclear Test Ban to a Nuclear-Free-Weapons World”, EXPO 2017, as well as to our activities in the Organization for Security and Cooperation in Europe (OSCE), the Organization of Islamic Cooperation (OIC), as well as at many other international conferences and events.

In 2010 and 2011, Amman supported Kazakhstan’s chairmanship in the OSCE and the OIC through the active participation in the main high-level international events of our country such as the OSCE Summit and the OIC Foreign Ministers Meeting.

In August 2011, Minister of Foreign Affairs Nasser Judah attended the meeting on providing the humanitarian assistance to Somalia, following which Jordan supplied to Somalia 10,000 tons of humanitarian aid and provided food for two thousand families, in a sign of support for Kazakhstan’s efforts in the framework of its OIC chairmanship.

Kazakhstan, taking into account the current difficult socioeconomic situation, allocated to Jordan through the OIC US$200,000 for Syrian refugees located on the territory of the Kingdom.

Despite the difficult economic situation in the Kingdom (the budget deficit is more than US$2 billion), high transport costs and the fact that Jordan is a recipient country, over the 20 years of the diplomatic relations, we have managed to reach specific results to enhance the trade, economic and investment cooperation. The legal framework has been formed; three meetings of the Kazakhstan-Jordanian Intergovernmental Committee on Trade, Economic, Cultural and Humanitarian Cooperation and four meetings of the Joint Business Council were held. A commercial centre for the trade promotion “Jordan Gate” was opened in Astana.

There are prospects for further development of trade and economic relations. The sides identified the main sectors of the cooperation which are agriculture, pharmaceutical industry and energy. Taking into account the needs of Jordan in grain and food, which makes up to one million tons per year, the Kingdom represents a particular interest for Kazakhstan as an important market for exporting domestic agricultural products.

In the framework of the Regional Business Forum chaired by Deputy Prime Minister and Minister of Industry and New Technologies of Kazakhstan Asset Issekeshev, dedicated to the development of investment cooperation between Kazakhstan and the Middle East, held in Abu Dhabi on October 24, 2011, Jordan’s largest producer of pharmaceutical products “Hikma Pharmaceuticals” announced its readiness to invest more than US$400 million in the construction of a pharmaceutical factory in the Almaty region.

In addition, the EICO Al-Eqbal Investment Company expressed interest in investing more than US$50 million in long-term energy projects (in developing renewable energy sources) that require financing on the territory of Kazakhstan.

This year, the Royal Jordan airline company jointly with the Villa Tour company plans to open direct flights from Amman to Almaty, which, along with a simplified visa regime, will boost the development of mutually beneficial cooperation in the tourism field. It is expected Air Astana will also start regular flights in this direction, since Air Astana and Royal Jordan are planning to sign a special agreement.

In 2012, Jordan was included in the list of 48 countries, whose nationals have the right to enter the Republic of Kazakhstan under the simplified visa regime. The holders of diplomatic and service passports of Kazakhstan and Jordan are exempt from visa requirements. Kazakhstan nationals can obtain a Jordanian visa upon arrival at the airport in Amman.

There are also conditions for the development of the military and military-technical cooperation. Chairman of the Jordanian Forces’ Joint Chiefs of Staff General Khalid Al-Sarayrah visited Astana in January 2010, when he met Minister of Defense Adilbek Dzhaksybekov to discuss opportunities to establish a joint venture for the production of modern high-quality military products.

In 2011, Minister Dzhaksybekov visited Jordan. This visit initiated the bilateral participation in the military exhibitions KADEX in Kazakhstan and SOFEX in Jordan. Since 2011, the Kazakhstan and Jordanian Special Forces Units take part in joint international exercises and competitions, demonstrating high results in military training.

The cooperation in the cultural and humanitarian sphere has successfully developed over these years. The Cultural Days of Kazakhstan in Jordan and the Days of the Kazakh Films were conducted in Amman, where the Jordanian audience was introduced to the Kazakh art, films and historical artefacts such as the Issyk golden warrior prince and films made by the Shacken Aimanov Kazakhfilm studio.

Every year, our talented musicians present the Kazakh art to the Jordanian public at various festivals and concerts organized by the Kazakhstan Embassy and universities. The famous musical group Ulytau visited Jordan in 2009, while delegations from such universities as the Kazakh National University of Arts under the direction of People’s Artist of the Republic of Kazakhstan, Rector Aiman Mussakhodzhayeva, the Kurmangazy Kazakh National Conservatory led by People’s Artist of the Republic of Kazakhstan, Rector Zhaniya Aubakirova, and the Gumilev Eurasian National University, visited Jordan several times.

The twin city relationship was established between the capitals, Astana and Amman. The Al-Farabi Centre for the Kazakh Language and Culture will be opened this year at the Jordan University together with the Al-Farabi Kazakh National University. In 2010, one of the central streets of Amman was named after President Nursultan Nazarbayev. In January 2012, one of the streets of Astana was named after King Hussein bin Talal, the father of the current monarch.

Today Kazakhstan is viewed as an important partner for Jordan with a great political weight on the international arena and large economic potential. The work of the two embassies signifies the importance of the mutually beneficial relationship.

The Ministry of Foreign Affairs of Kazakhstan plays a significant role in implementing tasks assigned by our head of state. During conferences, workshops and sessions at relevant international and regional levels, bilateral meetings of the foreign ministers of the two countries are held on a permanent basis, through which our bilateral relations have been developed and strengthened.

Due to the significant effects of the Arab Spring phenomenon, we consider it important to strengthen a Middle East vector of the foreign policy of Kazakhstan, which will raise our country’s role as a bridge between the East and the West, and as an important crossroads of international diplomacy.

As the Ambassador of Kazakhstan to the Hashemite Kingdom of Jordan, as well as a non-resident Ambassador to Iraq, Palestine, Lebanon and Syria, I am greatly honoured to represent Kazakhstan in the region, which used to be the Sham land. The Kazakhstan Embassy in Jordan will continue to actively promote national interests of Kazakhstan and the development of bilateral relations with our host nation.

The author is the Ambassador Extraordinary and Plenipotentiary of the Republic of Kazakhstan to Jordan.