The implementation of an effective anti-corruption policy determines the development of the legislative framework for combating corruption. 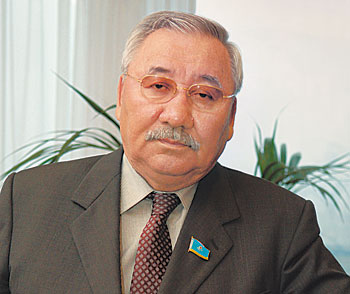 In recent years, a package of anti-corruption laws aimed at strengthening the responsibility for corruption violations has been elaborated and adopted. Anti-corruption measures were thus significantly supplemented by law, extending the framework of anti-corruption expertise in order to avoid the presence of provisions in the legislation that directly or indirectly contribute to corruption offences. The law “On state control and supervision,” which ordered checks, especially in the field of business, took an important position in countering corruption. The law “On public service” provides a comprehensive understanding of the content and quality of services provided by the state, but allows for avoiding involvement in grass-roots corruption schemes. Significant changes were made in a number of the country’s anti-corruption laws.

Legislative acts are monitored for the presence of provisions contributing to corruption, and laws eliminating corruption gaps are adopted. The actions of Kazakhstan towards implementing the most important international legal instruments in combating corruption are worth noting.

Improving anti-corruption legislation is the object of the parliament’s permanent attention. Members of the Nur Otan party play an important role in the formation of the legal framework for anti-corruption measures. Currently, in order to create the legal framework of the new phase of fighting corruption, they are elaborating the draft laws “On combating corruption,” “On public control” and accompanying draft laws.

Efforts undertaken by law enforcement agencies are not able to tackle the root causes of corruption, as the main factors that give rise to it are in the functioning of the state and economic mechanisms, as well as in the social and cultural spheres. Therefore, the president in his address to the people of Kazakhstan, “Strategy Kazakhstan 2050,” set a task of intensifying the fight against corruption, including by improving anti-corruption legislation, in order to achieve the ultimate goal: to root out corruption as a phenomenon. The state and society must stand united against corruption.

The solution to this problem was the basis for the development of the new law, “On combating corruption,” initiated by members of parliament and members of Nur Otan Oralbay Abdykarimov, Nurlan Abdirov, Svetlana Bychkova, Rakhmet Mukhashev, Ramazan Sarpekov and Aigul Solovyova.

The basis for the formation of updated legislation in countering corruption is experience based on the current regulatory framework, notably on the law “On combating corruption.”

The unique aspect of the draft law is its focus on the sphere of development and implementation of anti-corruption policy as an essential part of public policy, including measures aimed at achieving the following objectives: organising the fight against corruption at all levels; narrowing the field of conditions and circumstances conducive to corruption, increasing the probability of punishment, affecting the behaviour of officials and creating an atmosphere of public condemnation of corruption in all its forms.

The draft law includes provisions of the current law “On combating corruption” justified by the times. While drafting the law, the main international legal instruments and anti-corruption laws on a global scale, as well as the specificity of counteracting corruption in our country, reflected in laws, governmental programmes and the results of scientific research, were taken into account.

The draft law “On combating corruption” was presented in February of this year at a meeting of the Nur Otan Legal Council and then at a major international scientific and practical conference, The New Political Course of the Nation: State and Society Combating Corruption, held in Astana with the participation of Deputy Chairman of Nur Otan Bauyrzhan Baibek, heads of state bodies, respected local and international organisations, including the United Nations Development Programme and the Organisation for Security and Cooperation in Europe Centre in Astana; foreign scholars and experts.

The author is a member of the Senate of the Parliament of Kazakhstan and chairperson of the National Anti-Corruption Council under the Nur Otan National Democratic Party.